The dark comedy "Mr. Inbetween" stands out by exploring the dangers of routine violence with sobering action scenes. 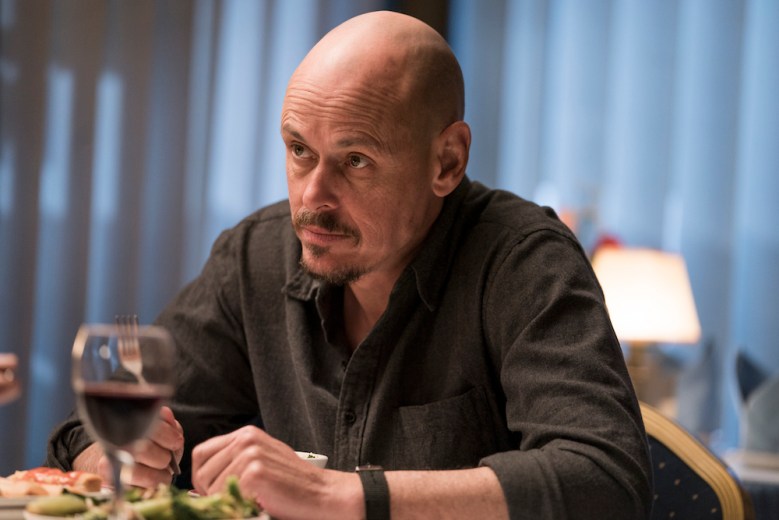 Before “Barry” stormed (North) Hollywood and “Killing Eve” killed everyone but, “Mr. Inbetween” wedged itself into the first-ever Sundance Episodic lineup. Premiering alongside everything from a screaming, drooling, animated tortoise to Steve James’ acclaimed Starz docuseries “America to Me,” the half-hour Australian import broke through with an unnervingly natural approach to a mob hitman’s sordid profession. Bits of unsuspected violence are cut with moments of utter absurdity. It’s surprising and intriguing, but Nash Edgerton’s unassuming vision is also a thoughtful evaluation of an ugly world where violence is the accepted norm.

“Mr. Inbetween” stood out then — and stands out now, after FX picked it up in the U.S. — for its pitch-black comedy, but it resonates because the eponymous mister is caught in an internal moral struggle he’s only now becoming aware of; he’s not actively trying to quit the game, like Barry Berkman, nor is he obsessed with the thrill of it, like Villanelle (and possibly Eve herself). He’s simply living his life, doing his job, and one is morphing the other into something unwanted — little does he realize.

Ray Shoesmith (Scott Ryan) is the down under embodiment of, as the kids used to say, “thug life.” He lives and breaths being an enforcer so deeply, he’s grown accustomed to its dangers and accepted its brutality. In the opening scene, Ray is having a chat with a colleague who failed to place a bet for their boss, Freddy (Damon Herriman). Bald with a pointed goatee, Ray has a memorable face but he’s not overtly imposing. He’s of regular build (with a bit of a paunch) and speaks in a quiet voice. Even when he questions people who know who he works for, it’s easy to see how they can become complacent enough to trust Ray not to throw them off a two-story landing. 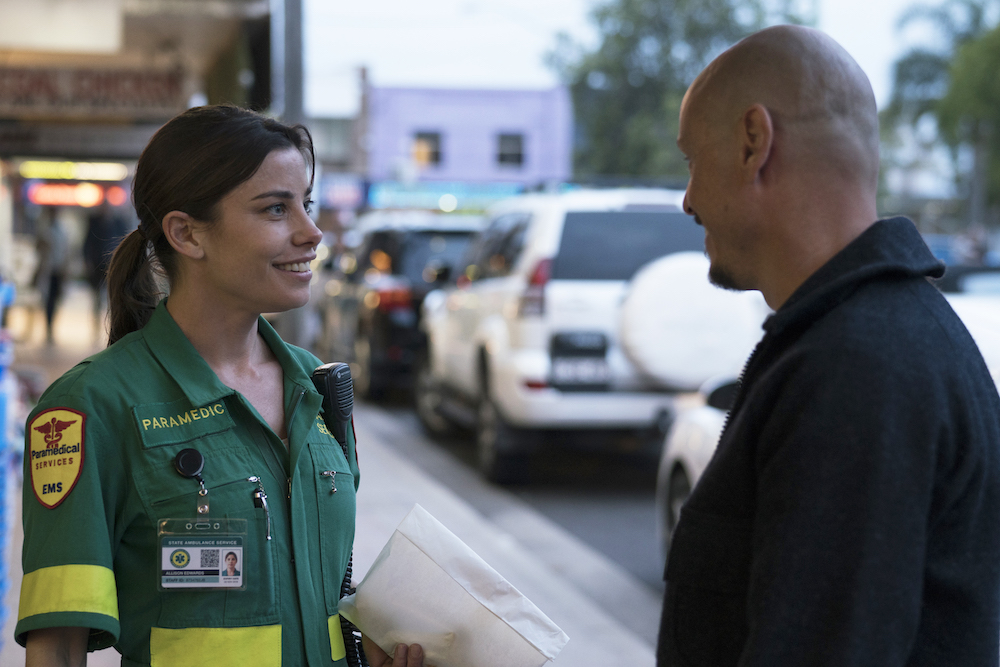 But he will and he does. Ray gets the job done because he knows he has to — Freddy and his connections are protection, even for someone who does the protecting. When he’s off-duty, he takes his young daughter, Brittany (Chika Yasumura), out for ice cream and to visit his ailing brother, Bruce (Nicholas Cassim). She makes her uncle pay up whenever he (or anyone else) swears, but as Ray puts it, “there’s no jar — the money goes right in her pocket.” Later, he casually calls it “extortion,” both copping to the con his daughter is running and playing it off as harmless.

He sees his violent actions in a similar light. After being sentenced to anger management sessions, Ray becomes disgusted by the men around him. saying he doesn’t want to “sit here with a bunch of wife bashers and child beaters.” He’s different because the people he hurts deserve it, for one reason or another. Yet there’s a glimmer of conviction in his eye and an eagerness to get to the fight that proves telling of who Ray has become; of what the job, its requirements, and the world it’s part of has made him. Is he different than those men, or just a few years away from becoming them?

By the end of the six-episode season, it’s hard to tell what to make of Ray, which is part of the series’ larger point. He embodies a macho attitude toward violence seen in onscreen heroes time and time again. He saves his friends, protects himself, and only punches people who “need” a slap to the face. There are moments when Ray’s restraint is surprising; where he could go off on a rampage and instead holds himself back. Yet there are other times when it’s clear he didn’t need to go as far as he does, and invoking a conflicted reaction asks the viewer to second guess whether violence is ever the answer.

Pair these deeper thoughts with sharp dialogue, an ideally grubby aesthetic, and strong supporting characters, and “Mr. Inbetween” ends up a rewarding experience worth much more exploration. Bruce is begging for further dissection, and Justin Rosniak’s Gary provides addictive comic relief, not to mention a hysterical half-episode B-plot that later on provides subtle insight into the savvy ways of Ray’s world. Edgerton wields such humor well, never using it to let his main character off the hook while still allowing the audience to breathe a bit. Despite an apparent over-saturation of hitman stories — and stories questioning the morality of a violent world — there’s certainly room for one more like this.

This Article is related to: Television and tagged FX, Mr. Inbetween, TV Reviews