From "Vox Lux" to “Annihilation,” she doesn't shy from challenging performances. Here, she explains why. 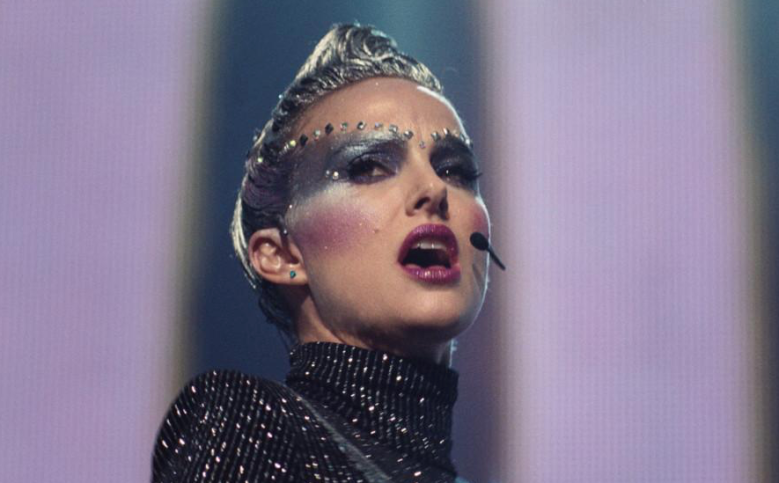 Natalie Portman shows up in the second half of “Vox Lux” like a hurricane, bursting into writer-director Brady Corbet’s mesmerizing portrait of self-absorbed pop star and overtaking the story. As Celeste, a beloved singer who survived a mass shooting in her youth and has been corrupted by fame, Portman embodies the sheer lunacy of modern popular culture.

At the Q&A for the movie at the Toronto International Film Festival, Portman described her performance as “this commodification of everything, where violence becomes something you sell, news becomes something you sell, even private life does.” She singled out a scandal in the movie’s plot that finds armed gunmen wearing masks from one of Celeste’s music videos in a terrorist attack. “What brings a terrorist and a pop star in alignment is that people paying attention to them makes them valuable and gives them power,” she said. “That kind of commodification and attention is what we’re living through right now. It’s our politics, it’s our culture.”

It’s heady, challenging material — and not an easy sell. “Vox Lux” is one of the few major TIFF titles to arrive at the festival (after its Venice premiere) without North American distribution, and whoever picks it up will face a unique marketing challenge with Portman’s dyspeptic character. Major buyers attended the premiere, but largely agreed that Portman’s name brought the movie its sole commercial hook.

At the afterparty, the actress told IndieWire that Celeste’s uneasy attributes drew her to the role, citing Gena Rowlands in John Cassavetes’ “Woman Under the Influence” and “Opening Night” as key reference points. “Those are some of my favorite performances,” she said. “Those are movies I really admire and I always feel like those are the easiest characters to relate to because they’re so human. The more broken, the more fallible, the more faulted the person is, the more I think I can relate to them.”

She added that she tends to stray from more likable types. “The hardest thing for me is characters you’re supposed to admire,” she said. “I don’t get it.” She laughed. “It doesn’t seem like a person to me,” she said. “I connect to someone who’s, like, having a hard time or not always the person they want to me, or messing up. That’s what feels human to me. It’s much more exciting for me to play.”

Her filmography bears this out. “Vox Lux” plays like a spiritual sequel to “Black Swan,” but the character’s psychological duress as she contends with the power at her disposal suggests aspects of “Jackie” as well.

Earlier this year, she starred in “Annihilation,” Alex Garland’s heady sci-fi thriller that put her at the center of a cryptic story where her motives were unclear throughout. The movie also faced tough commercial prospects: Paramount dumped the movie in theaters and sold international rights to Netflix. Portman shrugged off the potential risks of the two projects she’s tackled this year. “As an actor, you just start trying to help fulfill the director’s vision and really just try bringing everything you can creatively,” she said. “The rest is up to the business people. The most interesting thing for me is working with people who I feel push me creatively and intellectually, have great ideas, create a lot of freedom and the circumstances that you can really explore creatively.”

In “Vox Lux,” Portman upped her game from her “Black Swan” days with another dazzling onstage performance, this one requiring her to sing. Celeste’s music (actually original compositions by Sia) is unveiled at the close of the movie in dynamic stage performance that finds Portman dancing and belting out songs in a giant stadium. It’s the first time she’s carried a tune onscreen since Woody Allen’s musical “Everyone Says I Love You” in 1996, though she said of that movie, “I don’t really consider that one a singing role.” For “Vox Lux,” she underwent very little preparation. “I didn’t really prepare,” she said. “Brady wanted to show that you didn’t really have to be very good to be someone like this. I was like, ‘Shouldn’t I, like practice? Shouldn’t I perform?’ He was like, ‘Nope!’” She did receive some counseling from a vocal coach. “It was really very much like a production, with the sound producers doing their magic,” she said.

For the dance movies, she reunited with her husband, “Black Swan” choreographer Benjamin Millepied. “It was really fun because we got to prepare everything at home,” she said. As soon as the credits rolled on the movie, audiences started a guessing game to determine the real-life inspiration for Celeste’s character: Miley Cyrus? Lady Gaga? Portman declined to answer. “It’s definitely not based on one person,” she said. “There are little details taken from real people that I’m sure everyone will be able to intuit. I definitely stole little details that I found in different documentaries.”

The jarring performance matches a movie designed to keep audiences off balance. Corbet’s constant use of long takes propel viewers into a lively environment of tense backroom strategy sessions and unnerving arguments as Celeste clashes with everyone in her orbit. Portman said she loved the approach, used almost exclusively in her scenes.

“Long Steadicam takes are just the best as an actor,” she said at the Q&A. “We can just play. It’s not like little fragments. You kind of get to have the whole shape of a scene and go through it and try different things. …It felt very fun and alive in a way that’s very uncommon.” Corbet, standing by her said, chimed in. “Only really great actors love long takes,” he said.

This Article is related to: Film and tagged Natalie Portman, TIFF, Vox Lux