What could be the next "Big Little Lies" or "The Good Doctor"? The critics weigh in. 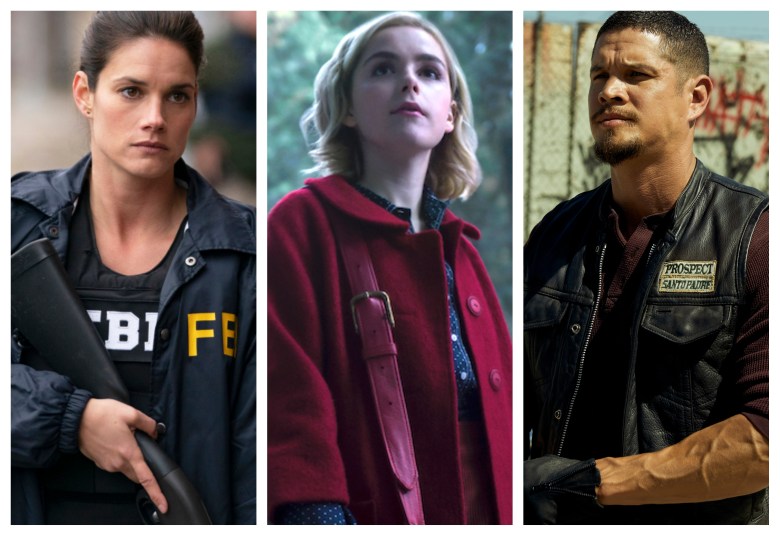 Every week, IndieWire asks a select handful of TV critics two questions and publishes the results. (The answer to the second, “What is the best show currently on TV?” can be found at the end of this post.)

This week’s question: Predict the new hit fall show. Define “hit” however you would like (ratings, buzz, cultural impact, etc.), but the show should premiere sometime between now and the end of the year.

Now, more than ever, America is hungering for the wisdom of “Murphy Brown”!!!! Actually the hit of the fall is going to be the first episode of “The Conners” where everybody tunes in to see how they handle the vicious slaughter of Roseanne Conner, followed promptly by a 70 percent drop the following week and nobody ever discussing “The Conners” again. I’d say the same about the premiere of the Robin Wright-centric “House of Cards,” but Netflix doesn’t give ratings, so I’m not sure what the point in speculating would be. In conclusion, I think “My Brilliant Friend” is going to draw the largest audience ever for an Italian-language original airing on American television. 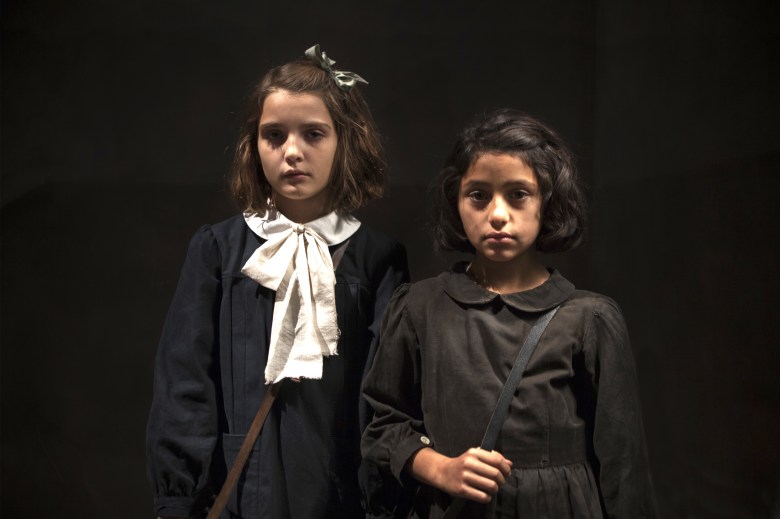 I have a good feeling that HBO’s “My Brilliant Friend,” based on the beloved Elena Ferrante novels, is going to drive a ton of buzz. The casting for the main characters is dead on, the production is lavish, and the books have a rabid fan base. Is it going to become the next “Game of Thrones”? Nah. But I think there’s a huge chance it becomes the new “Big Little Lies” or “Sharp Objects” — and in this case, there are three more books to adapt, so the show won’t simply try to extend a story that should already be over, as “Big Little Lies” is doing and “Sharp Objects” occasionally threatens to do. I think when the year-end holidays come around, this is going to be the show you press on your families to watch. And even though it features subtitles (often a turnoff to American audiences), I think it’s gonna be that good, so they’ll watch.

Marisa Roffman (@marisaroffman), Give Me My Remote

Most years, it feels the safest bet for a fall hit (in terms of ratings/long-term success) is a CBS procedural. This year, it feels like it’s going to be “FBI.”

It helps that the show feels like CBS-viewer bait from the start — a series about the FBI from “Law & Order” super-producer Dick Wolf. (“Person of Interest” co-showrunner Greg Plageman is running the day-to-day operations.) But it also has the bonus of getting one of the cushiest time slots in television post-“NCIS.” And with stars like Sela Ward, Jeremy Sisto, and Missy Peregrym attached, it also has enough familiar faces on-screen to help guarantee audiences will stick around to see what the show is like. 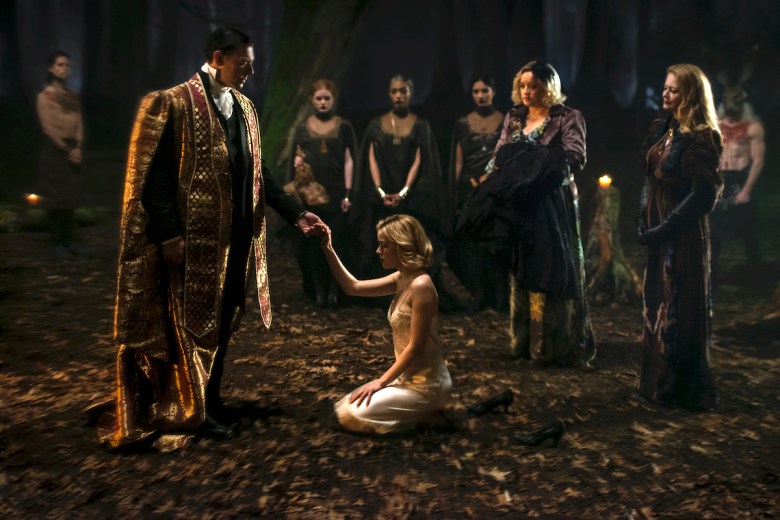 I have no reason to believe that “Chilling Adventures of Sabrina” will be the biggest hit of the fall, but I really hope it is — and not just because I want to be as cool as Kiernan Shipka one day. I think the Netflix series has the potential to be the most-buzzed-about series of the fall, whether it’s because it’s actually good TV or just because it’s ridiculously weird and fun. Or maybe because it’s both.

Toss up I think between “Chilling Adventures of Sabrina“ for Netflix with showrunner Roberto Aguirre-Sacasa or “The Romanoffs” on Amazon with Matt Weiner driving that one. Also, “Mayans M.C.” on FX. People who love Kurt Sutter are salivating for more from the 1 percent-er “Sons of Anarchy” world. These showrunners have diehard fans who will be tuning in in droves; plus, the casting for these three efforts was really well done.

If only by virtue of its format and pedigree, “The Romanoffs” seems like a pretty safe bet for Show of the Fall, and its only real competition feels like “Homecoming,” another Amazon original. Honestly, half of the intrigue comes down to the fact that while the premise is pretty clear — an anthology series about various people who believe themselves to be descendants of the Russian royal family — it also is totally bonkers and who the hell knows what that really means? Matthew Weiner making this his follow-up to “Mad Men” is enough to inspire interest: This is what he wanted to do after that groundbreaking series? Cool. Sure. We’ll watch. 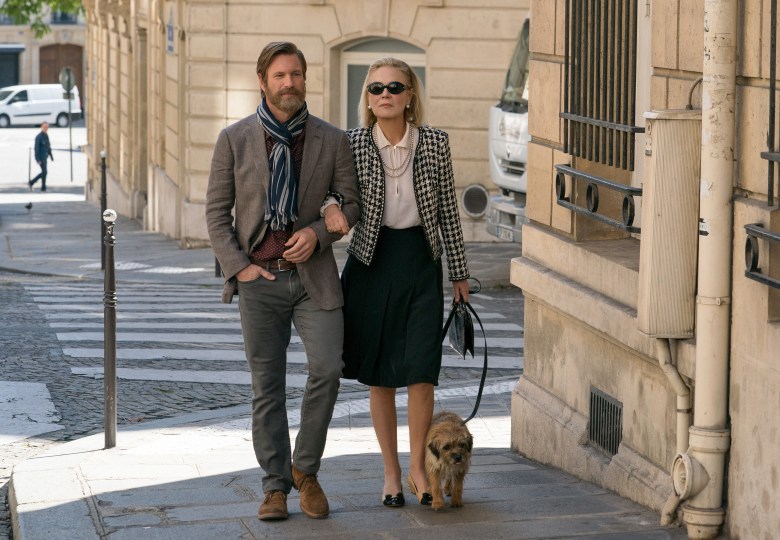 I am as bad at predicting hit TV shows as I am at predicting the Emmys, politics, sports, what my kids will want for dinner… So you should probably ignore my take here. But the safest bet is probably “Mayans MC,” which is a spinoff of one of the biggest hits in FX’s network’s history. Even if you assume a decent chunk of “Sons of Anarchy” fans were turned off by the narrative bloat of the later seasons, the ratings were still high enough that “Mayans” (which is, unfortunately, similarly bloated already) can afford to lose that chunk and still be considered a success.

I’m going with “The Rookie” on ABC. It has two main things going for it: its premise and its star. I think the “cop show with a twist” setup (it follows a 40-something rookie in the LAPD) will nab viewers who love a procedural but could get bored by something too rote (not unlike “The Good Doctor” did last year). And Nathan Fillion is prime broadcast TV eye candy, and I mean that in the most affectionate way possible. I also will be keeping an eye on ABC’s “A Million Little Things,” which is like “This Is Us” but sadder. 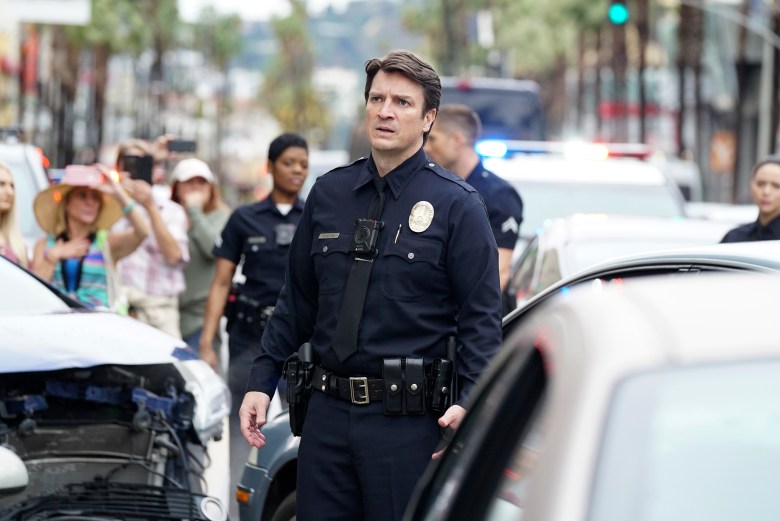 This is often a fool’s errand because network TV remains an unpredictable business (did anyone think last year that ABC’s “Roseanne” remake would be the most-watched TV show of the season? If so, I want them buying lottery tickets for me next). Usually, the best thing you can do is to try triangulating current trends with a network’s core business interests. And in that cynical calculation, CBS’ “Murphy Brown” revival wins, hands down.

It helps that CBS hasn’t yet released screeners of new “Murphy Brown” episodes, while TV critics have pored over the largely disappointing pilots of the other new series for months now. So part of this, for me, is this ray of hope that, somehow, the networks managed to mint one memorable comedy out of the pile of mediocrity debuting on broadcast this fall. But this is also a recognition of reality; both NBC’s “Will & Grace”revival and the aforementioned “Roseanne” were big hits, and CBS is about due for a high-profile revival success mined from its archives. “Murphy Brown” is a priority for the network, and most of the original cast is back. There’s really only two questions left: Can creator Diane English and star Candice Bergen lampoon the Trump era as effectively as they handled Dan Quayle? And even if they do, will audiences still care, 20 years later? 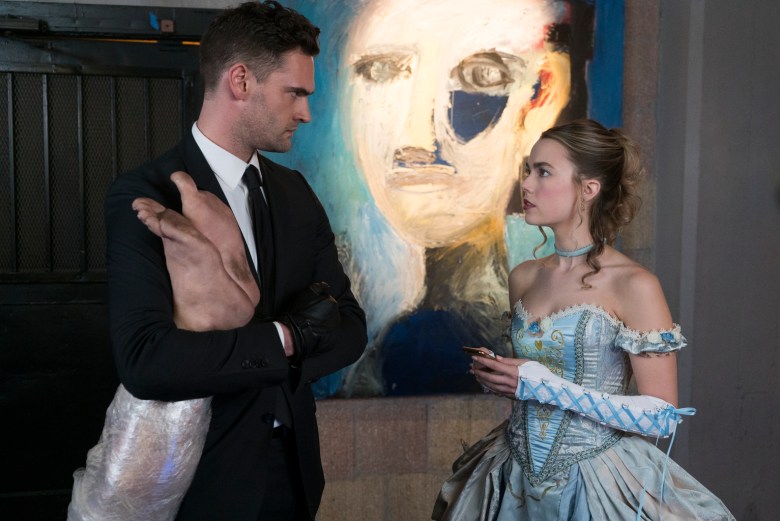 It’s always easier predicting the biggest flops of the year than the shows that will really resonate (and trust me, there are already a few obvious picks for who’s gonna fall right on their faces), so that makes you look harder at the big picture factors for success. A series that checks a lot of boxes for me is Hulu’s upcoming horror anthology “Into the Dark.” It’s got the Blumhouse bonafides, a streaming home where genre always does best, and a unique release schedule that promises to make it event TV. Once-a-month, holiday-focused scares over a full year means that it’ll get a bump in the news cycle 12 more times than something like “Black Mirror’s” episode dump, but with the same twisty prestige that’ll give fans something to chew on. With a Halloween-focused debut, I’d be surprised if people didn’t talk about the show all the way through Valentine’s Day at the minimum. Because obviously we’re gonna want to see the St. Patrick’s Day episode, right?

“You” is far and away one of the most intriguing new shows. At a glance, it looks like a stalker story but there’s so much more to it. It’s a smart, insightful, often stinging look at love and romance in the internet age. It has smart observations about how we present ourselves online and offline and how there’s a stark difference between the two. It’s filled with strong, honest writing from Sera Gamble, April Blair, and the book’s author Caroline Kepnes. Penn Badgley and Elizabeth Lail bring the two leads to life with subtlety and nuance, and the result is a compelling and addictive show. This is the new fall show you should not miss. 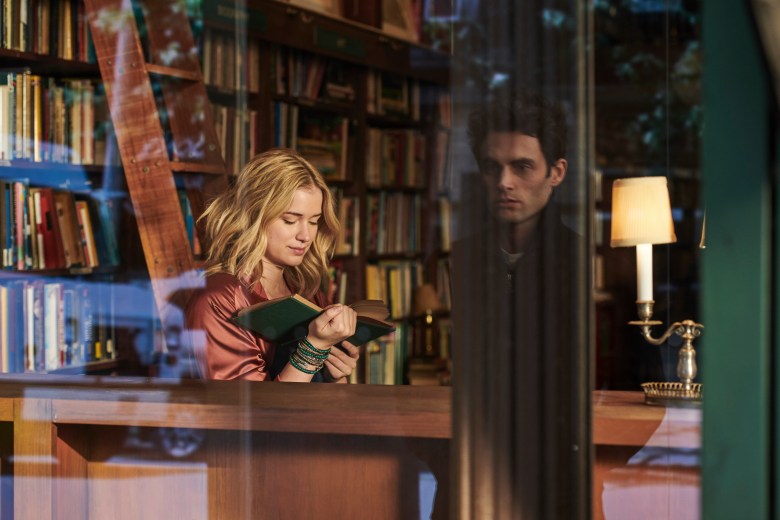 I wish it was going to be “The First,” but audiences have proven themselves too impatient to appreciate subtlety when it comes to streaming series. I’d also love it if “Kidding” attracted similar numbers to Jim Carrey’s blockbuster heyday, but expecting a significant number of viewers to join a conversation about death once a week seems like too much to ask. But, considering one of those services provides hard data and the other does not, I’m going to provide two answers:

First, the series to inspire the most online chatter and positive cultural impact will be Netflix’s “Maniac.” Cary Fukunaga’s return to television is long-awaited, long overdue, and, with just 10 half-hour episodes, doesn’t look to be very long at all. (Hooray for no Netflix bloat!) The mind-bending trip with co-creator Patrick Somerville and stars Emma Stone, Jonah Hill, Sally Field, and Justin Theroux should attract plenty of attention from film aficionados and so-called tastemakers. Hot takes will be everywhere, so the only question is whether buzz trends in the right direction (a.k.a. it gets good reviews) and if there’s enough meat to drive discussion around “Maniac” for longer than a week. I’m guessing there will be, and the awards buzz it should pull from the Golden Globes and SAG Awards should help, too.

But since Netflix gives no numbers, here’s my pick for the new ratings hit of the fall: “Single Parents.” OK, I don’t actually think this is a sure-fire bet for Fall TV’s best-viewed show, so much as I want to believe in the power of ABC family comedies (which are, for the most part, very, very good) and Leighton Meester. Make it happen, world. I don’t want to watch “The Conners,” so let it die quickly.