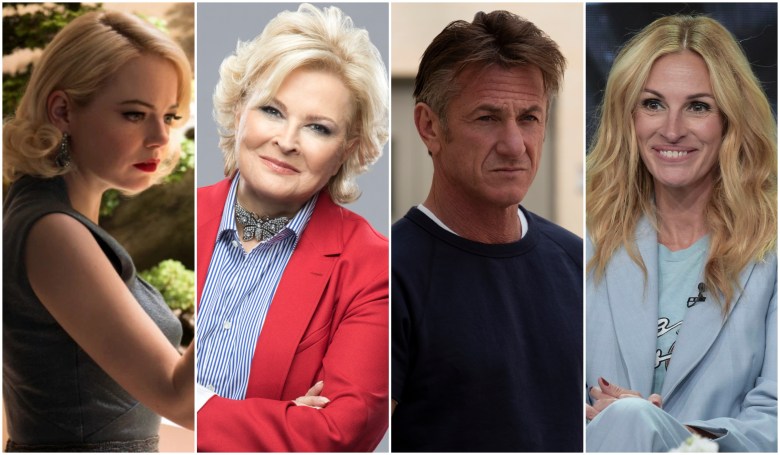 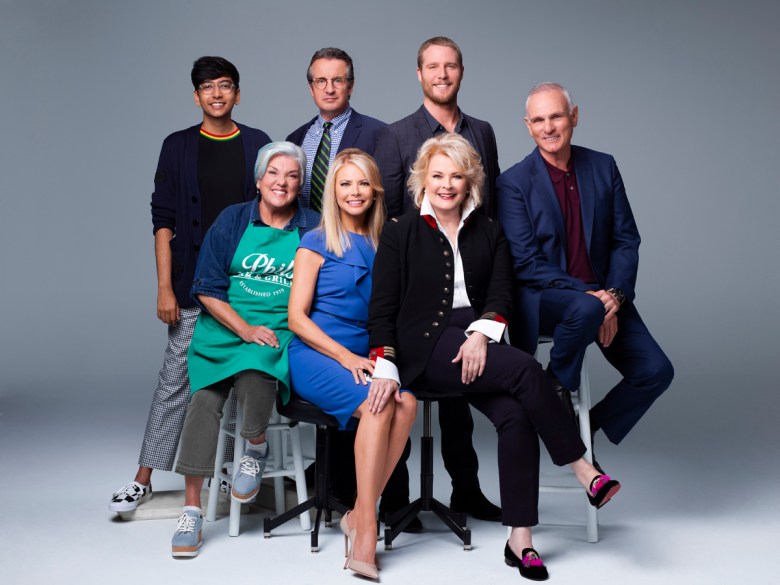 It’s been 30 years since “Murphy Brown” premiered on CBS, and 20 years since the show’s 1998 finale. A lot has changed in the world, particularly when it comes to journalism… and politics. Perhaps the only thing that hasn’t changed in the world of “Murphy Brown” is Murphy herself, still eager to report the truth and hold accountable those in power. Murphy and her fellow “FYI” anchors Corky Sherwood and Frank Fontana, along with wunderkind producer Miles Silverberg, are back together and hosting “Murphy in the Morning,” a breakfast time news show for a cable network. Among Murphy’s competitors: her own son, Avery, now all grown up, and anchoring on the “Wolf network.” English and the stars plan to shoot “Murphy Brown” as close to air as possible, in order to be topical. And given what’s going on in Washington these days, there’s no shortage of content for Murphy and company to dissect. “Our show always lived in the real world and was based in Washington, D.C., and we’ve always been a political show with something to say, but I’m focusing the show really through the prism of the press,” English told reporters this summer. “The First Amendment and free press is under attack like I’ve never seen before, I don’t think anybody’s ever seen before. The press is not the enemy of the people, and these guys, our characters, are the press. So we deal with that a lot.” 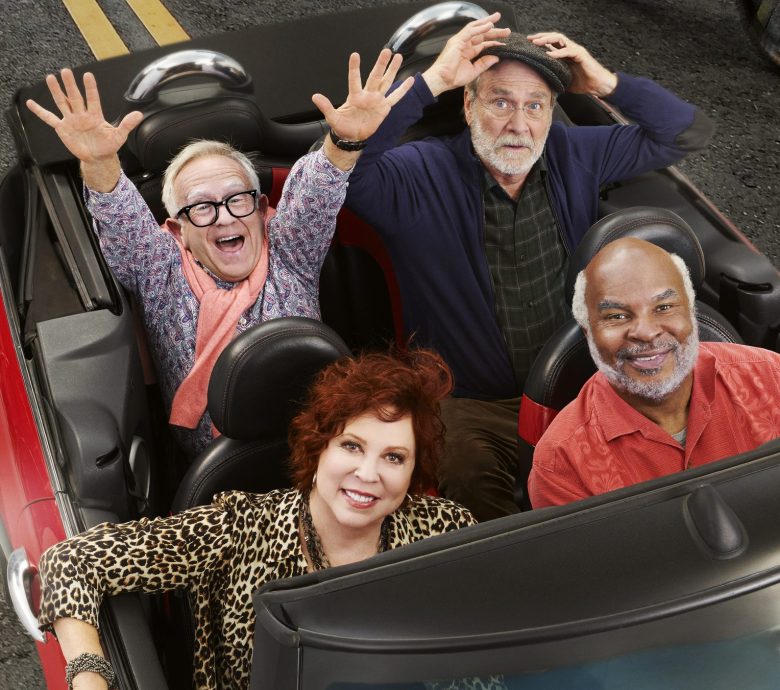 Take “Golden Girls” and add a little “It’s Always Sunny in Philadelphia” sensibility, and you get Fox’s “The Cool Kids.” “It’s Always Sunny’s” Charlie Day is among the executive producers on this half-hour, which follows the exploits of a crew of rule breakers in a retirement community. Grier stars as Hank, the crusty one of the group (think Dorothy), Mull as Charlie, the flighty one who winds up telling off-beat stories about his life (yes, the Rose), Jordan as the hedonist Sid (the Blanche of the group), and Lawrence as the brash Margaret, the newcomer who stakes her claim in the group (very Sophia of her). (If the “Golden Girls” comparison seems like a stretch, don’t forget that Lawrence starred with Rue McClanahan and Betty White in “Mama’s Family.”) 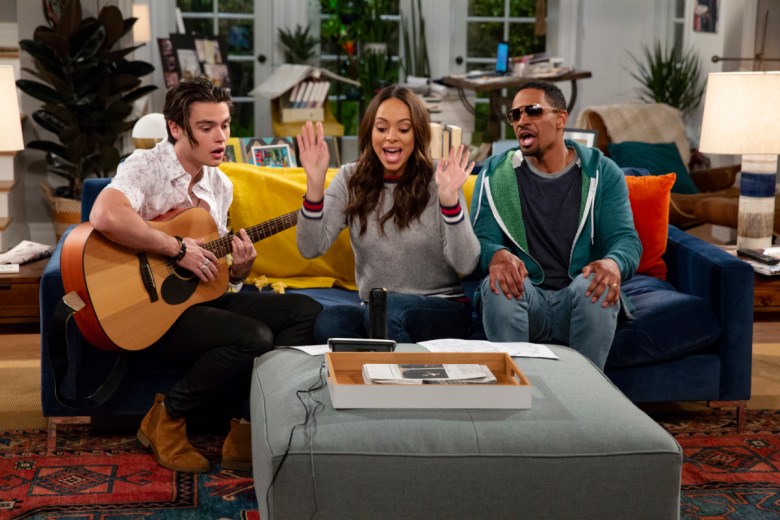 About eight years ago, Ben Winston — now the executive producer of “The Late Late Show with James Corden” — was making a film with One Direction, when star Harry Styles asked if he could move into Winston’s attic for a few weeks. Winston and his wife said yes, as long as it was temporary — but Styles ended up staying there off and on for 18 months. It was that idea, of a superstar secretly living with an ordinary couple, that inspired “Happy Together.” Very loosely based on Styles and Winston, the CBS sitcom stars West and Wayans as Jake and Claire, a couple adjusting to the boring realities of adulthood. As Jake and Claire cope with maturity, they find themselves adjusting to life with a young pop star (Felix Mallard) in their midst. 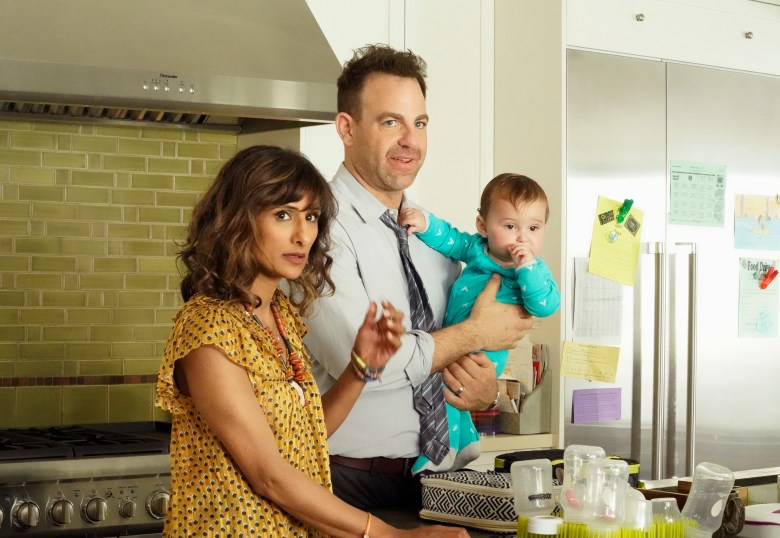 It’s not like TV is lacking in frantic mom narratives, but the upcoming NBC sitcom featuring breakout star Sarayu Blue as a woman trying to keep up with her chaotic family and work life may have a fresh take on the topic. It’s all in that title, which captures the ways in which women find themselves feeling less than perfect in so many ways, whether it be from societal pressure or their own flaws. With executive producer Amy Poehler behind the scenes, “I Feel Bad” might help us all feel a little better about ourselves. 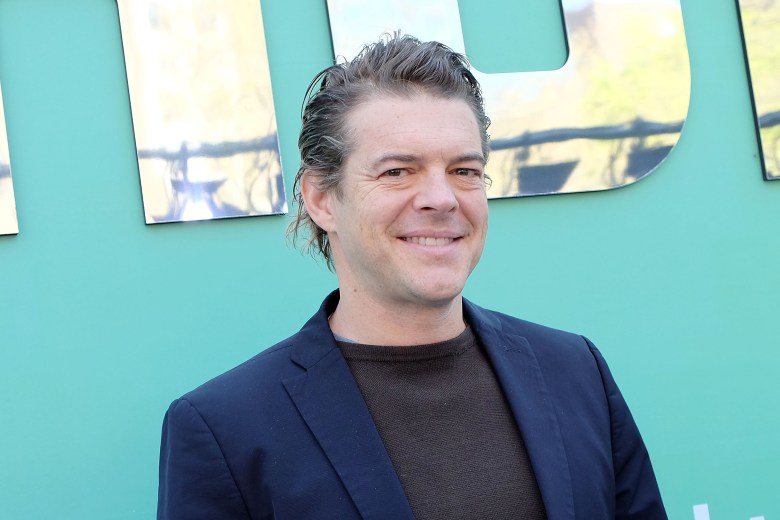 If all goes well, “Into the Dark” won’t be a new TV series; it’ll be an ongoing movie-of-the-month. Produced by Jason Blum, each new “episode” of “Into the Dark” will be feature length and released monthly. They’ll be inspired by a different holiday from the month of release, but don’t go thinking Hulu is launching its own horror version of the Hallmark channel. The featured holidays include popular annual events like Halloween and Thanksgiving, but they also cover often uncelebrated fiestas (think: Secretary’s Day) in order to expand the storytelling possibilities. As it goes with close-ended arcs, new casts, directors, and writers are featured in each month’s episode, so expect a slew of exciting artists all working under the Blumhouse brand.

“Flight of the Conchords: Live at the London Apollo” (HBO, Oct. 6) 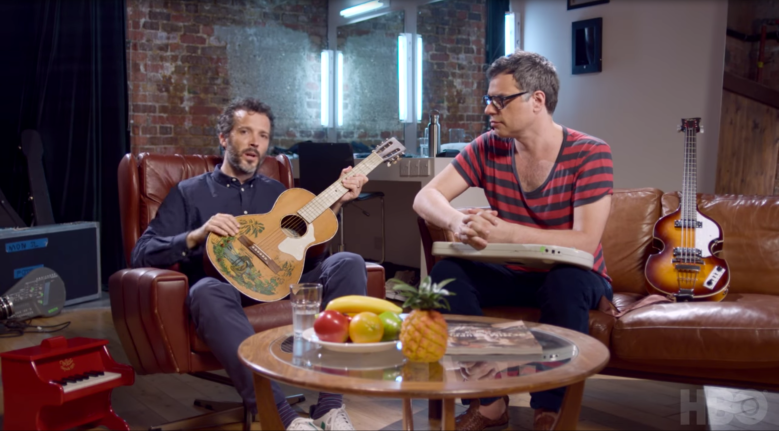 Flight of the Conchords’ Brett McKenzie and Jemaine Clement 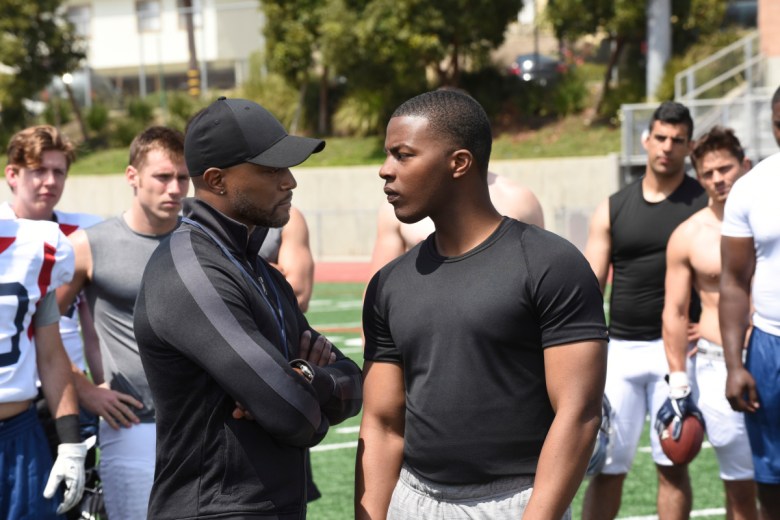 Is America hungry for another “Friday Night Lights” successor? The answer, now and forever, is yes — but while that doesn’t mean every high school show about a football team will live up to the heights of the NBC drama, it does give us a lot to look forward with “All American,” the latest Greg Berlanti-produced look at the life of young folks. “All American” adds a new twist to the action by focusing on a largely African-American cast, as gifted football player Spencer James (Daniel Ezra) finds himself a stranger in a strange land after transferring from his South Central high school to a fancy Beverly Hills academy. Actually, describe it like that, and it sounds like “The O.C.” with more football. Some people might like that sort of thing. 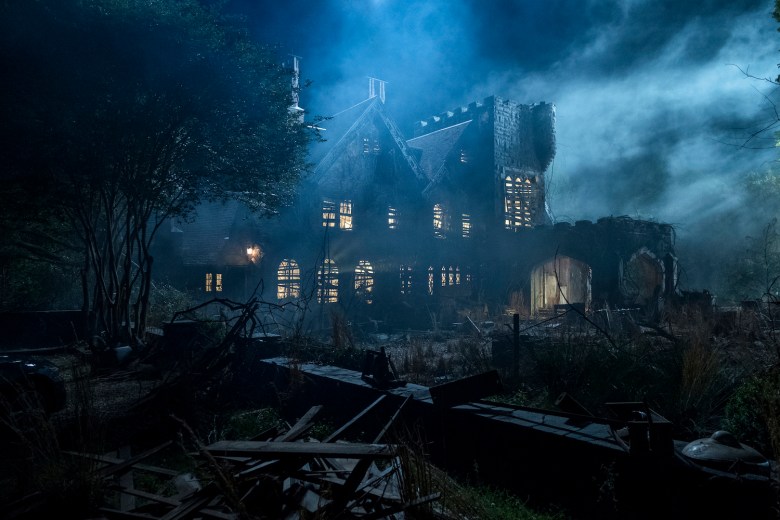 Shirley Jackson’s iconic horror novel has gone through multiple adaptations in the six decades since it was published. But this time, it’s coming to TV under the capable hands of Mike Flanagan, who is no stranger to neither Netflix nor horror stories. This tale of a potentially cursed family will be Flanagan‘s major directorial effort in between a sandwich of Stephen King projects: last year‘s “Gerald’s Game” and “Doctor Sleep,” set for a 2020 release. 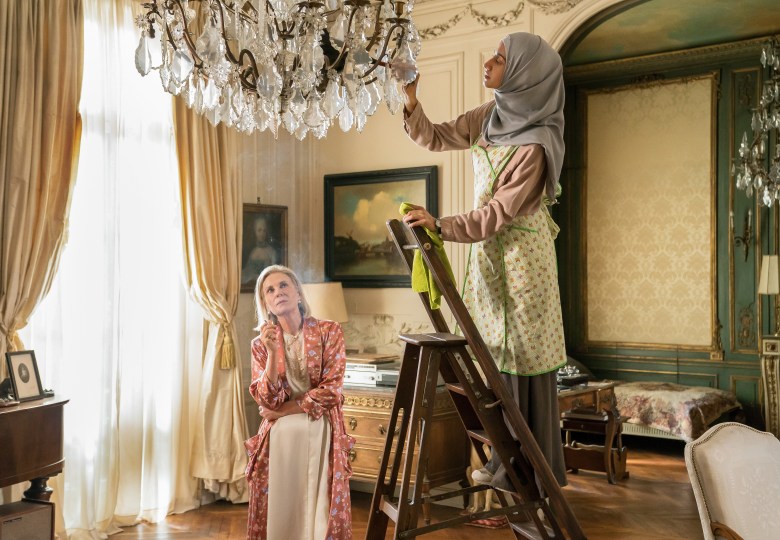 “Mad Men” creator Matt Weiner’s return to television is notable for a number of reasons: It’s an anthology series, and unlike most Amazon Prime series, it will roll out on a weekly basis. The series is tied together through the notion that it’s about a wide range of people who believe that they’re descendants of the Russian royal family. But beyond that, each of the show’s eight episodes features a different cast and location. For example, the first episode, “The Violet Hour,” takes place in Paris and stars Aaron Eckhart, Marthe Keller, Inès Melab and Louise Bourgoin. Future episodes feature Corey Stoll, Noah Wyle, Janet Montgomery, Christina Hendricks, Isabelle Huppert, Paul Reiser, Amanda Peet, John Slattery, Griffin Dunne, Kathryn Hahn, Jay R. Ferguson, and Clea Duvall. Weiner tapped several “Mad Men” collaborators, both above and below the line, to participate as the show was shot across Europe, the Far East, and the Americas. 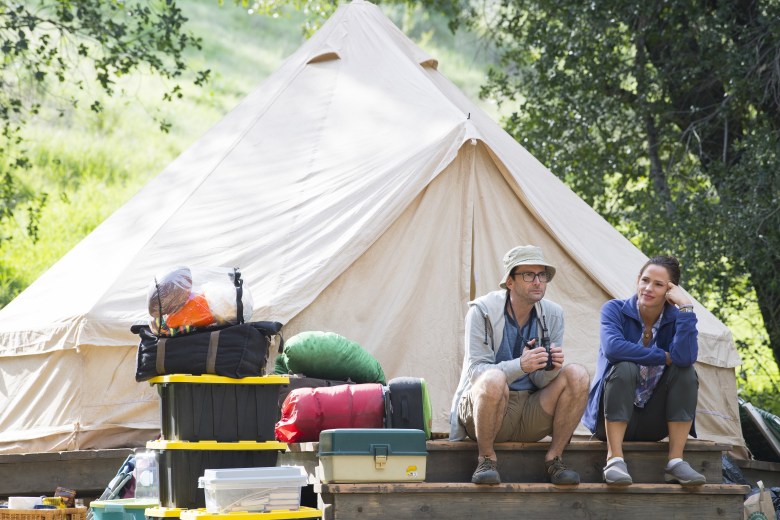 While we are loath to support yet another venture in which David Tennant bludgeons viewers with an American accent — why can’t he just be Scottish?! — following a bunch of 40-somethings try to get along and rough it in the wilderness holds its own schadenfreude-laden charms. Based on the British format, the series stars Jennifer Garner as Kathryn, a neurotic, controlling lady who just wants to celebrate her husband Walt’s (Tennant) 45th birthday with a retreat to nature.

Naturally, marriages will be tested, familial relationships will chafe, and the wildlife will do best to remain hidden. Joining in the ill-fated fun are Kathryn’s sister (Ione Skye), Walt’s brother George (Brett Gelman), sister-in-law Nina-Joy (Janicza Bravo). Busy Philipps and Nicole Richie will also show their faces at some point.

Page 2 of 3
Continue Reading: Fall TV Preview: The 30 Most Interesting New Shows of 2018

This Article is related to: Television and tagged Fall TV Preview