The actor told IndieWire that he doesn't expect to tackle the project now, but he has plenty of ideas about it. 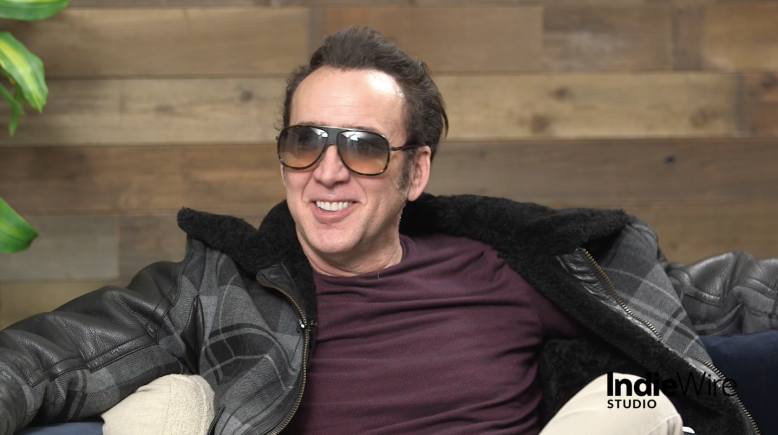 Nicolas Cage did his time with superhero movies. In the late nineties, he was attached to play the Man of Steel in “Superman Lives,” an unrealized project set to be directed by Tim Burton. Over the years, the potential of that collaboration gained mythological status, with photos of Cage in the iconic red-and-blue outfit making the rounds online. Cage eventually did get the chance to play a superhero, albeit a very different one, in two “Ghost Rider” movies — but the Superman franchise moved on without him.

This week, as rumors circulated that Warner Bros. and DC would be dropping Henry Cavill from the role as the studio refocused its priorities on a Supergirl movie, hordes of Cage fans mobilized to remind the world of the potential the actor showed decades ago. However, Cage has moved in a different direction over the years, epitomized by the movie opening this week.

In “Mandy,” he plays a forest-dwelling wild man seeking revenge against the cult that murdered his wife, and his rage-filled performance merges with director Panos Cosmatos’ gnarly, dreamlike vision.

For his part, Cage said in an interview this week that the prospects of chasing big studio projects like “Superman” no longer appeals to him. “I’d love to, but they have to invite me,” he said. “I’ve kind of gone in this other direction and I’m happy with this little world that I have. I think it’s been a mutually successful relationship.”

Nevertheless, Cage remains a serious fan of the character — his son is named Kal-El, Superman’s birth name — and said he felt that the franchise had plenty of potential. “There’s certainly a character there that has aspects that have not yet been seen before,” he said. “All the feelings of alienness. How am I going to fit into society? Maybe if I become a hero, everyone will love me, even though I’m a freak. All that stuff really wasn’t tapped into with the character. He’s quite vulnerable. I don’t know who should do it, but best of luck to them.”

With Henry Cavill out, there’s only one person who can save the DCEU and it’s Nicolas Cage as Superman, finally pic.twitter.com/eWAB1AAbzP

He added that he was a fan of Cavill’s performance, which started with Zack Snyder’s “Man of Steel” and continued through “Batman v. Superman” and “Justice League,” where the character was resurrected. “I thought Henry Cavill was a very good Superman and I liked the anger he brought to the role,” Cage said.

However, he added that the question of whoever tackles Superman next is less pressing than who the studio will hire to direct the next project. “You have to have a filmmaker that can create worlds,” Cage said. “I can only think of maybe two right now.” He singled out “Mandy” director Cosmatos for his expressionistic style. “I would love to see Panos’ version of Krypton,” Cage said. “The other one would be the original guy I had, Tim Burton.”

In any case, Cage said he has plenty of other options these days. With “Mandy” behind him, the actor has a range of new projects in the pipeline, including Japanese director Sion Sono’s first English-language feature “Prisoners of the Ghostland.” For now, “Mandy” stands out to him as the best example of the projects that excite him.

“I’m thrilled that I get to make movies like ‘Mandy,’ that I get to star in these movies,” he said. “If the studio wants to call, great. If they don’t, I’m fine.” He sang the praises of Spectrevision, the company behind “Mandy” co-founded by Elijah Wood, Daniel Noah, and Josh C. Waller. “I love Panos. I love Spectrevision, Elijah, Josh, and Daniel,” Cage said. “I’ve met some really creative people, and it’s not stopping.”

“Mandy” is now playing in limited theatrical release and is available on VOD.