The 75-minute documentary hinges on a career-spanning interview, and streams for one week only. 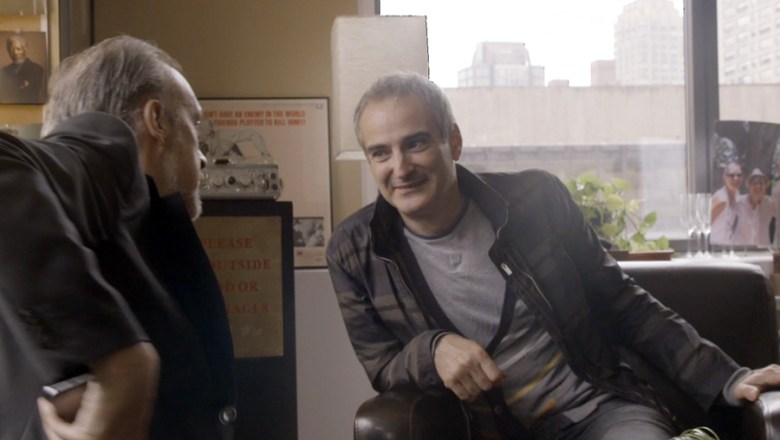 There’s never been a better time to be a fan of restlessly brilliant French auteur Olivier Assayas. His recent collaborations with Kristen Stewart (“Personal Shopper” and “Clouds of Sils Maria”) have taken root in the American film discourse, his “lost” 1994 masterpiece “Cold Water” has joined those films in the Criterion Collection, and his fiendishly clever new comedy, “Non-Fiction,” is lighting up the festival circuit in advance of its release from Sundance Selects next year. And thanks to Le CiNéMa Club, starting today through next Friday, the free cinephile streaming platform is sharing an intimate new documentary about Assayas’ work, and the making of “Personal Shopper.”

Directed by Benoît Bourreau, and commissioned as part of Janine Bazin’s legendary “Cinéma, de notre temps” series (which comprises more than 100 episodes, each of which dissects the work of a major director), “Aware, Anywhere” offers a lucid and insightful look inside Assayas’ unique approach to filmmaking. The 75-minute documentary hinges on a career-spanning interview between Assayas and longtime friend/programmer Kent Jones (a filmmaker in his own right) at the 2016 New York Film Festival, where the two men talk about everything from “Irma Vep” to Assayas’ adamant hatred of dailies.

For some Assayas diehards, a lot of this stuff might sound like old hat. But even if you’ve followed the director’s career for decades, you’ll get a kick out of the behind-the-scenes footage that Bourreau includes from the set of “Personal Shopper,” which helps bridge the gap between the immaculate finesse of his films, and the semi-improvised method by which he shoots them. We also get a look inside one of Assayas’ only flirtations with CGI, and — finally! — a glimpse at how he shot Kristen Stewart’s infamous texting scenes.

Click over to Le CiNéMa Club to watch the documentary while you still can.

“Aware, Anywhere” screens for free (and ad-free!) on Le CiNéMa Club until October 5.