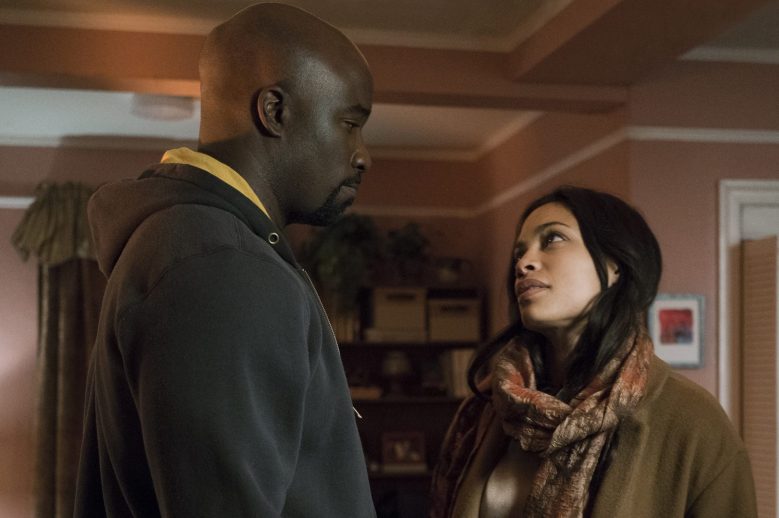 Rosario Dawson doesn’t know if she’ll ever return to the Marvel universe, and so when she filmed her last scene in Season 2 of “Luke Cage,” she asked to contribute to her character’s goodbye.

Speaking to the crowd during a panel at the 2018 Tribeca TV fest on Saturday, Dawson and moderator Laverne Cox went over her eclectic and fascinating career, which includes appearances in Marvel’s “Daredevil,” “Jessica Jones,” “Luke Cage,” “Iron Fist,” and “The Defenders” as Claire Temple, known originally to comics fans as the Night Nurse.

“I got offered this role to play a nurse, and I knew from my nerdy friends that she was a cool character. But I was like, ‘I’ve never heard of her, she doesn’t have powers,'” she said to laughter. “She’s got like MacGyver powers — your arm’s bleeding out, okay, here’s some alcohol and floss.”

Dawson remembered that when they shot the first season of “Daredevil,” in which she appeared in five episodes, “a lot of people on it didn’t know what we were shooting — it was called ‘Bluff,’ and [Matt Murdock] didn’t get into the costume until the end. Everyone was super-hush-hush about it.” 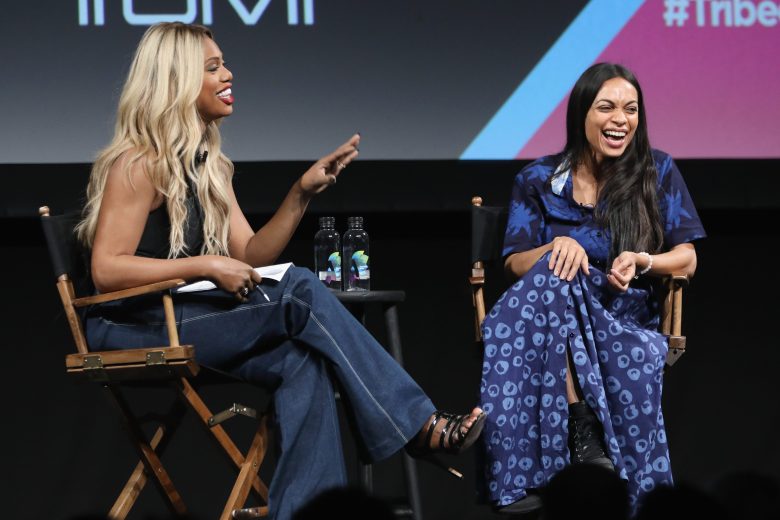 And thus, under that veil of secrecy, “we just had this awesome experience putting this thing together, but not knowing at all if it was going to do well.”

Several years later, Dawson has become the one commonality across all the “Defenders” series, with one exception: “‘The Punisher’ was always the one I really loved — I couldn’t believe I wasn’t on that one,” she said to the crowd.

And she’s not sure when she’ll be back, following her last appearance in “Luke Cage” Season 2. Which is why, when they filmed her break-up scene with Luke in Episode 3, “Wig Out,” she wanted to have some input.

“I felt really grateful,’ she said, “because Cheo Hodari Coker was the showrunner, and it was kind of looking like, at least for that season, who knows if I’ll come back again? This was looking like it was going to be a big final scene for Claire, and it was really as a culmination of three years and being on five different shows.” (When asked by IndieWire, Marvel had no comment on whether Dawson would appear in future Marvel series.)

That final scene, which begins with “I love you” and ends with Luke punching a hole in the apartment wall, is one of the best of the series, touching upon the everyday sort of racism and sexism that both characters have experienced, while also explaining so clearly why the relationship between Claire and Luke is ultimately doomed. It’s an equally balanced back-and-forth when you watch it, which was something Dawson pushed for.

“When the scene was first written, to be honest, it was a little bit more written on his side and his storyline and that kind of stuff,” Dawson said. “And I approached Cheo and had the audacity of adding some lines and rewriting some stuff and asked him if that could work.” 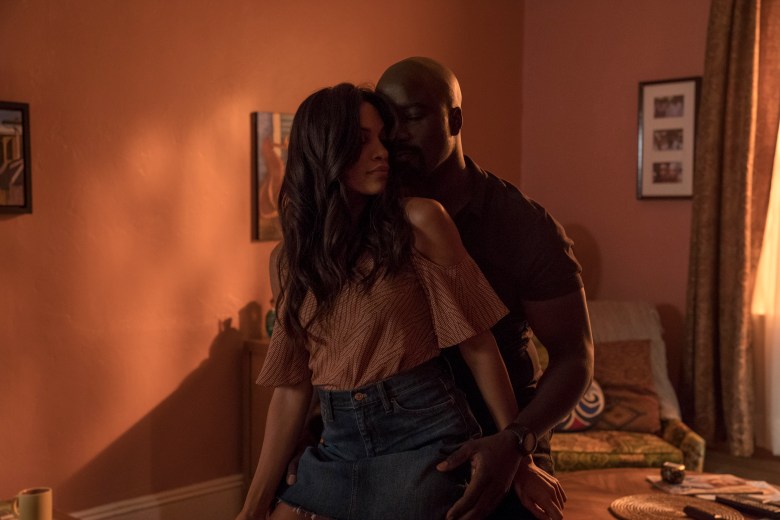 Not only was Coker open to her suggestions, but “he gave me a really amazing compliment — he said, ‘You want to join the writers’ room? Because this is great.'”

Dawson made it clear that the scene’s big themes were already present in the script, but she was grateful for the opportunity to make sure that Claire was well-represented, “out of the instinct of knowing that after five different shows this was probably going to be at least for now a kind of goodbye for Claire. I wanted it to really honor this journey I’ve had with her, and what she’s been and what she’s stood for, and what she means to a lot of people.”

After all, the Marvel universe is focused around characters, but Claire, Dawson said, “means a lot, because you don’t have to have special superpowers to make a difference and an impact in your community and to challenge yourself to grow and to be greater. She just really inspired me a lot.”

Dawson mentioned that just before entering the Marvel universe, she had adopted an 11-year-old daughter, and being a working mother shooting in New York and living in Los Angeles had not been easy. However, she did say that when it came to television, she was a huge “Star Trek” fan, especially when it came to “The Next Generation” “…because of Jean-Luc Picard — who it sounds like is coming back to the series.”

Thus, Dawson said, “If they’re looking for a Klingon–” she pushed up her hair, “–have you seen my five-head?”