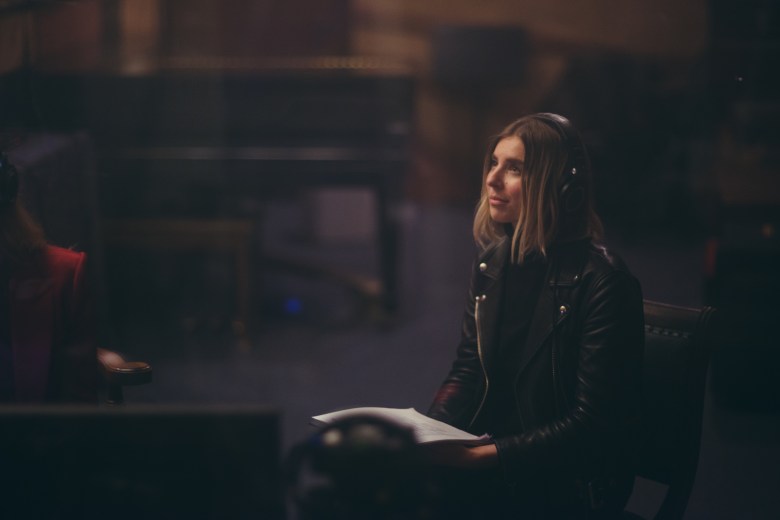 Scientists believe the Big Bang was silent … and then came sound. Eliza McNitt’s three-part virtual reality project “Spheres,” the first to play at the Telluride Film Festival, uses the most current research as a starting point to imagine the music of the cosmos.

After debuting at Sundance earlier this year (where it became the first VR experience to be acquired in a seven-figure deal), “Spheres” will screen at Telluride in three parts, including “Pale Blue Dot” (narrated by Patti Smith), “Songs of Spacetime” (narrated by Jessica Chastain), and “Chorus of the Cosmos” (narrated by Millie Bobby Brown). The full program will screen, free of charge, at the Sheridan Opera House Gallery, this weekend.

McNitt recently spoke with filmmaker Darren Aronofsky, the project’s executive producer, about roller coasters, “spaghettification,” the cosmos, the future of VR, and much more. A shorter version of the interview (also attached) will run in The Film Watch, co-published by the Telluride Film Festival and Telluride newspapers. Check out IndieWire’s exclusive extended version below.

DARREN ARONOFSKY: How did this project start?

ELIZA MCNITT: Well, I had “Fistful of Stars,” which was a piece that I made that premiered at Prospect Park at the BAM show alongside the live space opera for 6,000 people. That was the piece that I made with Dr. Mario Livio from the Federal Estate Telescope Institute, and [it] told the story of the birth, life, and death of a star. On the day of the election, I quit my job and bought myself a ticket to Japan, left the country, and started to dream up this project. [laughs] There’s a whole other narrative that continues after a star dies. I wanted to unravel that tale of what happens next. The answer to that was “Black Hole.” 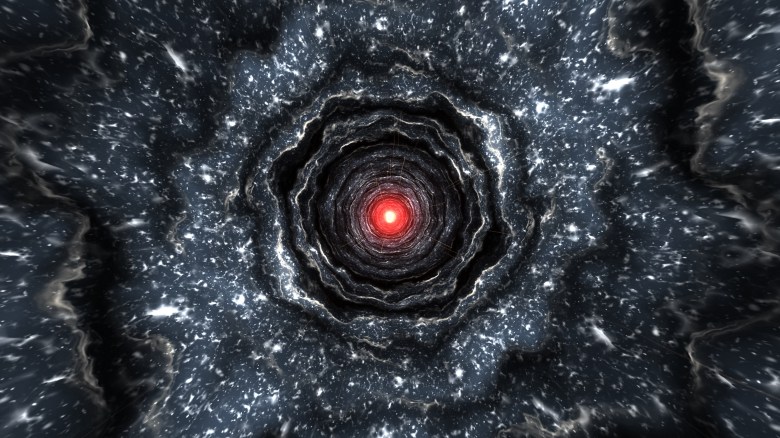 ARONOFSKY: What in Japan made you start to think about the project?

MCNITT: I was really fascinated by the idea of creating a larger story, because [“Fistful of Stars”] ends with the death of a star, and I realized that there’s a whole other narrative that continues after a star dies. It’s really only beginning of that story, and so I wanted to continue to unravel that tale of what happens next. The answer to that was “Black Hole.”

ARONOFSKY: You are a storyteller, a filmmaker, and we’ve discussed how virtual reality is a different medium. What attracted you to VR?

MCNITT: When I started “Fistful of Stars,” I was approached by a performing arts organization in Brooklyn to create an experience that would make people feel as if they were floating through the stars. But I had never encountered that experience until I tried virtual reality. It felt like the only way to truly transport you to the cosmos.

ARONOFSKY: Which piece of virtual reality gave you that feeling?

MCNITT: I saw a lot of bad VR. My very first experience, in 2013, at the Imagine Science Film Festival, was an experience on a rollercoaster. I was completely disembodied, and I almost fell over and experienced nausea. It was awful. But there was something about it. I just couldn’t stop thinking about that feeling of how I had been made so uncomfortable by this technology.

ARONOFSKY: Why is “Spheres” in three parts?

MCNITT: Believe it or not, Darren, it was supposed to be five parts. [laughs]

ARONOFSKY: You have the ambition of George Lucas.

MCNITT: [laughs] The story I wanted to tell was one of understanding our place in the universe and the search for the music of the cosmos. The story had to begin and end at Earth and be transportive, taking you far beyond to worlds we’ve never experienced before. I was inspired by this age-long theory of music of the spheres — that celestial bodies must make music. These past few years, with the discovery of gravitational waves, we understood that there is a possibility to that hypothesis. Space-time does sing.

ARONOFSKY: What pops into your head when I say, science and story?

MCNITT: Science is a form of storytelling. Instead of a narrative with a beginning, a middle, and an end, you have a hypothesis, a process, and a conclusion.

ARONOFSKY: The most famous scientists are the best storytellers — Carl Sagan and Albert Einstein and Stephen Hawking all turn big ideas into stories so we can grasp and hold on to them. So, what will you do next? 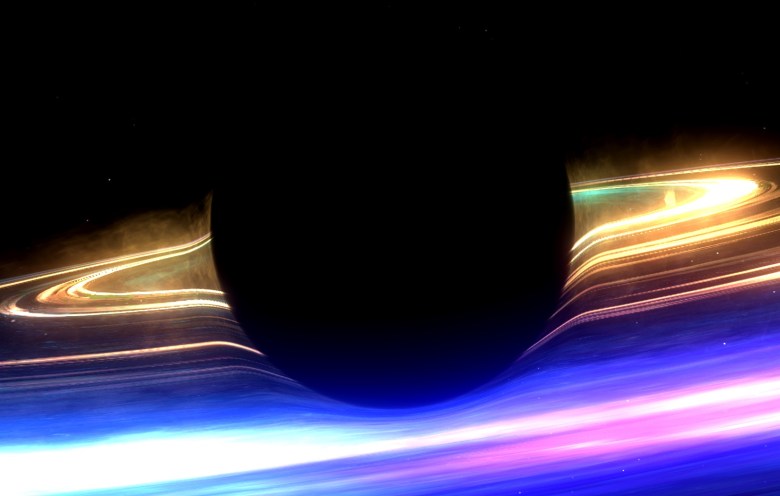 ARONOFSKY: Oh, really? That ancient form from the 20th century? Maybe you should work in calligraphy or early silk printing. Radio! I hear there’s a future in radio.

MCNITT: Yes. [laughs] That ancient form from the 20th century that I’ve seen you do quite well. Virtual reality is a captivating and very fascinating storytelling form, but I think that it is going to be another five to ten years before the world really catches on and the technology has fully developed. I have always been deeply fascinated by the process. I’ve always been a great admirer of cinema, from Stanley Kubrick to François Truffaut to David Lynch to yourself.

ARONOFSKY: There are many things in “Spheres” that have not been witnessed visually or detected scientifically. How do you use your imagination to bring to life and represent experiences that for many are unimaginable?

I found it truly fascinating that there is research about what it’s like. When a star is sucked into a black hole, it starts being the color red and then stretches and distorts as it passes the event horizon. Then when it goes inside of a black hole it “spaghettifies” — which is a scientific term I have discovered — into millions of pieces as it’s ripped apart and falls towards a singularity. That’s a blast of white light where space and time cease to exist. After the scientists described these really intriguing details they turned to me and said, “Just make it strange.”