Reilly also revealed to Variety the pact he made with Paul Thomas Anderson about starring in his movies. 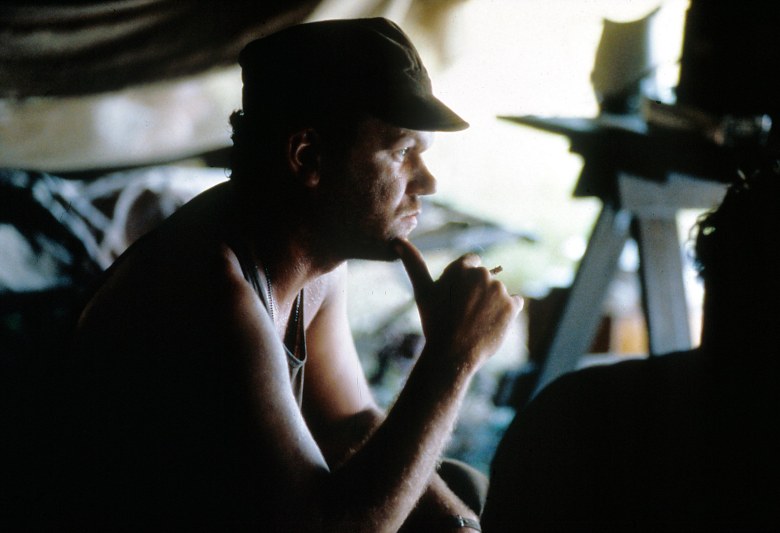 John C. Reilly is back in select theaters this weekend as the star and producer of Jacques Audiard’s English-language debut “The Sisters Brothers.” The movie finds Reilly stepping into the lead of a dramatic feature after decades of being one of the industry’s most versatile supporting players. During an appearance on Variety’s “Playback” podcast, the actor looked back on some of the most iconic directors he’s had chance to work with by taking on supporting roles, including Terrence Malick for “The Thin Red Line.”

Malick’s 1998 war epic cast Reilly as Sgt. Maynard Storm, but the role was much larger in the script. While Reilly didn’t end up being cut out of the film entirely like several of his co-stars, such as Mickey Rourke, his role was drastically edited down by Malick in post-production. Reilly recalled the way Malick broke the news to him over the phone about his part being scaled down, and it’s quintessential Malick.

“He had this great line,” Reilly said. “‘John, I just wanted to give you a heads up. I felt that some parts of the picture were like ice floes that separated from the main, and so some of your scenes, well, John, they just floated off.’”

Reilly holds no hard feelings against Malick for reducing his role in the film’s theatrical cut. As a fan of “Badlands” and “Days of Heaven” prior to being cast in “The Thin Red Line,” Reilly just wanted to be lucky enough to have Malick know he exists. The actor said that was “as much as [he] was hoping for.”

“I quickly realized once I got there that Terry, in my mind, is more of a philosopher than a filmmaker in a lot of ways,” Reilly said about the experience. “He doesn’t have a lot of the same concerns on a set as a lot of the directors I’ve worked with. Terry was someone just looking for the truth every day, and if he could find that truth in a bird flying by or in the drops of dew on a piece of grass or on an extra, that’s what he was going to film that day.”

As for his relationship with another auteur, Paul Thomas Anderson, Reilly said the two keep in touch all the time and see each other often. Reilly was a reliable supporting actor in Anderson’s early films, including “Hard Eight,” “Boogie Nights,” and “Magnolia,” but he hasn’t reunited with the director in several years. Reilly told Variety the two made a pact early on in their careers about collaborating for work.

“After the first one I said to him, ‘Listen, only put me in a movie if you see there’s a role for me. Don’t do it because you’re my friend. I don’t want these opportunities if they’re favors,'” Reilly said. “I guess he took me up on that after our last one!”

“The Sisters Brothers” is now playing in select theaters via Annapurna Pictures. You can listen to Reilly’s full appearance on the “Playback” podcast over on Variety.