TIFF: This long-delayed project from the Canadian auteur wasn't worth the wait. 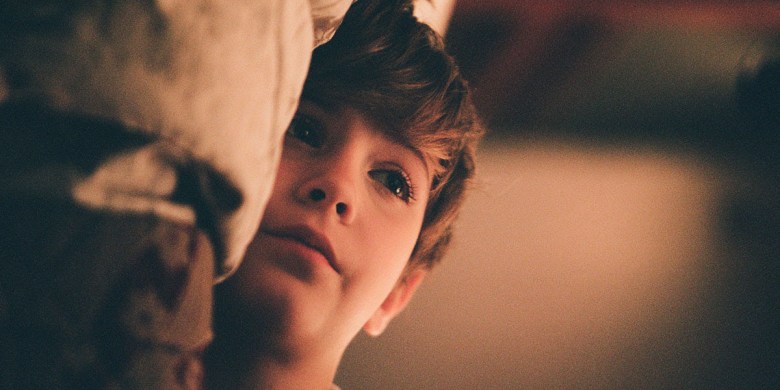 “The Death and Life of John F. Donovan”

In the decade since his directorial debut “I Killed My Mother,” treasured Quebecois star Xavier Dolan has gone from breakout filmmaking talent to bonafide auteur, all before the age of 30. His expressive dramas have increased in ambition and scale , from the sprawling trans saga “Lawrence Anyways” to the frantic mother-son intensity of “Mommy.” Even his maligned “It’s Only the End of the World” benefited from a host of world-class performances, from Vincent Cassel to Marion Cotillard, as Dolan continued to expand his scope.

Now comes the former child actor’s first English-language project, “The Death and Life of John F. Donovan,” a shocking misfire that nevertheless demonstrates the sheer confidence in his storytelling that Dolan has cultivated over a decade of movies. It’s the only possible explanation for this baffling ensemble piece, a campy (if at times inspired) burst of melodrama and ludicrous scenarios caving into each other in a spectacular mash of half-baked ideas.

Well, that, and a movie that just got lost somewhere in the editing room. Dolan’s story would have an unusual premise if it didn’t relentless jump around for two hours, but that certainly doesn’t help. The movie begins with the demise of the eponymous TV star John (Kit Harington, so consistent in his John Snow getup that he may as well have shot scenes on “Game of Thrones” lunch breaks). Precocious 11-year-old Rupert (“Room” breakout Jacob Tremblay) watches the news reports in shock; as Dolan soon makes clear, the boy maintained a covert pen-pal relationship with John for years.

Cut to a decade later, when the adult Rupert (Ben Schnetzer) has found his own success in acting and written a memoir about his childhood friendship. Investigative reporter Audrey (Thandie Newton) meets Rupert for a testy interview that provides the flashback structure for the ensuing drama — or what little drama this messy, confused plot offers up.

The soapy narrative remains tied to the child Rupert’s perspective, as he copes with being an elementary school pariah and freaks out over John’s hit show after hours. As his mother (Natalie Portman, who strains not to grimace through her handful of awkward scenes) worries about her son’s mental health, the story shifts to John’s own sense of alienation and loneliness that comes with fame and sexual frustrations. After striking up a friendship with a struggling young actor, he recoils from the prospects of a long-term relationship. At home with his family, his doting mother (Susan Sarandon, doing what she can with an undercooked role) attempts to give John some tender support, but he fumes at anyone who tries to soften him up. Harington shows some potential as a man caught between in his inner turmoil and stone-faced exterior, but Dolan gives him little to do aside from sudden tantrums and moody asides.

The filmmaker’s regular cinematographer André Turpin does bring an elevated visual sensibility to the story, with washed-out colors and dramatic closeups forcing intimacy with each character, but they lack the authenticity to justify the approach. Tremblay comes across especially off kilter; presumably designed to be a plucky daydreamer, he has more in common with the “creepy kid” trope of a horror movie.

Dolan’s script stumbles without fail on bizarre and clumsy observations in a feeble bid to get beneath the surface of John’s dilemma. “What should we know of an artist? What should he reveal?” Rupert muses at one point, as John faces a mounting scandal. “The Death and Life of John F. Donovan” can’t answer that, but it reveals that Dolan — a talented, confident director with vision and energy to spare — has been working at such a rapid clip that he was bound to make something this unwieldy eventually.

Despite its many miscalculations, “The Death and Life of John F. Donovan” fires off so many half-formed ideas lost in its prolonged edit that it can be appreciated as a sheer mess of unfinished business. (One reported subplot involving Jessica Chastain as another muckraking reporter was apparently left out in its entirety.) Dolan’s obsession with crafting expressive sequences set to blaring pop music means that this restless movie at least has plenty of pretty moments to distract from its innumerable shortcomings.

It’s a blunt choice to have a mother and son dash toward each other in the rain to the tune of “Stand By Me,” but Dolan goes for it just because he can. However, that maudlin indulgence has nothing on the sheer ludicrousness of Harington belting out “Hanging By a Moment” in a bubblebath, a shockingly miscalculated decision that could haunt the rising actor throughout his career. Dolan’s use of “Bittersweet Symphony” in the slo-mo finale puts a cap on the movie’s pop-opera aspirations, and proves that the filmmaker at least knows how to maintain a consistent aesthetic.

Dolan’s stunning ability to leapfrog from one movie to the next has enabled him to develop a coherent body of work across many kinds of stories, and garnering a fanbase in the process. They’ll be happy to let “John F. Donovan” slide, appreciate the effort, and wait around until he finds a better vessel.

“The Death and Life of John F. Donovan” premiered at the 2018 Toronto International Film Festival. It is currently seeking distribution.

This Article is related to: Film and tagged Reviews, The Death And Life Of John F. Donovan, TIFF, Xavier Dolan