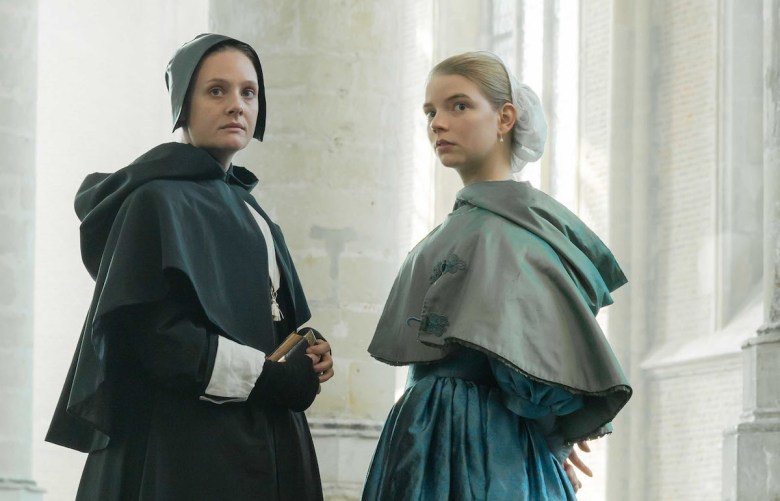 [Editor’s Note: The following contains spoilers from “The Miniaturist” Episode 2.]

In its first outing, “The Miniaturist” revealed that wealthy trader Johannes Brandt (Alex Hassell) harbored a huge secret that could spell social ruin and very possibly lead to his own death. It turns out that his sister Marin (Romola Garai) has her own potentially damaging secret that she divulged to her sister-in-law Nella (Anya Taylor-Joy) by the end of the second episode.

Marin is pregnant, which is an unexpected development since she’s unmarried and has made a show of being strict, devout, and endlessly judgmental. Her having an illicit sexual relationship isn’t the first time that the Brandts had lived outside of the rigid 17th-century Dutch rules for propriety. Everyone in the household had been helping to hide the fact that Johannes is gay, and only by accident did Nella discover his sexuality and that she had been brought in as his beard.

“What I find really beautiful about ‘The Miniaturist’ and what we as a cast really became aware of the more we spent time with these characters is that this is a house full of oddballs,” said Taylor-Joy in an interview with IndieWire. “Everybody is consistently subverting their stereotype. What’s fascinating about that house is it almost feels like society gets shut out of it. Once that door closes, they’re living by their own rules.”

Author Jessie Burton, who wrote the novel on which the miniseries is based, revealed that Garai also enjoyed playing a role that flouts convention, even by today’s standards of expectations for women.

Putting up a stern front has benefitted Marin in many ways: She’s drawn suspicion away from her brother’s secret and why she never married, she discourages nosy acquaintances from getting to close, and it helps her maintain a certain air of authority when running the household. In an early scene between Marin and Nella, we see some of this harshness, in addition to an example of the series’ wicked humor.

The offer of a herring is a deliberate power move on Marin’s part. Not only is fish obviously poor substitute for a confection, but in the second episode, Marin is clearly open to giving Nella sweets when it suits her purpose (i.e. as a bribe). The herring incident, moving the dollhouse out of the front hall, and ordering Nella’s dresses slightly too big are all micro-aggressions to remind Nella that she may be the new lady of the house, but Marin has the real power.

“It’s very bitchy, middle school sort of mean girls behavior,” said Taylor-Joy. “That’s what I think is so wonderful about Johannes saying at dinner, ‘It’s a little large, though, isn’t it, Marin?’ She’s like, ‘I’m just going to eat my herring and be saucy.’ It’s supposed to be uncomfortable because I think that’s how she feels.

“What’s also very interesting is you think period drama, and you think, ‘Oh, it’s a different time. People spoke a different way.’ The reality is they’re still just people. If you were a young girl showing up, and you’re all ready to be presented to your husband, and then your dress doesn’t fit, you’re like, ‘Oh, not exactly the way I wanted to come in here feeling that way,’ and I think people can connect to that.”

Marin is protective of her other, secret life as well. While her brother is closeted in the sexual sense, Marin is literally in a darkened closet full of her secrets when Nella discovers the pregnancy. Like the traditional cabinet of curiosities, Marin’s domain contains books, bits of nature, artifacts, and other worldly items that Johannes has obtained for her on his travels. These interests would not have only surprised Amsterdam polite society in that era, but would have been deemed unseemly for a woman.

“I just thought it’s kind of sad that there’s this woman that has so much talent and should have been the CEO of the company, and her brother Johannes would be in charge of hospitality and entertaining the guests,” said Burton. “The cabinet is a sign of repression and yearning and pain but also self-expression. She’s got all those lovely books and the feathers and the shells and everything from all over the world contained in this one room, and they’ll never leave her. That room is a kind of manifestation, if you like, of Marin’s soul, of her dreams.” 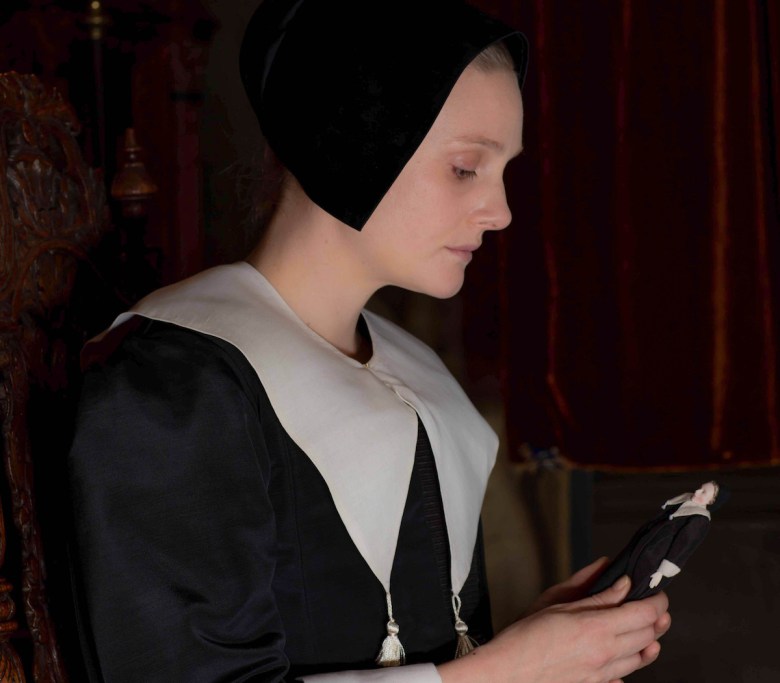 Nella breaks the spell of that dream when she invades the closet, and now that yet another Brandt family secret is known, Nella is feeling the pressure to somehow keep everyone safe from calamity. Johannes’ sexuality is under attack, Marin appears to be ready to give birth any day now, and their servant Otto (Paapa Essiedu) is on the run after stabbing a man in self-defense. Meanwhile, the local miniaturist continues to send items for Nella’s dollhouse that seem to predict or even affect the future of the Brandt household.

This Article is related to: Television and tagged Anya Taylor-Joy, PBS, The Miniaturist