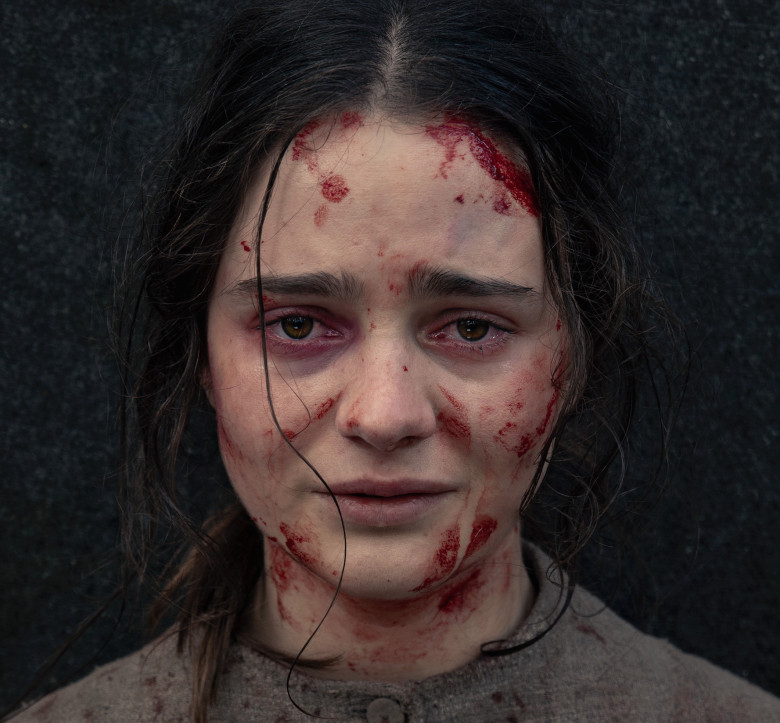 Editor’s note: This review was originally published at the 2018 Venice Film Festival. IFC Films releases the film on Friday, August 2.

Jennifer Kent’s debut, “The Babadook” transcended the film that bears its name, becoming not only a horror-movie villain, but also a LGBT icon. That’s a rare achievement, and one that marked her as a filmmaker to watch. Now, the Aussie auteur makes good on that promise with “The Nightingale,” a kind of revenge drama that in its own way is more disturbing than its predecessor.

Set in 1825 Tasmania, it stars Aisling Franciosi as an Irish convict living under the thumb of a British officer (Sam Claflin) who only desires two things in life: to be promoted to captain, and to make this woman miserable for his own enjoyment. He does so not only by forcing her to sing for him — Franciosi’s Clare is the songbird of the title — but by forcing himself on her when she asks him to finally make good on a longstanding promise to release her from her bonds.

Nothing good ever happens in Australian period pieces, and so it is here. Clare is raped a few minutes into the film, then again some 10 minutes later as her husband and infant daughter wail in agony while being held back by Claflin’s underlings; the man and child are then murdered, and our heroine is left for dead. “Welcome to the world, boy,” she later says to the Aboriginal guide (Baykali Ganambarr) she hires to track down the three men so she can kill them. “Full of misery from top to bottom.”

“The Nightingale” is, too, but it doesn’t revel in it. Kent never shies away from the brutality at the center of this tale — its rape scenes are among the most harrowing you’re likely to see — but neither does she rub our noses in it. There’s nothing cathartic in Clare’s efforts to mete out justice, with one tragedy merely compounding another; the higher the body count rises, the more zero-sum it all becomes. This isn’t the fun kind of revenge drama, and by it end it hardly feels like a revenge movie at all — Kent is as concerned with the plight of Australia’s indigenous people as she is with Clare’s.

Clare is just as racist as the man who raped her, but she and her guide, Billy, eventually bond over their shared hatred of England. Relations between the “whitefellas” and “blackfellas” are more than strained, and Kent doesn’t make their uneasy alliance feel easy or preordained: It’s slow going and hard-won, a matter of convenience that slowly turns into something slightly more. Billy wants no trouble, but finds himself in its midst all the same, saving Clare’s life as a matter of course — he’d be even more likely to be killed were he caught on his lonesome in the wilderness. There’s a rugged beauty to their wild environs, which look on the verge of swallowing up the humans brave enough to endure their grasp, and as they trek through the wilds we see that there’s victory in mere survival.

Franciosi is a true breakout — not least because her performance comes out of nowhere. Clare sees her dead husband and daughter in her dreams night after night, and it’s here that the actress most shines: She’ll be serene in one moment, relieved to see their faces calm and unhurt, before her own expression contorts as she remembers on some unspoken level that something is deeply wrong and can never be made right again. Franciosi avoids histrionics even when it would appear that circumstances demand them, and in her restraint she plays off wonderfully against Ganambarr, whose own performance is quietly powerful.

Acclaimed filmmakers often face the challenge of big expectations on their second features, but Kent joins the ranks of sophomore filmmakers whose new movies expand on their debuts in startlingly ambitious ways. She charts her own path in “The Nightingale,” a savage journey that might not have been worth the trip were its guide not so adept at navigating the darkness.

“The Nightingale” world premiered at the 2018 Venice Film Festival.

This Article is related to: Film and tagged Aisling Franciosi, Jennifer Kent, Reviews, The Nightingale