The latest "Conjuring" prequel offers a backstory to the demonic Nun that proves that knowing less is more when it comes to making evil truly terrifying. 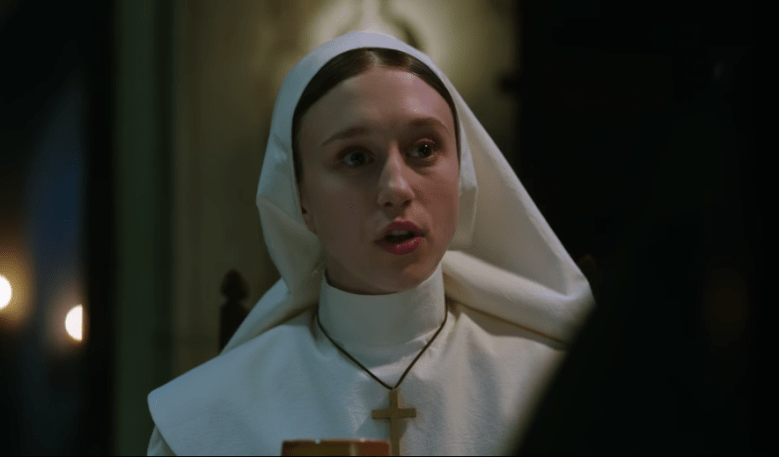 Taissa Farmiga in “The Nun”

While horror has seen its fair share of franchises over the years, James Wan’s 2013 “The Conjuring” has spawned a cinematic universe to rival Marvel, with a rogue’s gallery of creepy characters coming into play for interconnected spin-off films. 2016’s “The Conjuring 2” offered something especially horrifying, a demonic nun named Valek, that stalked the Warrens from Amityville to London before getting its own origin story with “The Nun.” But while “The Nun” has some veritable scares up its sleeve, it’s also proof that sometimes the most terrifying horrors are the ones we don’t understand.

Director Corin Hardy, best known for 2015’s Irish horror offering “The Hallow,” makes the most of the film’s Romanian setting, with Transylvania’s imposing and stunning Corvin Castle serving as a stand-in for the film’s ominous Abbey. Utilizing “The Conjuring” cinematic palette of stark greys and cool blues, not to mention a smattering of upside-down crosses, Hardy carves out a Gothic nightmare that both stands on its own and sits at home in the horror series. As the film’s Father Burke (Demián Bichir) explains, he was sent to the abbey in part to determine whether or not the ground was still holy. With the Abbey feeling as ominous and insidious as Shirley Jackson’s Hill House in 1963 “The Haunting,” there isn’t any room for doubt as to the answer.

In addition to assessing the sanctity of the grounds, Father Burke is sent to the Abbey by the Vatican to investigate the death of a young nun, who was found hanged outside of the Abbey’s doors by a local farmer, Frenchie (Jonas Bloquet). Father Burke is paired up with a young novice, Sister Irene (Taissa Farmiga), and the two are brought up to the Abbey by the skittish Frenchie, who explains that the entire village lives in fear of the Abbey, believing it to contain a dark evil. After giving the dead nun a proper burial, Father Burke and Sister Irene head into the labyrinthine Abbey to seek out answers, but a shrouded Mother Superior tells them the nuns are observing their nighttime vow of silence and (of course) they must spend the night.

Throughout “The Nun,” it becomes clear that the past is the most haunting demon of all. Lost in a foggy graveyard resplendent with crooked crosses, Frenchie is tortured both mentally and physically by the dead young nun he discovered. For his part, Father Burke is overcome with guilt over the death of a young boy, Daniel, some years before. Father Burke was sent to exorcise the child, which resulted in the boy’s death. Daniel appears to Father Burke throughout the film in gruesome visions and a particularly suffocating live burial sequence, melding the character with a terrifying thought — if a priest cannot save a single soul from becoming lost, what hope is there for the rest of humanity? 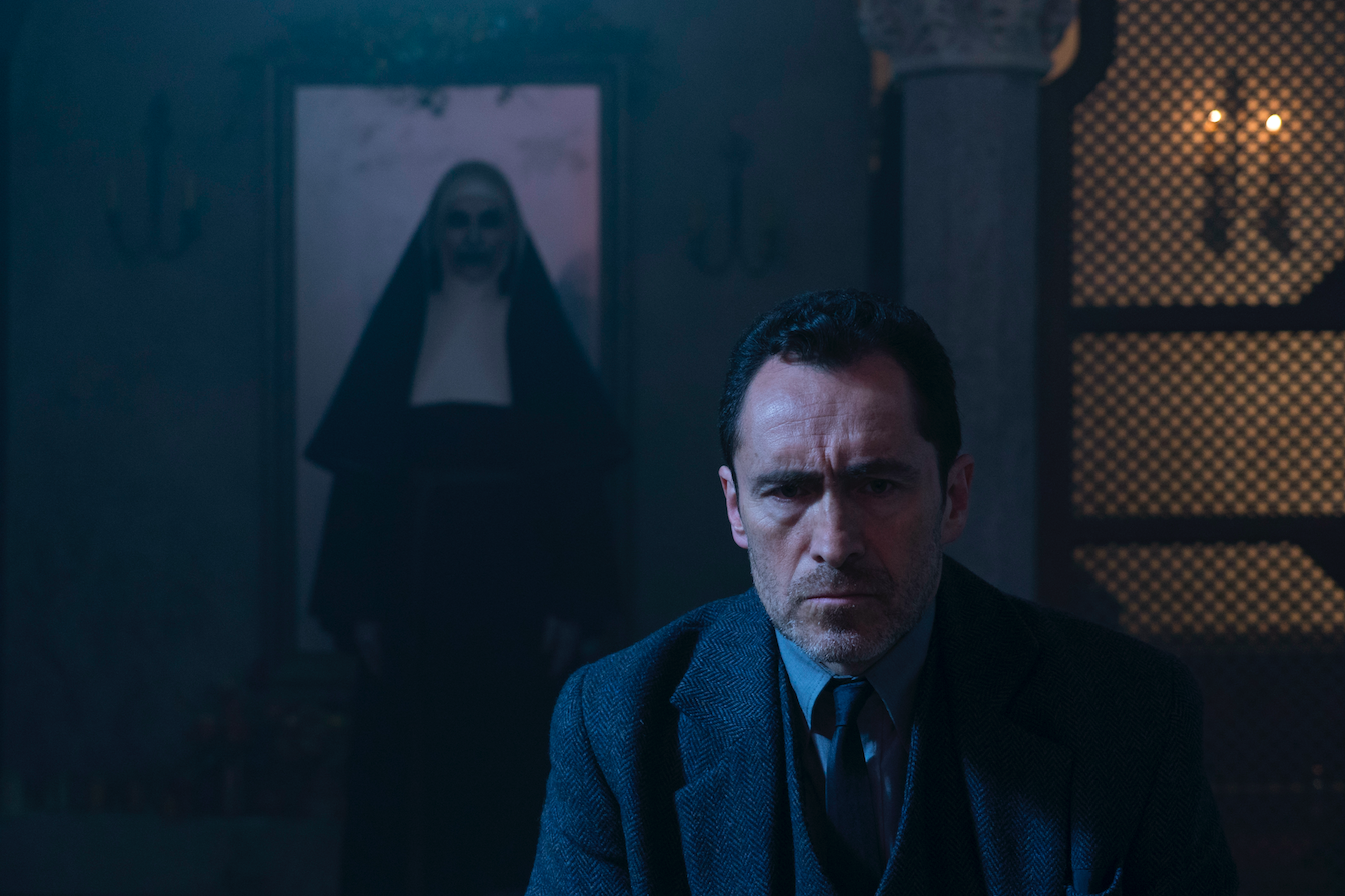 Bonnie Aarons and Demian Bichir in “The Nun.”

Much like the other “Conjuring” films, “The Nun” packs plenty of jump scares, many obvious and yet still jarring, as the trio are stalked across the Abbey by the demonic Valek. The demon, who is also known as The Defiler, plays plenty of mind games, preying upon both the sins of the past, as well as Sister Irene’s own innocent faith. “You haven’t taken your vows yet,” the novice is told multiple times throughout the film. But Sister Irene’s faith is never truly called into question as with Father Karras in “The Exorcist.”

Sister Irene, clad in sweeping, snow-white vestments, is the light in the darkness, a pure Bride of Christ who offers the obvious antidote to Valek’s venomous hatred. Cinematographer Maxime Alexandre is able to expertly play with this contrast of light vs. dark, offering up some stunning if horrifying religious imagery that can recall the best of “The Exorcist III.” But “The Nun” still gets lost in its own mythology, providing an easy backstory for the demon’s presence that is paired with an easy solution that makes Valek feel decidedly less threatening. Sure, the demon will pop up later on in “The Conjuring 2,” but Valek’s temporary suppression also feels inevitable.

Fans of “The Conjuring” will be pleased to see how “The Nun” circles back to the original film, as history is cheekily rewritten just a touch to bring everything full circle. Although the film doesn’t make a definitively clear connection to the “Annabelle” films, eagle-eye fans should be able to spot a picture of the Abbey’s nuns on the wall of Sister Irene’s room, the same picture that later pops up in “Annabelle: Creation” courtesy of Sister Charlotte.

While “The Nun” is another solid and scary entry in the “Conjuring” Universe, it is hopefully the last origin story. The point of “The Nun” was to give an explanation to evil, but what makes evil truly chilling is when there is no clear-cut answer as to why it exists. Much like the literal demons in Father Burke’s past, it is life’s unresolvable puzzles, not the knowable ones, that will haunt us long after the lights go down.

This Article is related to: Film and tagged Film Reviews, The Conjuring, The Nun