Pablo Trapero’s follow-up to "The Clan" sinks under the weight of its own silliness. 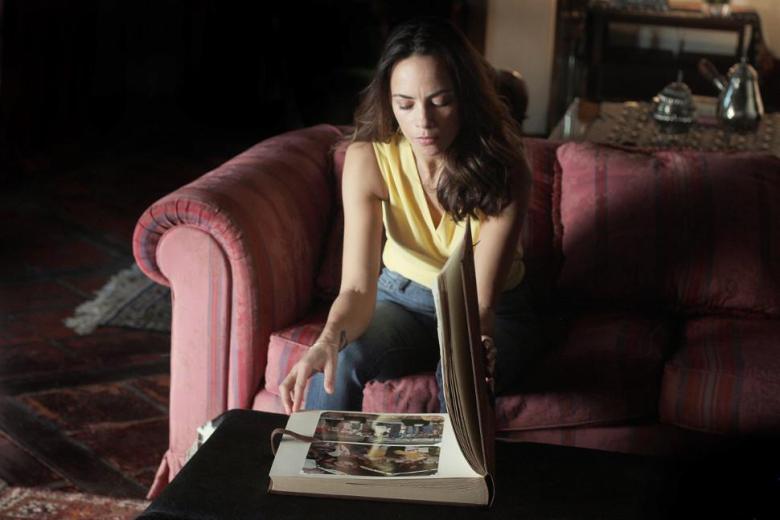 Title notwithstanding, “The Quietude” offers little respite. Pablo Trapero’s family melodrama stars Bérénice Bejo and Martina Gusman as sisters whose endlessly complicated relationship proves that blood, though thicker than water, isn’t always enough to keep people together. La Quietud is the name of the family ranch outside Buenos Aires where they reunite after years apart; though beautiful, the homestead doesn’t exactly live up to its serene moniker. Dogs roam and birds sing on the rural estate but, like many places suffused with family memories, it contains as much sadness as joy — and, lately, much more of the former.

Both sisters are introduced the same way: from behind, the camera focused on their hair as they enter a building where something of great consequence will befall them. They’re very much two sides of the same coin, resembling each other so uncannily you may find yourself looking up whether Bejo and Gusman are actually related (they’re not), with Eugenia (Bejo) more outwardly composed and Mia (Gusman) more inclined to wear her problems on her sleeve.

It turns out the two are very close, coming dangerously close in the film’s opening minutes to crossing a line that’s illegal in most corners of the world and frowned upon in all of them; suffice to say that this doesn’t appear to be a new development, though Trapero makes the odd decision of having it never come up again. The siblings haven’t seen one another in ages and, though brought together by the near-death of their elderly father, their sadness at his current condition is outweighed by their happiness to be reunited — at least at first.

What follows is such a tonal mishmash that you’re never quite sure how you’re meant to feel about all of it (or, for that matter, if Trapero is). Accompanied by a distractingly upbeat soundtrack of sappy love songs and set against the backdrop of a family patriarch’s stroke, “The Quietude” plays at times like a Woody Allen dramedy in which everybody is sleeping with everybody else and at other times like a telenovela whose characters are as close to killing one another as they are to having sex. (Lest you fear that the film lacks for juiciness, rest assured that both occur.)

Edgar Ramírez is there, too, married to one of the sisters but carrying on a longstanding affair with the other (as you do) as he tries to bring some semblance of sanity to the house. His efforts are obviously unsuccessful, but his presence in the house has a grounding effect all the same. Ramírez is solid in the role, even if he’s largely there to give Bejo and Gusman someone to play off of (which both do exceedingly well).

With closeness comes tension, of course. The family’s arguments — one concerns whether the home movie they’re watching was filmed in 1996 or 1997 — make you feel as though you’ve wandered into a stranger’s home and and are being forced to endure their filial quibbles when you just wanted to drink some wine and reminisce. It’s uncomfortable, but not always revealing — Mia, Euge, and their mother feel no more three-dimensional when the dust settles, their drama too over the top to register as anything more than the narrative contrivance it is.

After not very long that melodrama simply becomes too melodramatic, with each new bout of silliness landing less than the one before it. “The Quietude” comes close to working as an over-the-top comedy at times, but even when it inspires laughter it doesn’t inspire much else. It isn’t involving enough for you to ever truly care about how these many, many problems will resolve themselves, and not funny enough for the experience to be more enjoyable.

Trapero, who won the festival’s Best Director award three years ago for “The Clan,” clearly enjoys putting blood relations in a room together and forcing them to reckon with themselves. He has a talent for it, too, but too much is never enough here: La Quietud is a nice enough place to visit, but you’d never want to live there.

“The Quietude” world premiered at the Venice Film Festival. It is currently seeking U.S. distribution.

This Article is related to: Film and tagged Bérénice Bejo, Pablo Trapero, Reviews, The Quietude