More than 35 percent of the films on the TIFF 2018 slate were directed by women, but the outreach extends beyond festival math. 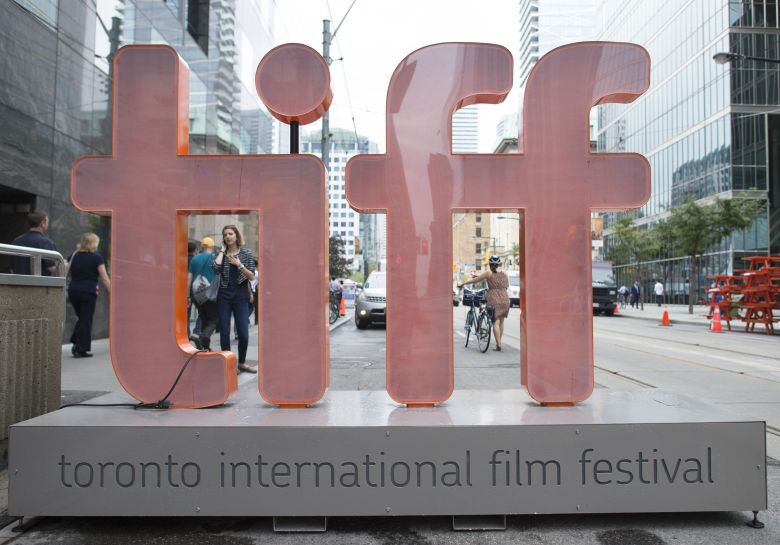 Hollywood has shown real progress when it comes to increasing the conversations, panels, events, pledges, studies, and campaigns dedicated to women and female filmmakers. Actual results, however, are another matter, as the industry continues to grapple with changing its dismal number of female filmmakers. At TIFF, the story is changing, of the 342 films in this year’s TIFF lineup, about 36 percent are directed by women.

That’s still short of parity, of course, but it’s a quantitative improvement on the major festivals’ current track record. The Center for the Study of Women in Television and Film recently found that when it comes to programming films by women, the top 23 film festivals (including TIFF) average just over 32 percent. More importantly, however, it represents ongoing and consistent progress, the kind that all those conversations, panels, events, pledges, studies, and campaigns are all aiming to actually impact.

Read More: Every Studio Film Directed By Female Filmmakers Coming Out in 2018 and 2019

While other major festivals, including Cannes and Venice, have struggled to increase the number of female-directed films, TIFF’s percentage of female directors has steadily grown each year. Last year, 33 percent of films selected for the festival were directed by women and in 2016, 30 percent of films were directed by women. In 2015, that number was 26 percent and in 2014, it was nearly 25 percent, a jump from 2013, when it was 22 percent. 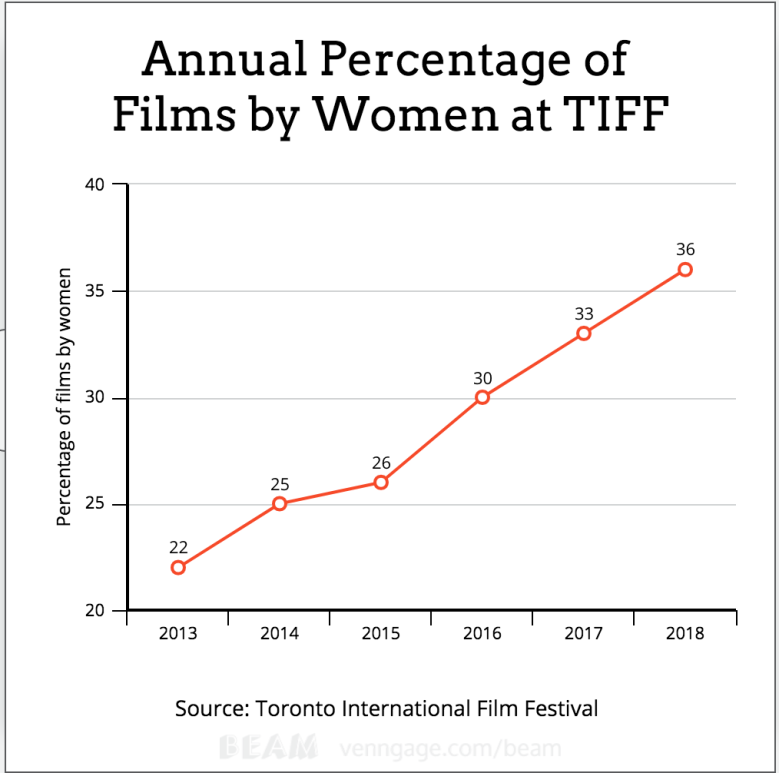 But while TIFF’s programming push is heartening enough on its own, TIFF excels beyond basic festival math. Last summer, the festival launched its $3 million Share Her Journey campaign, a five-year funding plan that offers three-month residency programs for up-and-coming female creators and promised to “prioritize gender parity with a focus on mentorship, skills development, media literacy, and activity for young people.”

While the campaign is still in its infancy, it already boasts one exciting proof of parity that was achieved the year before it was launched: since 2016, TIFF has enjoyed a 50/50 gender split in selected participants for a number of their Talent Development initiatives including Talent Lab, Studio, and TIFF Rising Stars.

During the first weekend of TIFF, artistic director and co-head Cameron Bailey will sign a widely publicized gender parity protocol, aka 50/50 x 2020, on September 8, just before the festival’s Share Her Journey women’s rally. Last week, the Venice Film Festival joined its European festival brethren and signed the same gender parity protocol recently embraced by Cannes, Locarno, and Sarajevo. Festivals who sign must compile and release statistics for both gender and race as they apply to film submissions (for directors and, on occasion, also for cast and crew). The protocol also extends to festivals’ programming and executive boards.

Before this year’s festival launched, TIFF had already beefed up those numbers, thanks to its appointment of Joana Vicente as the new Executive Director & Co-Head of TIFF, a role she will share with Bailey after the departure of long-time festival director and CEO Piers Handling.

Unlike Cannes and Venice, TIFF doesn’t have a traditional “competition” category; all films are eligible for the festival’s biggest award, the Grolsch People’s Choice Award, which is voted on by audiences and is often viewed as a harbinger of Oscar glory. In some sense, every feature at TIFF is in competition, from the smaller Discovery titles to the starry Galas and Special Presentations. Still, the winner typically pulls from those latter categories, and this year they include 26.3 percent (Galas) and 25 percent (Special Presentations) films from women.

Both sections feature films from both established and rising talents, including Claire Denis, Nicole Holofcener, Sara Colangelo, Veena Sud, Sam Taylor-Johnson, Mia Hansen-Løve, Miranda de Pencier, and Stella Meghie. Beyond the uptick in numbers, this kind of breadth of talents promises to reach beyond the usual names to bring fresh stories and perspectives to life. That’s the aim of any true push towards diversity and parity.

Other festivals have recently achieved gender parity among their slates, including this year’s Hot Docs and the upcoming Camden International Film Festival. New York’s Tribeca Film Festival has moved closer to parity in recent years as well; last year’s lineup included 48 percent of films directed by women. The Sundance Film Festival is also pushing forward; for the 2018 edition of the festival, 37 percent of its 122 features were directed by women, a slight uptick from last year when 34 percent of all films were helmed by female directors. In years past, the average hovered around 25 percent.