Chalamet says his "love is through the roof" for David Lynch's "Dune" and promises big things to come for Villeneuve's version. 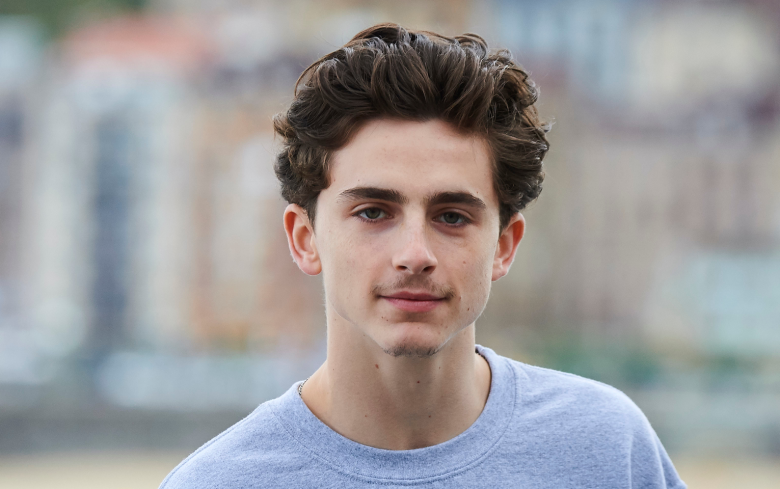 Timothée Chalamet is an indie film darling thanks to his Oscar-nominated turn in “Call Me by Your Name” and his upcoming role in “Beautiful Boy,” but the 22-year-old actor will be making the leap to big-budget studio fare with Denis Villeneuve’s “Dune” remake. News broke in July that the “Sicario” and “Blade Runner 2049” director was bringing Chalamet on board to play the lead, Paul Atreides, and now Chalamet is speaking about the project for the first time.

“Denis is one of my favorite filmmakers,” Chalamet told The Playlist. “What’s especially inspiring about Denis films are the size of them. They reach a big audience. These are films meant to play in front of big crowds. And, conversely, he’s also made movies like ‘Incendies’ that are like intimate affairs. So, that would be a dream come true and is going to be a dream come true. And, I’m chomping at the bits for that experience. I can’t wait.”

Chalamet revealed to the Philippine Daily Inquirer that he found out Villeneuve would be tackling “Dune” while he was searching the internet on Google one day. The actor compared Villeneuve tackling “Dune” to Christopher Nolan tackling “The Dark Knight,” which made landing a part in “Dune” a top priority.

“It has always been my dream to do a big movie,” Chalamet told the Inquirer. “And looking at the careers of Leonardo DiCaprio or Joaquin Phoenix, those guys exclusively work with great directors. So I always told myself, if you do a big movie, make sure it’s with a really great director. I met Denis at the Hollywood Film Awards last year. I didn’t want to scare him away with my enthusiasm for the project, so I didn’t even bring it up. I just said, ‘Hi.'”

Chalamet eventually landed a meeting with Villeneuve at the Cannes Film Festival earlier this year. The director had a chance to see Chalamet’s performances in “Call Me by Your Name” and “Beautiful Boy” (somebody snuck him a link, Chalamet said) and thought he was great. Chalamet didn’t have to think twice when Villeneuve offered him the role.

“I have read the script and the book and I am so grateful that it’s a big movie and yet, there’s a real arc to this character,” Chalamet said. “My enthusiasm for the David Lynch version is through the roof. And I got an impression that Denis shares my opinion, too. So working on ‘Dune’ is like a dream come true…I don’t think the film version will suffer from green screen-isms or something, like it’s silly or something. It feels like the work is intelligent.”

Anyone who saw “Blade Runner 2049” knows the kind of intelligence Villeneuve can bring to a beloved science-fiction property. Production on “Dune” is set to begin in the first half of 2019. Chalamet recently filmed the Netflix movie “The King” and has “Beautiful Boy” opening in select theaters October 12 via Amazon Studios.

This Article is related to: Film and tagged Denis Villeneuve, Dune, Timotheé Chalamet