The filmmaker teased his latest acting gig is for a franchise film going by the code name "Huckleberry." 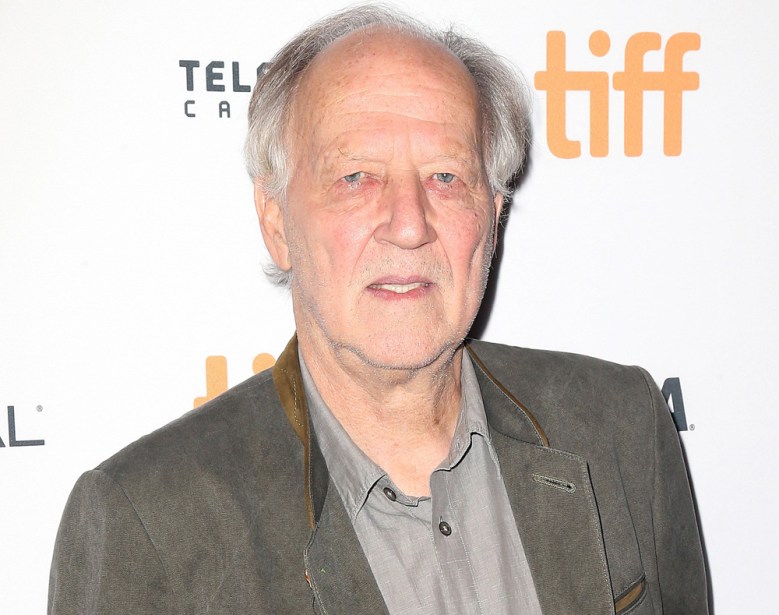 Werner Herzog never really stops working. The German auteur has been making the festival rounds with “Meeting Gorbachev,” his feature-length sit-down with the former Soviet politician that the filmmaker co-directed with André Singer. But by the time the movie premiered at Telluride over Labor Day weekend ahead of its screenings in Toronto, Herzog had already wrapped production on two new projects, and he has a big acting gig on the horizon.

At TIFF, the director told IndieWire that he would soon act in “a big franchise film, about which I’m not supposed to say anything,” he said. “I can only say the title. The code name is ‘Huckleberry.’” He chuckled. “For god’s sake, that’s only a cover,” he said.

Herzog declined to offer further details, but the role would mark the first time he has appeared in a studio production since 2012’s Tom Cruise action vehicle “Jack Reacher,” where he played the Soviet villain Mister Big. That role came on the heels of renewed interest in the German New Wave filmmaker’s work in the United States, after 2005’s “Grizzly Man” took off and “Encounters at the End of the World” landed him an Oscar nomination, while his gruff, poetic narration went viral. “I’m much better known around the world for films I made 40 years ago, but ‘Grizzly Man’ touched a chord in industrial countries, because of its wild nature,” Herzog said. “I have been in acting roles since the early ‘70s in German and Australian films. Everything that has to do with cinema, I’m in love with — acting, writing, directing, editing, you name it.”

Among the possible productions that could have the code name “Huckleberry,” one is the upcoming “Top Gun” sequel, which co-stars previous Herzog collaborator Tom Cruise as well as Val Kilmer, famous for his “I’m your Huckleberry” catchphrase in “Tombstone.”

Over the summer, Herzog was busy with a very different pair of upcoming projects. He went to Japan to shoot a mysterious feature film in the country’s native language, which he doesn’t speak, using non-professional actors. “Everything was an interesting challenge there,” he said. “I had a very good translator. I would craft the dialogue in a way that a situation was very precisely described to the actors — find your own way into the dialogue, but it has to hit certain marks. It has to be precise because I have consequences for the following story.”

He used lightweight digital cameras to shoot his actors in crowd scenes alongside extras who were unaware they were appearing in the movie. “It was very lively, very warm, very beautiful that way,” Herzog said. The filmmaker added that he had previously staged an opera in the country, but the new movie marked his first time directing a film there. He declined to share the title of the project or plot specifics, but said he wrapped production in August.

At the same time, Herzog was shooting footage for an upcoming BBC documentary on the writer Bruce Chatwin, with whom Herzog was friendly up until Chatwin’s death in 1989. Herzog traveled to Argentina to shoot footage related to Chatwin’s first book, “In Patagonia,” and also went to Australia, where Chatwin wrote “The Songlines,” which focused on the culture of Australian aborigines.

Herzog said he embraced the changing landscape for film production. “It’s shifting massively and I welcome much of it, because the distribution systems have been ailing,” he said. “Production systems have shifted dramatically. There’s not much middle ground left between the event films of the studios and and the zero-budget productions.” He continues to lead filmmaking workshops, most recently completing one for 48 young directors in the Peruvian jungle. “We had phenomenal results,” he said. “Everyone had to make films. The best 10 of them are better than the selections for best short film at the Academy Awards. …It’s a wonderful time.”

This Article is related to: Film and tagged Meeting Gorbachev, TIFF, Werner Herzog