Telluride: Yann Demange's dramatic look at the 14-year-old FBI informant sentenced to life in prison leaves much to be desired. 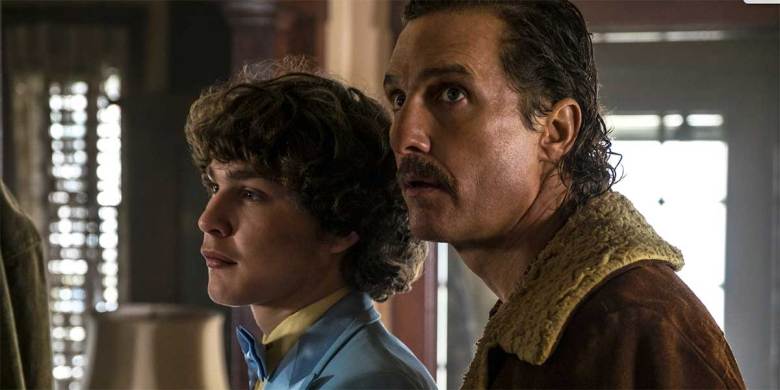 Nevertheless, Demange manages to stitch together a number of involving scenes that track Ricky’s harsh upbringing and the events that precipitated his downfall. From the first scene, it’s clear that he’s been raised under dangerous circumstances. His single father, Richard Wershe Sr. (a mustachioed Matthew McConaughey, dialing down his quirks for a fairly straightforward performance) is an illegal arms dealer who brings his son to gun shows where they team up to gather weapons at a bargain; Merritt, a confident newcomer, sports the feeble outline of facial air and the wild eyes of a child who assumes the confidence of a reckless adult.

The father has high hopes for the future. As the pair cruise through the streets of lower-class Detroit in 1981, the Richard tells his son of plans to open up a video store chain that will enable them to move beyond the illegal antics dictating their lives. He hasn’t figured out that his son might not want to move on.

When Ricky takes assignments from his father to deal arms to African American gang members (rapper WG and Jonathan Majors), the teen is drawn into their hard-partying scene, where he finds ample escape from his limited resources at home. Ricky finds some measure of solace in his relationship with his sister Dawn (a tough Bel Powley, a world away from “Diary of a Teenage Girl”), but she’s contending with even worse street antics than him — drawn into a web of drugs with a troublemaking boyfriend, she moved out in a huff when her dad makes a feeble bid for responsible parenting.

Ricky complicates his own situation when he crosses paths with a pair of pushy FBI agents (Jennifer Jason Leigh and Rory Cochrane) who coax the boy into providing them with information on various clients. Here, the movie begins to gain some intrigue. There’s a flash of dark comedy to the way Ricky begrudgingly collaborates with the law while openly resenting them. Sitting in the backseat of a police car where a humorless detective (Brian Tyree Henry) stares him down, Ricky berates the officers about the fast food they’ve brought as they pepper him with questions.

The movie could have used more of these playful moments to open up this unusual coming-of-age scenario to the factors that have made it such a famous case. Likewise, Ricky’s relationship to his sister provides the movie with its sharpest tonal elements, and a scene when the pair pull out their guns in a diner parking lot suggests the outlines of a pulpy sibling survival story.

Instead, Demange plods through one-note scenes of familial disputes, hedonistic dance parties, and shouting criminals with a persistent lifeless quality; even the formidable new performer at the movie’s center can’t do much to salvage the drama from overplaying the dreariness of Ricky’s world. His accidental fatherhood arrives with a shrug, and the screenplay buries the lead: The movie spends some 90 minutes following Ricky through his underworld antics before arriving at the story’s most fascinating twist — how the FBI essentially abandoned Ricky and left his fate in the hands of a merciless judge. Those developments arrive in a rushed third act that might have made for a better starting point.

The project marks a particularly odd sophomore slump from Demange, whose 2014 debut “’71” was a riveting war thriller set in Northern Ireland. That fast-paced survival saga made it clear that Demange had a penchant for visceral filmmaking, and suggested the potential for a first-rate action director. (He remains on the short list for James Bond.) Sadly, none of those strengths come into play here, as “White Boy Rick” attempts to mine drama from circumstances without succeeding at making any of its characters all that sympathetic. Ricky may be the product of his father’s household, but he never really does the right thing himself, and it’s only in the closing moments that he finds his way to the prospects of exoneration.

“White Boy Rick” is also hobbled by awkward timing: as end credits and audio of the real Wershe explain, the man was finally granted parole after 30 years behind bars and may get out this year. In May, a documentary about his story made the rounds, but it seems as though the saga of White Boy Rick has a few more stages left; the narrative feature only captures the grim first chapter.