At Telluride, the director spoke to IndieWire about how his acclaimed new project dealt with the sexuality at its center. 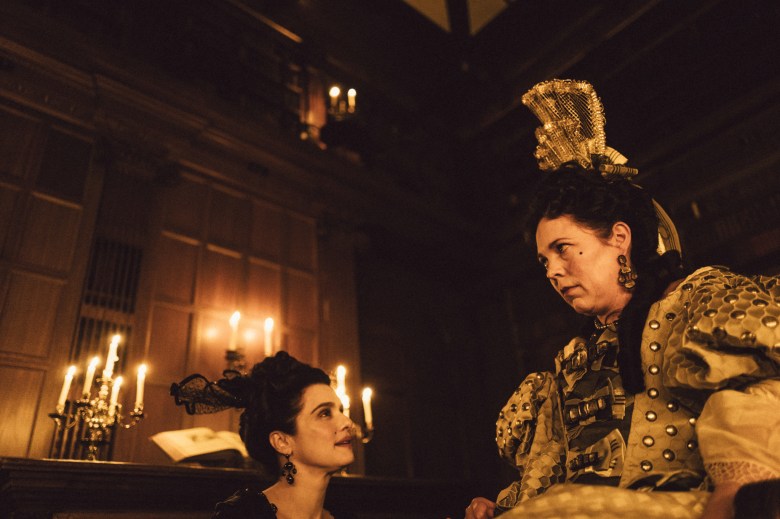 Yorgos Lanthimos has always excelled at the art of provocation. The Greek auteur first gained international acclaim for his Oscar-nominated “Dogtooth,” a bizarre dystopian family drama that brought him a whole new set of fans, many of whom have followed him through the similarly inventive world-building of “Alps,” “The Lobster,” and “The Killing of a Sacred Deer.” Lanthimos has never been shy about the sexual identity of his characters, which often manifests in unexpected ways.

His latest movie, “The Favourite,” is no exception. The Fox Searchlight production marks the director’s first project he didn’t write, as well as his first period piece, but none of those changes have compromised Lanthimos’ style. The movie focuses on a lesbian love triangle in 18th century England, as Lady Sarah (Rachel Weisz) and young maid Abigail (Emma Stone) compete for the affections of Queen Anne (Olivia Colman). However, while “The Favourite” is the rare movie set in this era to portray relationships between the same sex, Lanthimos said he didn’t overthink that aspect of the plot.

“My instinct from the beginning was that I didn’t want this to become an issue in the film, for us, like we’re trying to make a point out of it,” he said in an interview at the Telluride Film Festival. “I didn’t even want the characters in the film to be making an issue of it. I just wanted to deal with these three women as human beings. It didn’t matter that there were relationships of the same gender. I stopped thinking about that very early on in the process.”

While the relationships do take place behind closed doors, they’re never treated as taboo, and Lanthimos had little regard for historical accuracy in that regard. “We never really discussed it,” he said, though he was careful about creating the right conditions for the actors during a handful of sex scenes. “I try to be very respectful to how they feel, to set up the conditions so they feel as comfortable as they can be,” he said. He was less sympathetic toward the way audiences might react. “I make films that are what they are,” he said. “Some people like them and some people don’t. I always try and decide what I’m interested in, and I just do that.”

Nevertheless, “The Favourite” arrived in Telluride after a widely positive critical reaction in Venice, and it continued that streak with appreciative audiences at Telluride, some of whom were newcomers to Lanthimos’ transgressive storytelling. (His previous movies didn’t play the festival.) Nevertheless, he was coy about the possibility that the fall title might widen his appeal.

“I guess the story’s a bit more straightforward than in my other films,” he said. “But I don’t worry about how it’s going to be perceived. ‘The Lobster,’ at some point, was my most accessible film. Then I made ‘The Killing of a Sacred Deer,’ which turned out to be not as accessible as ‘The Lobster.’ It was the film I wanted to make and the story I wanted to tell. It was the same with this one.”

This Article is related to: Film and tagged Telluride, The Favourite, Yorgos Lanthimos