She stars opposite Joaquin Phoenix in the standalone project. 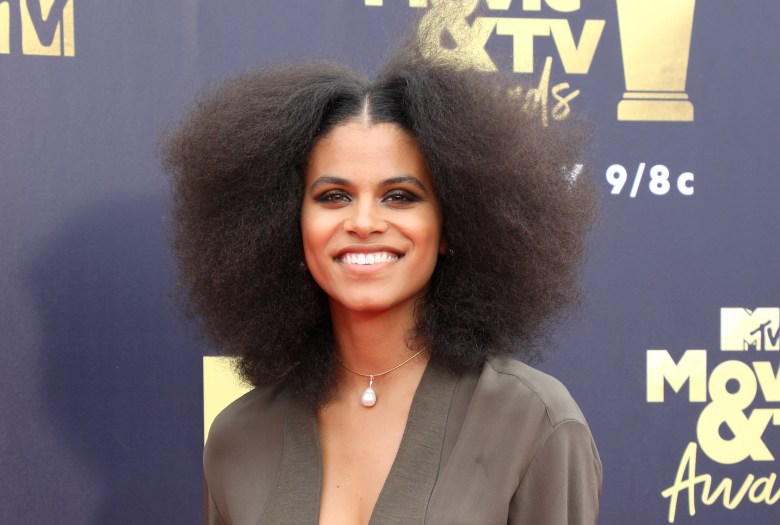 After sharing photos of Joaquin Phoenix both in and out of makeup this week, Todd Phillips has offered a similar look at Zazie Beetz from his upcoming Joker movie. Interest in the untitled project has swirled since the first two pictures surfaced, with many speculating that this iteration of Batman’s arch-nemesis is a failed stand-up comic — especially following the casting of Robert De Niro, who’s said to be playing an inversion of his “King of Comedy” character.

Phillips offered the following rationale for releasing the photos more than a year before the film arrives in theaters: “Here’s the issue. We have paparazzi all over our set, at every turn. And it bums me out that they constantly put out their bad shots. So I figure, may as well put out some good ones.” Beetz is said to be playing Sophie Dumond, the love interest of Arthur — Joker’s name before he becomes the Joker. She first came to widespread attention for her role in “Atlanta” and also played Domino in this year’s “Deadpool 2,” another comic-book movie.

Marc Maron, Bill Camp, Brett Cullen, Glenn Fleshler, and Shea Whigham also star in the film; Alec Baldwin was cast as well, but had to drop out. Warner Bros. will release the film on October 4, 2019.

This Article is related to: Film and tagged Joker, Todd Phillips, Zazie Beetz