Netflix is making its presence felt at the last major festival of the year. 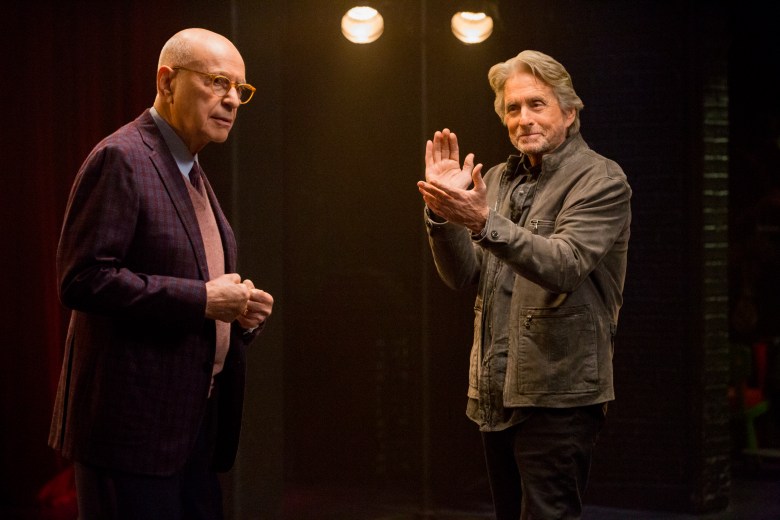 After announcing “On the Basis of Sex” and “Mary Queen of Scots” as its opening- and closing-night galas, respectively, AFI FEST has added two more world premieres to its lineup: Susanne Bier’s “Bird Box” and the upcoming series “The Kominsky Method,” both from Netflix. Also coming to the last major festival of the year are the Coen Brothers’ “The Ballad of Buster Scruggs” (also from the streaming giant), Steve McQueen’s “Widows,” and Peter Farrelly’s “Green Book,” which won the Audience Award at TIFF last month.

Sandra Bullock, Trevante Rhodes, Sarah Paulson, and John Malkovich star in “Bird Box.” Here’s the premise: “When a mysterious force decimates the world’s population, only one thing is certain: if you see it, you take your life. Facing the unknown, Malorie finds love, hope and a new beginning only for it to unravel. Now she must flee with her two children down a treacherous river to the one place left that may offer sanctuary. But to survive, they’ll have to undertake the perilous two-day journey blindfolded.”

Bier won an Oscar for “In a Better World” and an Emmy for “The Night Manager,” which she directed all six episodes of.

Michael Douglas and Alan Arkin star in “The Kominsky Method,” an eight-episode, half-hour drama created by Chuck Lorre. Here’s its logline: “The sun isn’t setting on the once famous Sandy Kominsky and his longtime agent Norman Newlander. Michael Douglas (Kominsky) and Alan Arkin (Newlander) star as two friends tackling life’s inevitable curveballs as they navigate their later years in Los Angeles, a city that values youth and beauty.”

This year’s edition of AFI FEST takes place November 8–15 in Hollywood, with galas and other special events behing held in the TCL Chinese Theatre, the Egyptian Theatre, and the Hollywood Roosevelt, among others.

This Article is related to: Film and tagged AFI FEST, Bird Box, Netflix, The Kominsky Method