This one doesn't make sense to us, either. 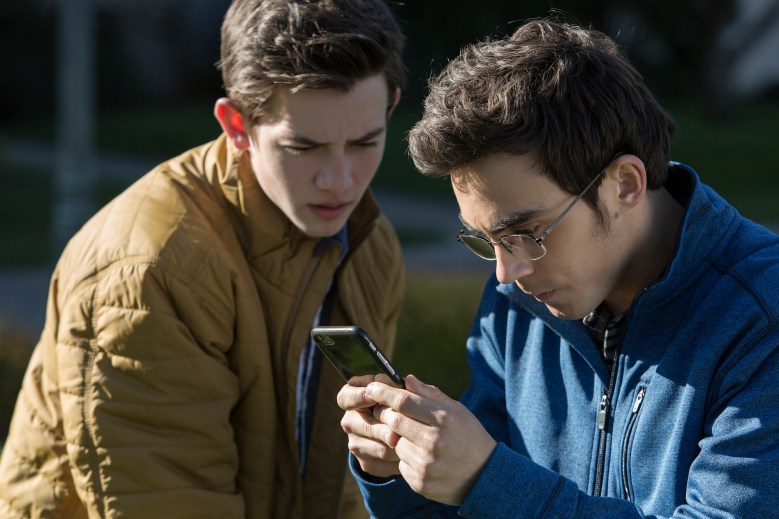 “American Vandal” won’t be back for a Season 3 on Netflix, but all hope is not lost quite yet.

On Friday, Variety reported that the award-winning faux documentary series would not be returning to the platform for a third season, but that “an individual with knowledge of the situation said that other platforms have expressed interest in continuing the series.”

The series, which garnered a Peabody Award, an Emmy nomination, and a coveted spot on the IndieWire Best TV Shows of 2017 list, was a scripted anthology series that used the template of true-crime documentaries. The first season, which chronicled a piece of anatomy-related vandalism at an Oceanside, California high school, became a surprise hit among both critics and audiences. It was even touted last year by Netflix as the service’s “most binged” series.

The cancellation news comes just weeks after the show debuted Season 2, which documented a different euphemistic-heavy crime, this time at a private Catholic high school in the Pacific Northwest. When asked at the time of the premiere of the most recent episodes about Season 3 plans, series co-creator Tony Yacenda told IndieWire, “There are going to be a lot of documentaries that we still haven’t dipped into. I don’t think that’s ending anytime soon. There are so many great documentary films that continue to come out that we haven’t been able to use some of their tools yet.”

Yacenda, who has directed all 16 episodes of the series to date, created the series alongside (and co-wrote the pilot with) Dan Perrault. The series was produced by CBS Studios, Funny or Die, and 3 Arts. Dan Lagana served as showrunner on both seasons.

This Article is related to: Television and tagged American Vandal, Funny or Die, Netflix