The filmmaker also shared Baldwin's suggestions for how the adaptation should differ from the novel. 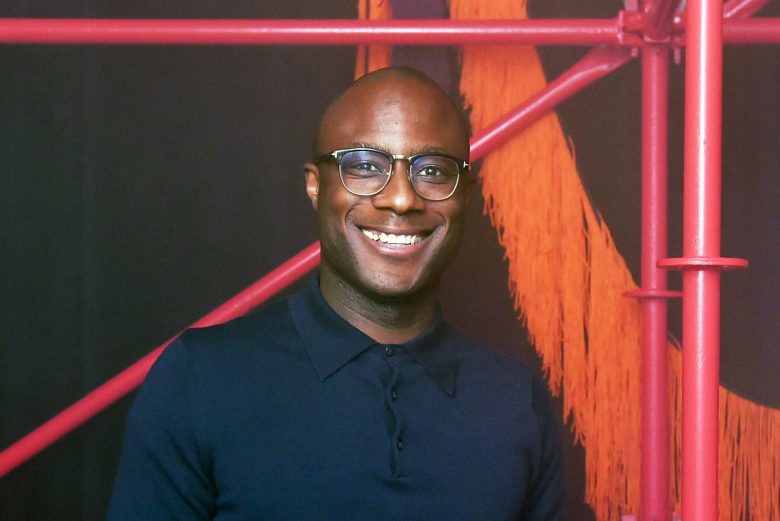 Celebrated African American author and culture critic James Baldwin had very few engagements with Hollywood, mostly appearing in several documentaries as himself. Most recently, he came to moviegoers in archival footage as the subject of Raoul Peck’s Oscar-nominated 2016 documentary, “I Am Not Your Negro.” Baldwin was a fervent critic of America’s commercial entertainment complex, so it may come as a surprise to learn that, 40 years ago, he was considering a film version of his 1974 novel, “If Beale Street Could Talk” — which has finally made its way to a movie version, with Barry Jenkins at the helm.

It turns out that Baldwin jotted down ideas on how he would approach the adaptation, including some suggestions for the cast. Jenkins shared details on this previously-unreleased information during an hour-long in-depth conversation at a New York Film Festival event ahead of the film’s U.S. premiere.

During the wide-ranging conversation, which was moderated by author and Baldwin scholar Darryl Pinckney, the filmmaker explained how he received unexpected access to Baldwin’s notes. Prior to the start of production on “Beale Street,” Jenkins received an unexpected package from the executor of Baldwin’s estate, Gloria Karefa-Smart, which included a notebook dated 1978. Inside, there were handwritten notes that Baldwin made on how he’d approach a film adaptation of “Beale Street,” including the casting choices he would have made, and his wish list of directors. “It was clear that he was writing the screenplay for the film himself,” Jenkins said.

Among the actors listed in Baldwin’s notes were Ruby Dee, Rosalind Cash and an unidentified person initialed “D.B.” Jenkins didn’t mention whether Baldwin’s notes included any specifics about which roles he was eyeing those three actresses for. It’s unlikely any of them would have been up for the starring role of teenager Tish, played by newcomer Kiki Layne in Jenkins’ film, since they were all much older at the time.

Teasing Baldwin’s wish list of directors, Jenkins said in jest, “None of them was Barry Jenkins, I can tell you that.” Instead, Baldwin had a dream list of acclaimed filmmakers from his time that included French New Wave director François Truffaut, Louis Malle, photographer and filmmaker Gordon Parks, and theater director Lloyd Richards, who was Broadway’s first black director.

The audience gasped when Jenkins revealed those names. “I know, right?” he said. “And I’m the one who got to direct the film!”

But Baldwin’s notes didn’t end with just casting and directing choices. “There was another page where he listed creative things he was going to do,” said Jenkins. By the time Jenkins uncovered these details, the filmmaker had already completed his first draft of the screenplay, and there weren’t noticeable differences between his approach and Baldwin’s ideas. “He wanted a running voiceover from Tish’s perspective, and I thought OK, good, I did that,” Jenkins said. “And, in the novel, there’s this lovely scene of Tish and Fonny as children in a church, but Baldwin noted that he didn’t think there was any place for that scene in his vision of the film. And in my own draft, I didn’t think there was any place for the scene either. And I thought, ‘OK, me and JB we cool!'”

Jenkins said that he had wanted to direct an adaptation of “Beale Street” for many years. He first wrote the screenplay during the same 2013 summer when he worked on his Oscar-winning script for “Moonlight.” Asked whether it was daunting to have Baldwin’s legacy weighing on him, Jenkins played it cool. “It wasn’t a burden only because, when I wrote it, I had no damn idea or clue that I would ever get to make it,” Jenkins said. “I didn’t know anyone from the Baldwin estate; I didn’t have the rights to the novel. I just told myself, you know what, I’m just going to write this thing and the reward will be the pleasure of writing it.”

At the time, Jenkins was a relative unknown. “There was no James Baldwin, no notes, there was no ‘Moonlight’, there was no Oscar,” he said. “The work existed as a thing onto itself, and all those outside pressures that we allow to influence our minds, none of that was there. It was just me and the novel. I was in a very lonely, lonely place at the time.”

Jenkins would eventually secure the rights to “Beale Street” from Baldwin’s famously protective estate, inadvertently thanks to Jake Gyllenhaal. And the rest, as they say, is history.

Annapurna Pictures will release “If Beale Street Could Talk” on November 30.

This Article is related to: Film and tagged Barry Jenkins, If Beale Street Could Talk, James Baldwin