After taking an honest look at puberty's animal urges, Netflix's canny kids' show delves into the subsequent feelings of shame — and why they need to be ignored. 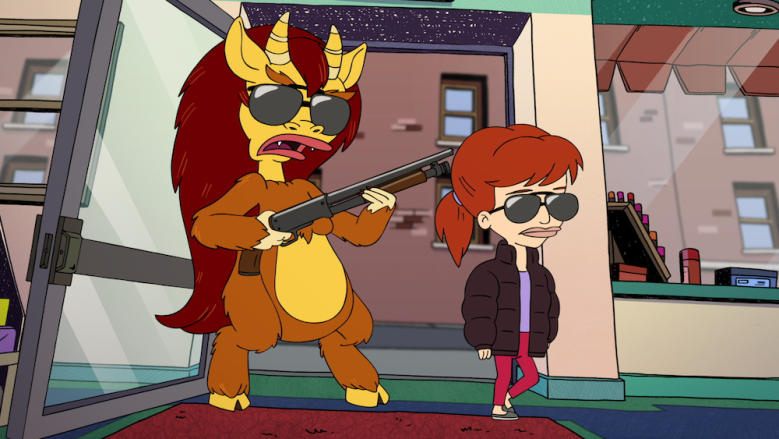 Despite the language, nudity, sexual situations, drug use, and cartoonish violence (Garrison Keillor’s severed head has taken on added relevance given last year’s allegations), “Big Mouth” is not an adult animated series. It’s about kids, for kids (of a certain age), and the older viewers are there to learn, remember, or both. Even more than before, Season 2 is weird and proud of it; a living embodiment of putting it all out there, despite what people might think. In a very real way, these episodes are a form of activism, and in a season focused on teaching kids how to separate shame from guilt, it’s downright powerful. A Peabody Award would not be out of order.

If the Hormone Monster was the creature tasked with setting the tone of “Big Mouth” Season 1, then the Shame Wizard fills the role in Season 2. Don’t worry: Nick Kroll’s devilish creature with a heart of gold (and a bag of pet penises) isn’t absent from Netflix’s sequel, and neither is his feminine counterpart Connie, brought to delectable life by Maya Rudolph. They’re still helping Andrew (voiced by John Mulaney) and Jessi (Jessi Klein) explore their burgeoning sexualities, guiding each pubescent junior high schooler through their natural urges and inexplicable mood swings. 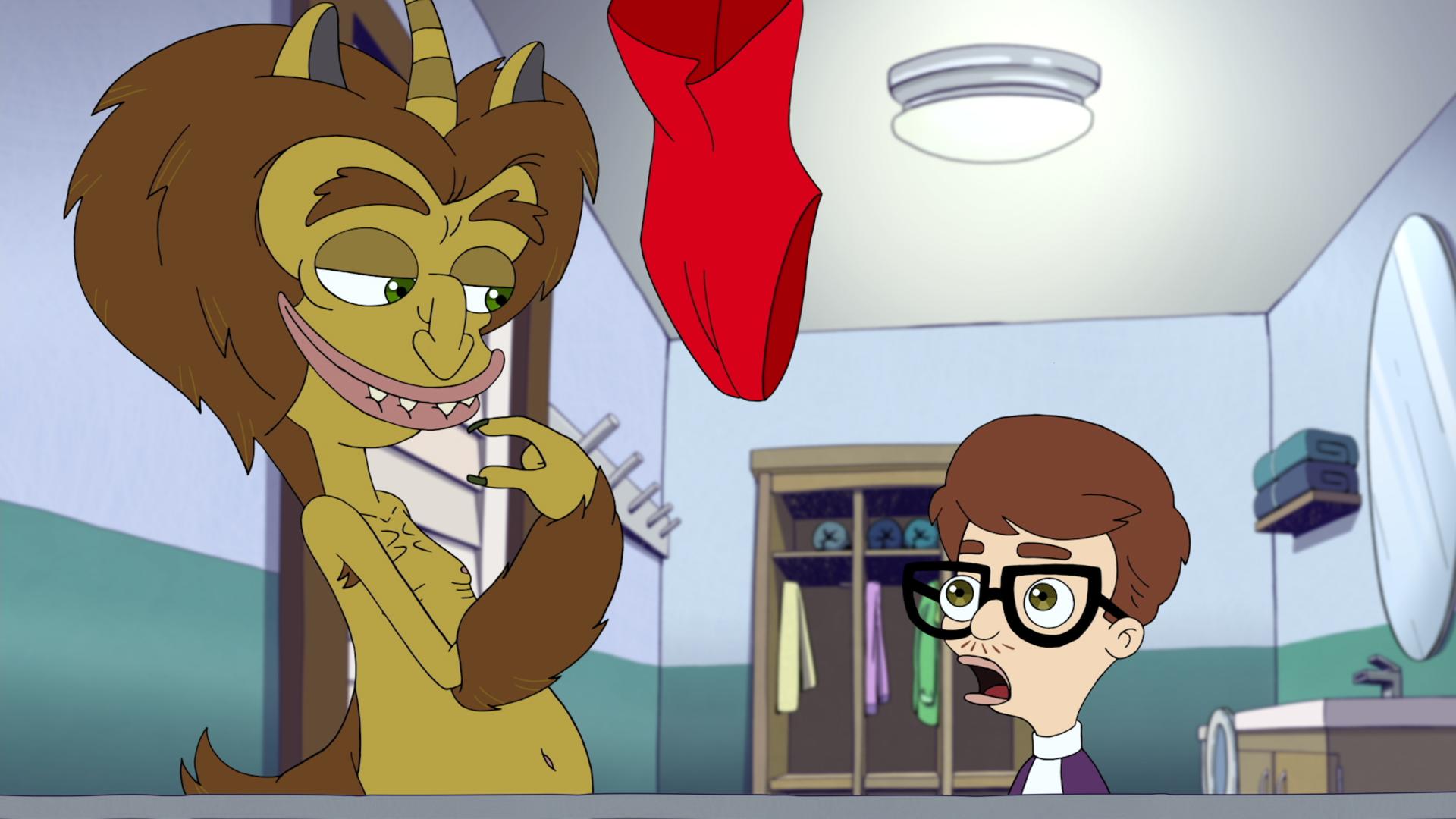 Coaxing this ballooning throng of indignity is the Shame Wizard, voiced to perfection by David Thewlis. Looking like a cross between Professor Snape, a Dementor, and an older, goblin-eared version of Thewlis himself, the Shame Wizard sneers and cackles his way into exacerbating the emotions of every confused kid. In one of the series’ better songs (written and composed by Mark Rivers), the Shame Wizard flies through the night sky casting a shadow on all the embarrassed kiddos. “How I hate to be a bummer, but my dear I’ve got your number, and I’ll whisper it forever in your ear,” he sings, adding “You’ve got no one but yourself to blame,” and “If you start to burn too hot, I’ll dose your filthy flame.”

In the world of “Big Mouth,” the Shame Wizard exists because he believes he’s serving a vital function: Children need to feel ashamed of what they do in order to distinguish right from wrong. If Jessi steals a lipstick from a local store, she should be ashamed of herself. But the problem brilliantly addressed by writers and co-creators Kroll, Andrew Goldberg, Jennifer Flackett, and Mark Levin is that shame can go too far. Often, children are too embarrassed to ask questions or ill-informed about what’s routine when growing up. Sometimes, adults just get in the way. 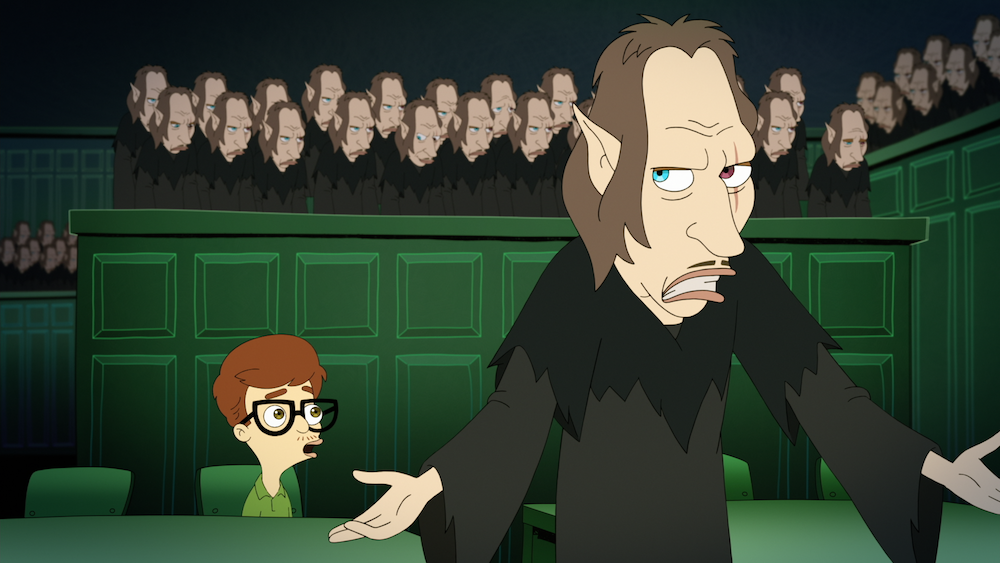 Early in the season, Andrew searches for forgiveness through religion. He wants to make amends for breaking social norms (and offending one of his friends), but his rabbi can’t help him. “Jews, we do not feel shame. We feel guilt,” he’s told, before being sent to a Catholic priest. That doesn’t work either, as Andrew’s “penance” of five prayers doesn’t make him feel like he’s learned anything.

Finding inadequate advice from adults is a common and insightful theme of “Big Mouth;” no one tells these kids what they really need to hear. In this instance, Andrew needs to be told what he’s doing is normal; that his urges are driven by biological prompts everyone goes through. More specifically, he needs to know that shame is different than guilt, as the former describes feeling bad about yourself and the latter is related to specific instances. He should feel guilty about where he masturbated (in his friend’s bathroom while thinking about his friend’s sister), but not that he felt the need to do so.

The eloquence with which “Big Mouth” illustrates these differences and guides its audience to a moral resolution is beyond admirable. It’s a valuable service for any kids whose parents let them watch, as well as a keen lesson for wary adults. By normalizing experiences many kids feel embarrassed about, the series is actively advocating for their emotional well-being. Anyone who watches these episodes should feel a little less self-conscious, if not also a significant boost in self-esteem. Even if they don’t, the show’s sharp wit, exuberant voice work, and wild imagination are more than enough to provide top-shelf entertainment. It’s a win-win, so why not give “Big Mouth” a Peabody and an Emmy?

This Article is related to: Television and tagged Big Mouth, Netflix, TV Reviews