IndieWire Honors: "It's a very strange show, but I think that's what HBO wanted," said Hader, who won the Emmy for outstanding actor in a comedy last month. 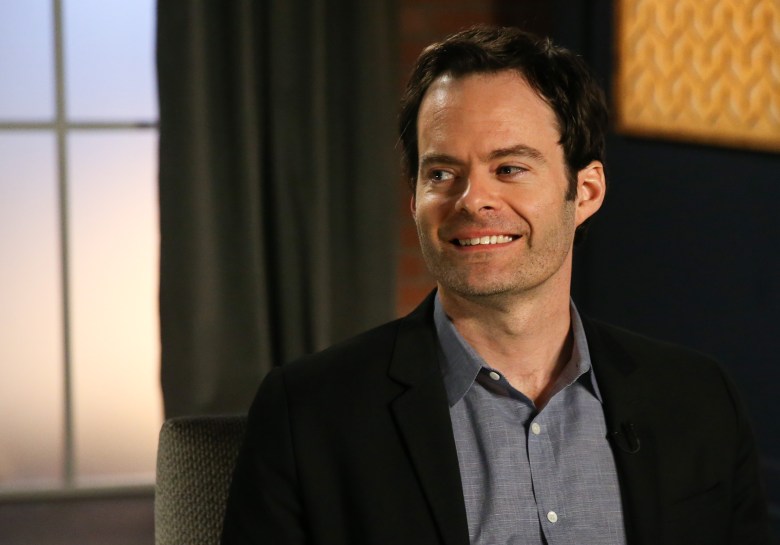 On November 1, the 2018 IndieWire Honors ceremony will celebrate seven filmmakers and actors for their achievement in creative independence. We’re showcasing their work with new interviews this week.

Bill Hader wasn’t expecting to win the Primetime Emmy this year for outstanding actor in a comedy — which explains why he looked a bit bewildered while giving his acceptance speech. Hader managed to thank everyone he needed to thank and even get a few laughs by staring, mystified, at his new statuette. Weeks later, the “Barry” star and co-creator admitted that he remembers nothing from that moment on the Microsoft Theatre stage.

“I was completely shocked,” Hader recently told IndieWire. “I thought it was going to be Donald Glover, or Ted Danson, and I didn’t bring anybody with me. I wanted to go home and get some rest because [co-creator Alec Berg] and I had a lot of work to do the next day.”

Instead, Hader found himself on stage, clutching his new Emmy and thanking his co-stars — including Henry Winkler, who had just won his own category moments before. After making awkward small talk while leaving the stage with category presenter Michael Douglas (“I was like, ‘Hey man, you produced “One Flew Over the Cuckoo’s Nest” to Michael Douglas. Bill, you idiot!”), Hader went through the obligatory whirlwind of press. 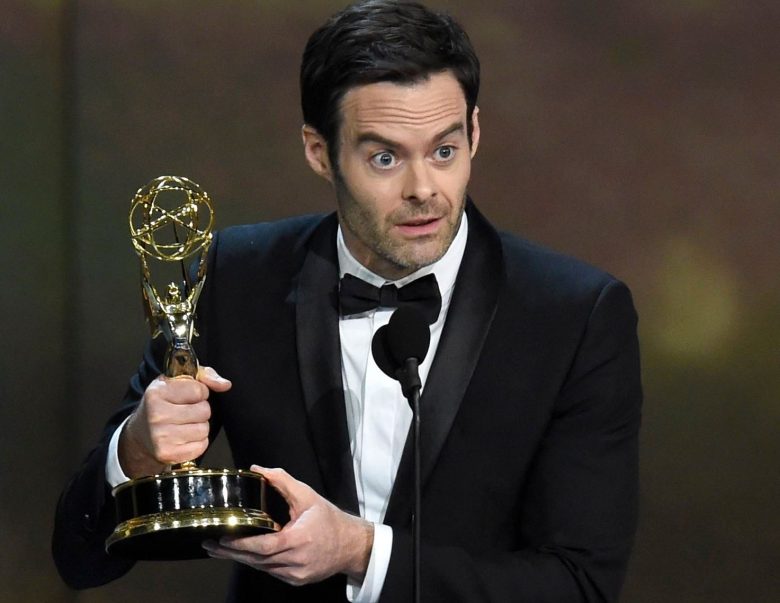 Bill Hader at the Emmys

Hader may have to get used to it. “Barry,” now wrapping production on its second season, is a critical and ratings hit for HBO. And for Hader, it has highlighted his acting chops and his writing skills, plus given him a chance to practice the passion that brought him to Hollywood in the first place: Directing. The triumph of “Barry” is why Hader was selected to be among the top-tier talent recognized at its second annual IndieWire Honors.

The accolades have been a bit of validation for Hader and Berg, who weren’t sure how audiences would react to the unconventional storytelling on “Barry.” The dark HBO comedy stars Hader as a Marine veteran struggling with depression and post-traumatic stress disorder. Now an assassin for hire, he winds up in Los Angeles and stumbles into an acting class (taught by Winkler’s character) — where he sees a way out, if only his handler (Stephen Root) didn’t keep giving him more hitman work.

In some ways, it’s two series in one, with Hader’s character as the one unifying factor between the hitman storyline and the world of the acting class.

“It’s a very strange show, but I think that’s what HBO wanted,” Hader said. “If I had come in and said I wanted to do something very similar to what I was doing on ‘Saturday Night Live,’ I don’t think they would have been interested.”

He’s been surprised by the way audiences have been discovering the show. “The amount of people that tell me, ‘I watched all of your Season 1 on a plane ride,’ since New York to Los Angeles is four hours, has been big,” he said. “It’s really gratifying and people get it.”

Season 1 of “Barry” stood out for its mix of humor and dark, often violent, moments. For Season 2, Hader has promised that “Barry” will go into even darker places. 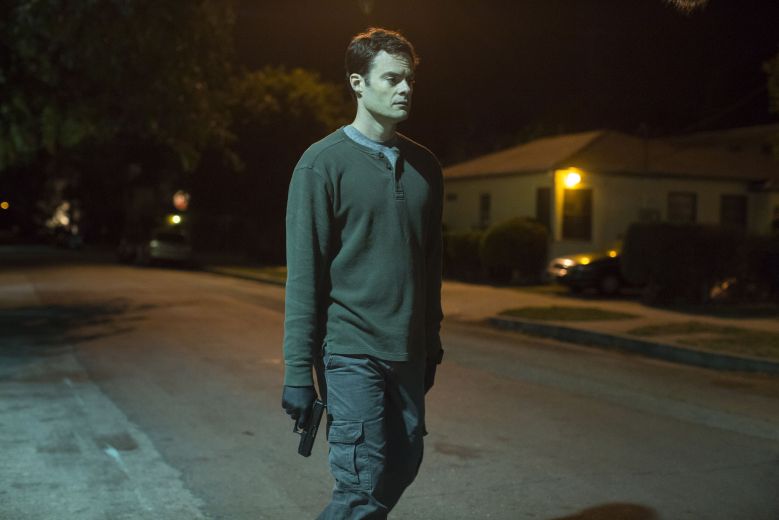 “There’s still some good comedy,” Hader said. “But I think, just for the virtue of Barry’s character and what he does for a living, and how we’ve chosen to portray it — which is him becoming a little more sensitive to what he does for a living and how it’s affecting people and himself — it starts to get darker. You sit in a writers room and you go, ‘Well, I guess this is what would happen next.’ And everyone just stares at each other like, ‘Oh shit!'”

Meanwhile, Hader is loath to give spoilers, but he did say that “Barry” Season 2 will dive deeper into exploring its supporting characters this season, including fan favorite Noho Hank (Anthony Carrigan).

“Noho Hank has a lot to do this season,” Hader said. “So people will be happy. Anthony Carrigan now just owns that character. We just stay out of the way. We put him in situations and Anthony really fills it.”

While Hader said that he and Berg are a bit nervous with some of the directions “Barry” will go in Season 2, he added that the network continues to support them. (“You go to HBO and wonder if this is going to fly, and they say, ‘let’s do it!'”) But he admitted the complexity of emotions on the show can be exhausting.

“There has already been, in the first three episodes, scenes where we’re all a bit drained afterwards,” he said. Off-set, Hader is content to decompress by spending time with his family. “I hang with my kids and watch ‘The Greatest Showman,’ like, 200 times,” he said. “I meditate. That’s been really helpful. I do transcendental meditation. I don’t think I could do the show if I didn’t do that.” 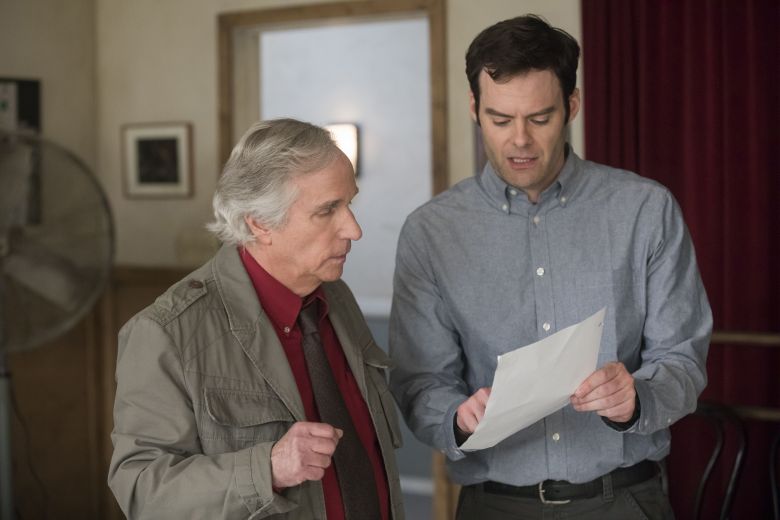 “Barry” consumes most of Hader’s life at the moment — not only is he in most scenes, but the actor is also directing two episodes this season. But beyond that, he’s also an executive producer on IFC’s “Documentary Now!” parody series with Seth Meyers, Fred Armisen, and Rhys Thomas. Hader had to step back from actively working on Season 3, premiering in February, but he still kept tabs on the show and wrote on multiple episodes. “I think this season’s one of the best,” he said. “I didn’t have much to do with it. Maybe I shouldn’t have been involved at all!”

Hader also had to step back from working on “South Park,” which he had worked on for years as a writer. (His other Emmy came in 2009 for the “South Park” episode “Margaritaville,” which won that year for outstanding animated program under an hour.)

“My whole life is just ‘Barry’ and then trying to have some semblance of time with my kids,” Hader said, “and trying to find time to sleep.”

This Article is related to: Awards and tagged Barry, Bill Hader, HBO, iw-honors