"He threw me to the ground. Flat on my back. Wind knocked out of me," Philipps writes in her upcoming memoir. 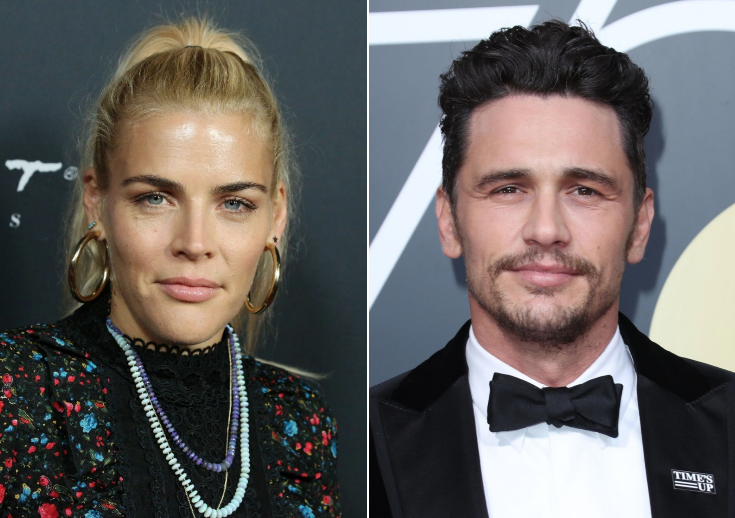 Busy Philips’ upcoming memoir, “This Will Only Hurt a Little,” includes a passage in which the actress looks back on a physical altercation that took place between James Franco and herself on the set of their comedy-drama television series “Freaks and Geeks.” The book excerpt was first released by Radar Online and has been verified by Yahoo Entertainment.

The physical altercation between Franco and Philips occurred during a “Freaks and Geeks” scene in which Philips’ character had to gently hit Franco’s character in the chest while delivering a line. Franco allegedly broke character and got upset with Philipps after she hit him.

“He grabbed both my arms and screamed in my face, ‘DON’T EVER TOUCH ME AGAIN!’” Philipps writes in the book. “And he threw me to the ground. Flat on my back. Wind knocked out of me.”

Philipps calls Franco a “fucking bully” while discussing the moment on the set. The actress said everybody on set was horrified when he pushed her to the ground and she later told co-star Linda Cardellini about what happened. Cardellini advised Philipps to call her manager and report the incident. According to Philipps, Franco apologized the next day because he was ordered to do so by directors and producers, but he was never formally punished for what occurred.

Philipps’ allegation arrives less than a year after five women accused Franco of sexual misconduct and/or harassment in an article published January 11 by The Los Angeles Times. Franco has remained largely out of the spotlight since the allegations went public. The actor can currently be seen in the second season of HBO’s “The Deuce,” and he has a supporting role in the Coen brothers’ “The Ballad of Buster Scruggs,” opening in theaters and on Netflix November 16.

Philipps’ memoir, “This Will Only Hurt a Little,” is available to purchase October 16. IndieWire has reached out to Franco’s representative for further comment.

This Article is related to: Television and tagged Busy Philipps, Freaks and Geeks, James Franco