The CBS All Access series is a relentless, unnecessary nightmare that’s too grim for Grimm. 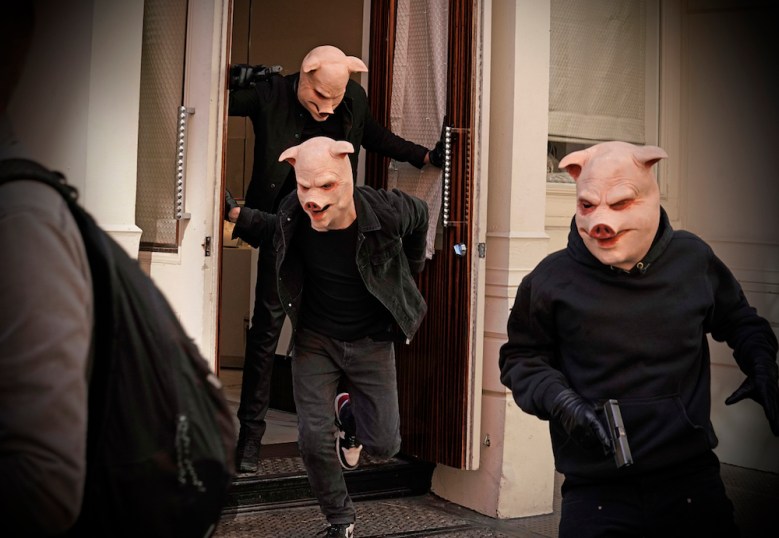 “Tell Me a Story”

With opening credits that show Little Red Riding Hood being raped by the Big Bad Wolf, “Tell Me a Story” is about as fun and understated as you might expect. The new CBS All Access series from Kevin Williamson, master of dark and icky shows like “Stalker” and “The Following,” attempts to twist classic fairy tales into his dark and icky mindset (never mind that these stories are already pretty grim). When viewed through their fairy-tale origins, the tales are laughably contrived. As standalone stories, they’re as ugly as they are trite.

Season 1 focuses on “The Three Little Pigs,” “Hansel and Gretel,” and “Little Red Riding Hood.” Sam (Dorian Missick), Eddie (Paul Wesley), and Mitch (Michael Raymond-James) stand in as the not-so-little pigs, forming a hapless gang of jewelry store robbers whose story bookends the premiere. Presumably, Eddie is going through with the heist to fix his leaky roof in the shoddy shack he calls home — probably made of straw (get it?) — and his brother Mitch is joining him to provide for his family, but the metaphors don’t end there. In case anyone is confused why the formerly innocent swine of the O.G. fairy tale are now corrupt, gun-toting killers, don’t worry about it: They’re wearing pig masks, and there are three of them.

Perhaps you’d argue the pigs are still victims in this dark new world, and they’ve been driven to violence by circumstance. That’s still too far of a reach, but one that’s also required to swallow Williamson’s spin on “Hansel and Gretel.” Hannah (Dania Ramirez) and Gabe (Davi Santos) are siblings, but they’ve grown apart since moving to the woods, aka New York City. Hannah is a cop and a veteran, while her brother is a burlesque dancer and a drug addict. When he gets in trouble (lured to a dangerous house! by drugs!), she comes to his rescue. From there, it’s only a question of what duck will ferry them home safely.

Not that that makes a lick of sense. Where’s home? Is it Gabe’s seedy drug den? Is it their unknown parents’ house? Is that a twist yet to drop in this confusing allegory? Despite the overt attempts at grounding the series in a familiar setting — Trump, of all things, is a regular topic of conversation — little in “Tell Me a Story” follows logic, let alone realism. But the third story is where things start to turn vile. 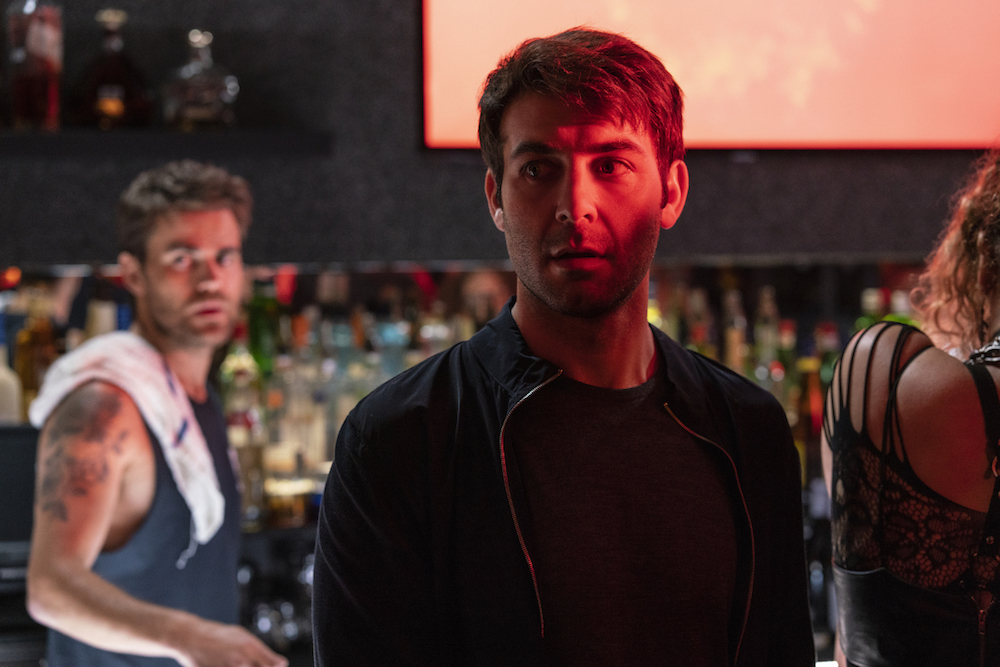 James Wolk in “Tell Me a Story”

Kayla (Danielle Campbell) has just moved to NYC, after the death of her mother forced her dad to relocate the family in hopes of a “fresh start.” After all, Kayla made some bad friends and developed some bad habits after the tragedy — a 17-year-old smoked pot, you guys! — so clearly the Big Apple is a better place for her than the west coast. Somehow, Kayla keeps making trouble in the quiet little town of Manhattan. She grabs her fake ID, sneaks out of the house, downs some molly with a swig of vodka, and meets the sweetest man you’ve ever laid eyes on. Of course, he lays eyes on her first, staring her down with ferocious intensity that somehow reads as charming to Kayla. The two hook up, and, well, anything else would be a spoiler, but the twist should range from yucky to sickening.

The same can be said — meaning very little — for the one set of characters who have yet to be assigned a fairy tale. Jordan (James Wolk) and Beth (Spencer Grammer) are living together and plan on getting married, but the would-be mom is having second thoughts given current events. She can’t see how bringing a child into “Trump’s America” is a good idea, just as he can’t see why that prohibits them from adopting. Though this question is a good one, it’s quickly abandoned in favor of punishment. The premiere episode sets the couple on a new path tied to one of the other stories, but whether or not Jordan and Beth’s story segues nicely with a pre-established fairy tale is irrelevant.

Even though it’s technically telling two stories at once with each of its arcs, “Tell Me a Story” forgets the fundamentals implied by its title. The characters are lifeless composites with little or no reason to care about what they’re doing. The dialogue is blunt at best and painful at worst. The look of the series, with both episodes directed by Liz Friedlander, is so plain viewers will find themselves missing the animated credits sequence — that is, until it rolls around again at the start of Episode 2 and reminds you why it, too, is pretty gross. It’s bad enough when unpleasantness is treated as an end to itself; when its creators attempt to ascribe significance, it becomes repellent. To fill its empty soul, “Tell Me a Story” tries to capitalize off of time-honored fairy tales and timely anger surrounding Trump. And that, my friends, is a horror story made for no time whatsoever.

“Tell Me a Story” premieres Wednesday, October 31 on CBS All Access.

This Article is related to: Television and tagged CBS All Access, Tell Me a Story, TV Reviews