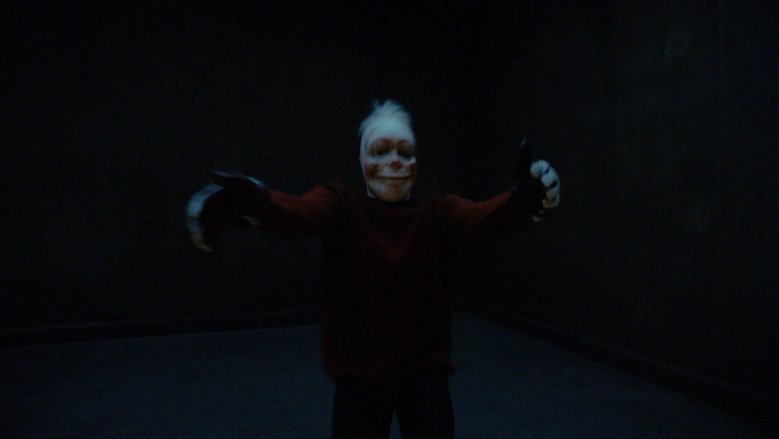 [Note: The following interview contains spoilers for the first episode of “Channel Zero: The Dream Door.”]

At the end of the premiere episode of “Channel Zero: The Dream Door,” contortionist nightmare creation Pretzel Jack has just murdered someone. He leaves the room with a flourish — only for his outstretched arm to hit the door frame on the way out. It’s a beat of humor and horror, and creator Nick Antosca takes none of the credit.

“That’s all Troy [James],” he said. “None of that is in the script or in the direction. That’s Troy adding little flavors and touches to the moment, which are so memorable.”

Pretzel Jack is an otherworldly creature, a manifestation of childhood whims, but there’s a real person under there; you might even be familiar with his work. James previously appeared on competition shows like “America’s Got Talent” (Simon Cowell has never looked more unsettled) as well as “Channel Zero: Butcher’s Block,” which premiered earlier this year. That work helped earn him a part in “Dream Door,” even before the second season’s ideas were fully finalized.

“He briefly plays one of Alice’s hallucinations in the hospital and when I saw what he could do, I was like, ‘Oh, we should have him back.’ So when I was writing the season and we were in the writer’s room, we wrote Pretzel Jack specifically for Troy,” Antosca said.

Very few people are capable of crawling, arching, and twisting like James, which affords him a certain freedom in how he translates those sequences for the screen.

“In the script, it’ll say, ‘He does a bizarre contortionist performance for her as she watches stunned.’ Something like that,” Antosca said. “There’s a lot more of it in different takes and different cuts. He can bend his body [in what] that nature never intended to and he’ll give you like a million options. So we’ll always just be watching, aghast.”

Pretzel Jack central to the ideas of past trauma and regret that run through “Channel Zero,” but there’s another way that the season’s visuals tie to the character. Atosca said the reason he hired the season’s director, E.L. Katz, largely stemmed from his ability to show a visual understanding for the character’s grand exit. “He pitched me exactly how he would shoot Pretzel Jack killing Jason at the end of the pilot, which is pretty much how we ended up shooting it months later,” he said.

Designing the look for Pretzel Jack began with Troy’s face, and the creative team took it from there. “It’s gotta work with his physiognomy, so we couldn’t really design it until we were sure that Troy could do it,” Antosca said. “Then it’s a collaboration between a François Dagenais, who created the Tooth Child, and Sarah Sitkin, who designed a bunch of the stuff in Season 2. François built it and did some of the design, and Sarah did a bunch of concept art for it that was really great. Sam Wolfe Connelly, who did some posters for Season 1 and 2 and a bunch of Mondo posters, did the original concept sketches for Pretzel Jack. It was really a collaboration of three really interesting artists.”

This season of “Channel Zero” is built around a pair of newlyweds (Maria Sten, Brandon Scott) who find a “dream door” that allows a shadowy alternate reality to spill into theirs. Pretzel Jack is the starkest example of the past literally coming back to haunt both of them, but Antosca believes his contortions are most effective when they’re tethered to characters who reflect a mundane reality.

“Every season, we want the feeling of being in a nondescript, struggling America. It should feel like a sort of a no-man’s-land,” Antosca said. “I don’t love horror where I’m in a really creepy dark house or just like the swamp at midnight or something. I just don’t find it that scary. I prefer horror that takes place in the daylight and looks like everyday life. Horror to me is more effective when it takes place in a world that I totally recognize.”

“Channel Zero: The Dream Door” airs nightly at 11 p.m. on Syfy until Halloween.