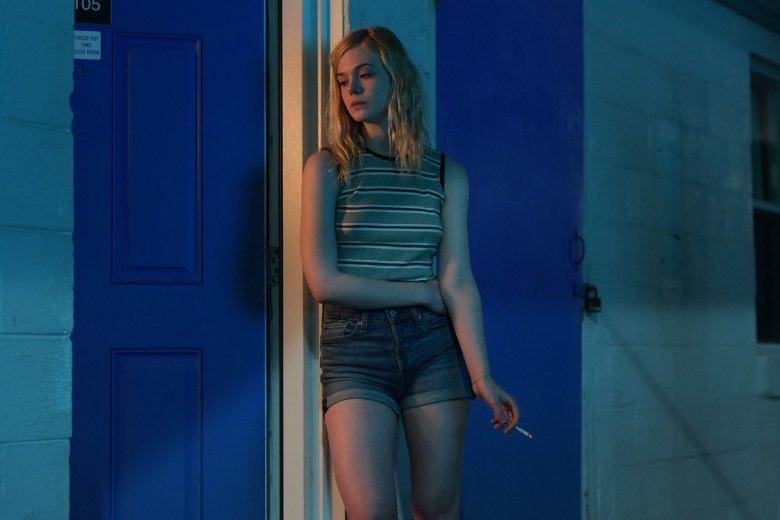 It takes far too long for “Galveston” to emerge from the novocaine of its various clichés and allow us to feel the tender flesh that bleeds across every scene of this seedy road noir, but — in fairness to director Mélanie Laurent — some filmmakers are never able to break the leathered skin of a Nic Pizzolatto story (see: “True Detective” season two. Better yet; don’t). Adapted from a well-received novel of the same name that Pizzolatto wrote prior to his success on premium cable, “Galveston” is draped with all the self-serious despair that looms above the author’s infamous HBO series, but it crucially lacks the same capacity for bullshit. At a tight 87 minutes, the movie just doesn’t have time to dance around the task at hand. If anything, this reheated serving of meat-and-potatoes crime fiction is so to the point and in the moment that it doesn’t even seem to invite any deeper meaning until its unexpected final moments.

Written for the screen by a first-timer named Jim Hammett, “Galveston” drops us into the dirty shallows of the New Orleans underworld circa 1998. Ben Foster stars as Roy Cady, a light and fun-loving guy with absolutely no demons in his closet whatsoever. Just kidding, he’s yet another of the actor’s signature basket cases; a super intense ex-con with a hair-trigger temper, a penchant for violence, and a terminal case of lung cancer. Thanks to an efficient bit of writing, we learn all of these things about Roy in a single moment, as he storms out of a medical clinic before the doctor can even finish reading his diagnosis.

These days, Roy works for a local crime lord called “Big Country” (Beau Bridges), who runs his sad little empire out of the back of a laundromat. Alas, there’s trouble in purgatory. It’s unclear if Big Country is feeling threatened about the fact that Roy used to date his new girlfriend, or if Roy just isn’t earning his keep, but the boss has decided to eliminate his steely-eyed enforcer. A quick word of caution to any aspiring henchmen out there: If your bloodthirsty employer insists that you go to the next job unarmed, it’s probably because they don’t want you to come back alive.

Roy, however, is quick on his feet, and manages to stab his way out of the ambush during a one-take fight scene that channels the same macabre grace of Laurent’s breathless 2014 psychothriller “Breathe” (her knockout second film as a director, which still feels rich with unrealized potential). But while Roy is understandably eager to flee the scene, something rivets him in place: A young girl in a slinky red dress is tied to a chair in the living room. After a moment’s hesitation, Roy decides to take Raquel (Elle Fanning) with him.

It’s lonely to be on the lam by yourself, and the damsel — a cherubic hooker with a heart of gold and a history of trauma — isn’t all that picky when it comes to broken men with bold intentions. Together, they agree to hole up in a shady Galveston motel and wait for their pasts to catch up with them. But they’re not by themselves: Rocky (as she likes to be called) kidnaps her three-year-old sister Tiffany (Tinsley Price) along the way, snatching the tot away from her abusive stepdad, and giving the little girl a fresh start. She may be the only one of these people who still has that chance.

The murky hope for a brighter tomorrow is always creeping into the edges of this dingy little thriller, which is snagged between Roy’s doomed fate and Rocky’s unwritten future until a more interesting dynamic emerges towards the end. One isn’t quite willing to lay down and die, while the other seems resigned to a hardscrabble life of unregulated sex work. In his book, Pizzolatto describes Rocky as being “harassed by her own potential,” and Fanning’s finely calibrated performance trembles with those words; the actress is too consistent and accomplished for her work here to feel like a revelation, but she does a splendid job of complicating a tired stereotype. 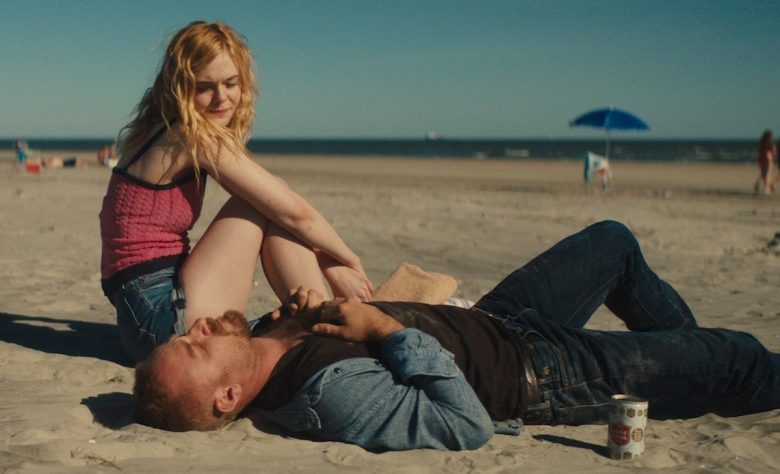 As the film wears on and Roy predictably casts himself as Rocky’s salvation, Fanning pushes back against the idea that her character deserves that salvation, or can even stomach the idea of accepting it. The uncertain dynamic between this strange pair allows “Galveston” to remain interesting, even after the film settles down in a single location with little suspense, Laurent’s direction grows increasingly nondescript, and Hammett’s script begins to force its characters through an enervating series of obvious story beats (e.g. Rocky tries to mollify Roy with free sex, and Roy — despite his documented affinity for tall blondes — is either too noble or protective or whatever to accept).

There’s no getting around the unfortunate irony to how this all plays out: The movie thrives in the hazy distance that it creates between its leads, but the scenes that isolate Roy in order to focus on his quest for redemption tend to flounder without Rocky there for contrast. A misbegotten visit to an ex-girlfriend leaves us with the feeling that Roy may not be able to make things right (“I was glad you went to prison,” she deadpans), but the scene doesn’t have any weight until we get to see it reflected through Rocky’s experience. Similarly, a climactic escape sequence — another exciting one-take that suggests Laurent is far more comfortable with the camera when she builds a scene around it — is hamstrung by its focus on a character whose story doesn’t have much substance on its own.

Only in the film’s moving epilogue — when Roy, Rocky, and her sister are all in their own ways exorcised from the people they used to be — does “Galveston” cohere into more than the sum of its over-familiar parts. Anchored to the sudden appearance of a major young TV star, the coda abruptly re-configures a tired crime saga into an altogether different kind of story, one that doesn’t see redemption as something Roy might achieve for himself, but rather as something that he can give to the people who need it from him.

RJLE Films will release “Galveston” in theaters and on VOD on October 19.