Horror fans probably haven't seen the last of Romero on the big screen. 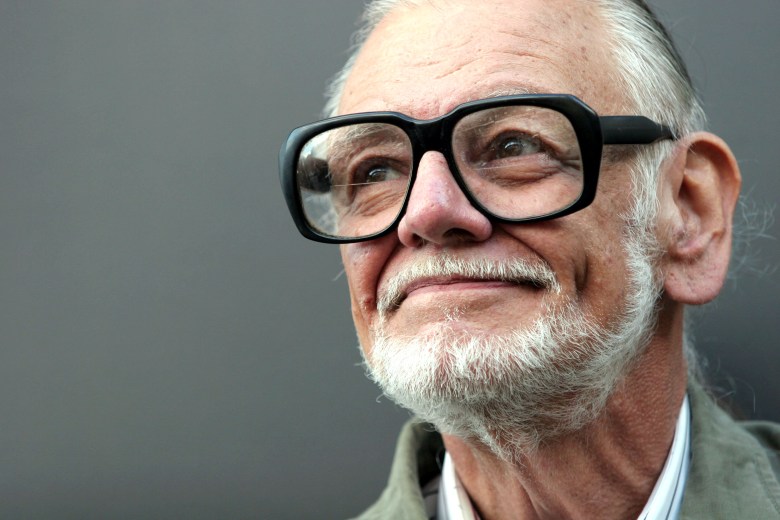 Horror legend George A. Romero passed away in July 2017, but a new interview with his wife, Suzanne Desrocher-Romero, has moviegoers excited there could be a lot of new Romero films on the big screen in the future. Speaking to ComicBook.com, Desrocher-Romero revealed there are dozens upon dozens of unproduced Romero scripts waiting to be made into films.

“We have a lot. George was a prolific writer,” Desrocher-Romero said. “He loved to write, and we have 40, 50 scripts that he’s written, and a lot of it is very good. He had a lot to say, and he still does, because I’m gonna make sure that he does. It’s my mission.”

One Romero script already “in that works” is “Road of the Dead,” which Romero was set to produce before his death. The film is being directed by Matt Birman. Desrocher-Romero said development on the movie has “sputtered a little bit,” but she seems confident the project will end up happening. Birman told IndieWire shortly after Romero’s death that the “Road of the Dead” script is fantastic, and he vowed to get the movie made.

Another project is not a movie but a novel entitled “The Living Dead.” Romero had been working on the book prior to his death. Desrocher-Romero said author Dan Klaus is “fervently rewriting as we speak,” which means the novel will be completed and released as intended. Romero’s wife also revealed the existence of a movie the horror director made in the 1970s that never got released.

“We have a film that he shot in 1973 that most people haven’t seen. A handful of people have seen this film,” Desrocher-Romero said. “We’re gonna restore it, and we’re gonna show it to Romero cinephiles. It’s a scary movie, but it’s not a horror movie, and it’s about ageism. Anyway, he has a cameo in it, and it’ll be fun. And we’ll show the movie, or get it distributed. It’ll be a project that the foundation’s gonna do. I think it’s the first project we’re gonna do actually.”

Romero is most famous for launching the zombie subgenre with “Night of the Living Dead” and is considered a pioneer of horror filmmaking.

This Article is related to: Film and tagged George Romero, Night of the Living Dead