Stephan James, Bobby Cannavale, and Shea Whigham co-star in the upcoming series based on the star-studded Gimlet fiction podcast. 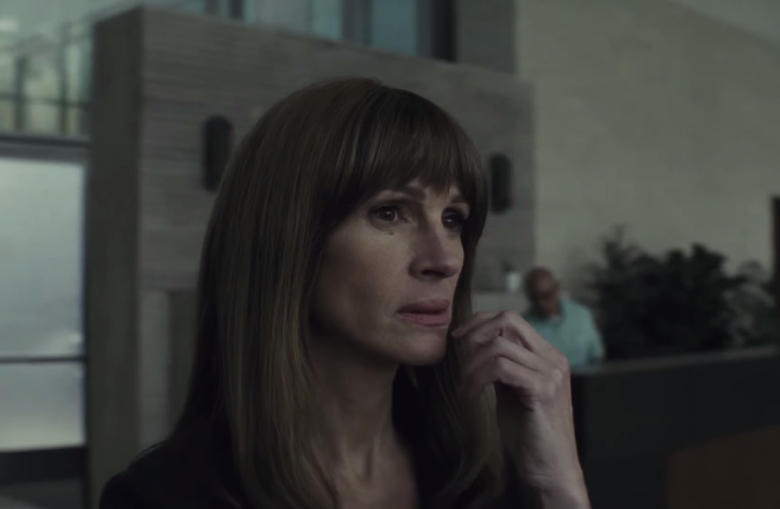 It doesn’t take much for Monday to start off with a slight bit of paranoia, dread, and uncertainty. But just in case, Amazon’s offering up one last look at its upcoming drama series “Homecoming.”

Starring Julia Roberts and based on the popular Gimlet podcast of the same name, the show takes a deep dive into an eerie mystery lodged inside a government health facility. Heidi Bergman (Roberts) follows the thread of a shadowy conspiracy that somehow involves her work at Homecoming and an old patient Walter Cruz (Stephan James).

Following on her trail? Agent Thomas Carrasco (Shea Whigham) asking plenty of questions about Heidi’s past work. Heidi’s old boss Colin Belfast (Bobby Cannavale) also quickly gets caught up in the web of intrigue as well. (In a nice bit of circular balance, Cannavale is starring in the latest Gimlet fiction podcast, “The Horror of Dolores Roach,” which just debuted last week.)

As IndieWire’s Ben Travers pointed out in his review out of TIFF last month, “Homecoming” has some nice nods to thrillers of decades past. This trailer has a very Bernard Hermann-esque score to it, while that zoom-out of Colin chasing Heidi through a courtyard adds a ’70s touch to the whole thing.

“Homecoming” is the latest TV venture from “Mr. Robot” creator Sam Esmail. Showrunners Eli Horowitz and Micah Bloomberg wrote both seasons of the original show in its audio form as well. (To hear the process of how the show came together and went from audio curiosity to Amazon’s next big bet on the drama side, Gimlet’s releasing a four-part series going behind the adaptation process.) The 10-episode debut season drops next month.

Watch the full trailer (including some impressive minimalist neon signage) below:

This Article is related to: Television and tagged Homecoming, Julia Roberts, Sam Esmail