The blowback against Kelly over her controversial statements on blackface continue, also includes CAA dropping her as a client. 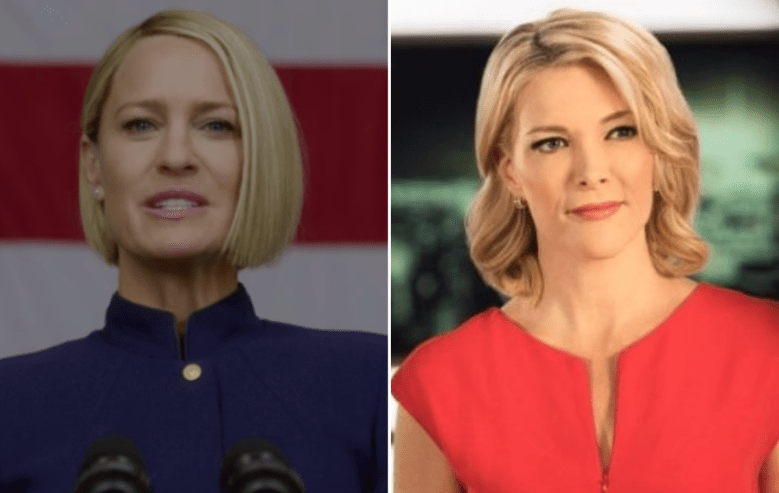 “House of Cards” and Megyn Kelly

The final season of “House of Cards” is debuting November 2 on Netflix, but the cast won’t be promoting the series on “Megyn Kelly Today.” Netflix confirms showrunners Frank Pugliese and Melissa James Gibson have canceled their upcoming appearance on Kelly’s NBC morning talk show in the wake of the host’s controversial blackface comments. Pugliese and Gibson were going to be joined by “House of Cards” actors like Michael Kelly, but now no one is going to sit down with Kelly.

Kelly was heavily criticized following her October 23 episode, in which she took issue with people being upset about the use of blackface on Halloween. “But what is racist?” Kelly asked about white people donning blackface on the October holiday. “Because you do get in trouble if you’re a white person who puts on blackface for Halloween or a black person who puts on whiteface for Halloween. When I was a kid, that was OK as long as you were dressing up as a character.”

Later in the discussion, Kelly defended a Halloween costume worn last year by “Real Housewives of New York” cast member Luann de Lesseps, who darkened her look to dress as Diana Ross. Luann was slammed on social media and called racist for the costume. “She made her skin look darker than it really was and people said that was racist. I don’t know,” Kelly said. “I found that, like, who doesn’t love Diana Ross? Who doesn’t want to look like Diana Ross for one day? I don’t know how that got racist on Halloween.”

Kelly was not only criticized by thousands of people on social media, but she was also scolded by her NBC colleagues Al Roker, Craig Melvin, and more. The talk show host issued an apology after her comments went viral, saying she “now realized” she was “indeed wrong.” “The history of blackface in our culture is abhorrent, the wounds too deep,” Kelly wrote in a statement.

This Article is related to: Television and tagged House Of Cards, Megyn Kelly, Megyn Kelly Today