Despite fan outcry over the casting of the embattled actor, Depp recently told a film festival crowd he's already lined up for the next film in the J.K. Rowling series. 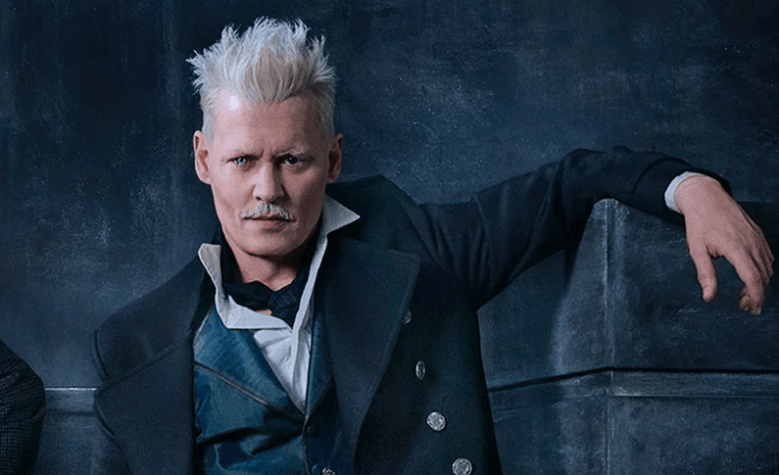 Johnny Depp in “Fantastic Beasts: The Crimes of Grindelwald”

In a recent wide-ranging public chat at the Zurich Film Festival, actor Johnny Depp offered up new details regarding his controversial casting as bad-boy wizard Gellert Grindelwald in the upcoming “Fantastic Beasts: The Crimes of Grindelwald,” including an apparent confirmation that he will return to the role in a further installment of the popular Harry Potter spinoff.

Collider reports that when asked if he enjoyed playing the character, Depp offered up his praise of the complex wizard, while also sneaking in news about his return to the franchise. “I loved it, because that’s really an arena where you can fly around and try different things and approach a character with a lot more … to take someone who is teetering on being a fascist, yeah, he’s a fascist, he’s one of those, but to play him as a sensitive, concerned yet manipulative and powerful wizard,” Depp said. “The possibilities in that world are wide open, so you can really try anything. So it was a gas and I look forward to the next installment, which I think we start the middle of next year.”

When Depp was cast as the scheming wizard, it sparked notable fan outcry, leading to the creation of a slew of petitions asking for the part to be re-cast. While Depp was briefly seen in the first “Fantastic Beasts” film — for the majority of the feature, he was “disguised” as another wizard, played by Colin Farrell — he will take on a much larger role in the imminent sequel.

In early 2016, Depp’s ex-wife Amber Heard accused Depp of being emotionally and physically abusive during their short marriage, at one point releasing a video of Depp “having a tantrum” and a photo of herself with a black eye she attributed to Depp’s alleged violence. In 2017, Depp and Heard’s divorce was finalized, with the actor ordered to pay his ex-wife a settlement of $7M, which she then pledged in full to the Children’s Hospital in Los Angeles and the American Civil Liberties Union.

Depp also addressed how he came to take on the starry role. “It was amazing. It came out of nowhere,” he said. “Someone said J.K. Rowling would like to talk to me. I spoke to a few producers and the director and to J.K. and had long conversations basically about the Grindelwald character. J.K. said something I did not expect to hear, because obviously her detail to her characters and those wizarding worlds is astonishing. The fact that she said, ‘I can’t wait to see what you do with the character,’ just to hand it off to me with that degree of trust, I was really touched, blown away by that.”

He added, “Grindelwald is an interesting character. His intentions in his mind are for the greater good, but there have been other people in world politics and such who felt the same way. He’s very dedicated to his beliefs. He’s not a fun character; he’s not funny.”

In a 2017 interview with Entertainment Weekly, director David Yates told the outlet that, despite an uptick in recent months of reports of sexual harassment and abuse in the entertainment industry, he just doesn’t quite see the correlation with his star, who has always been “full of decency and kindness” towards him.

“Honestly, there’s an issue at the moment where there’s a lot of people being accused of things, they’re being accused by multiple victims, and it’s compelling and frightening,” Yates told EW. “With Johnny, it seems to me there was one person who took a pop at him and claimed something. I can only tell you about the man I see every day: He’s full of decency and kindness, and that’s all I see. Whatever accusation was out there doesn’t tally with the kind of human being I’ve been working with.”

Warner Bros. will release “Fantastic Beasts: The Crimes of Grindelwald” on November 16.

IndieWire has reached out to Warner Bros. for further comment.

This Article is related to: Film and tagged Fantastic Beasts: The Crimes of Grindelwald, J. K. Rowling, Johnny Depp