The co-creator of "Camping" on how she balances her ambition while struggling with chronic pain: "Mostly, I just go to other countries and end up in the emergency room." 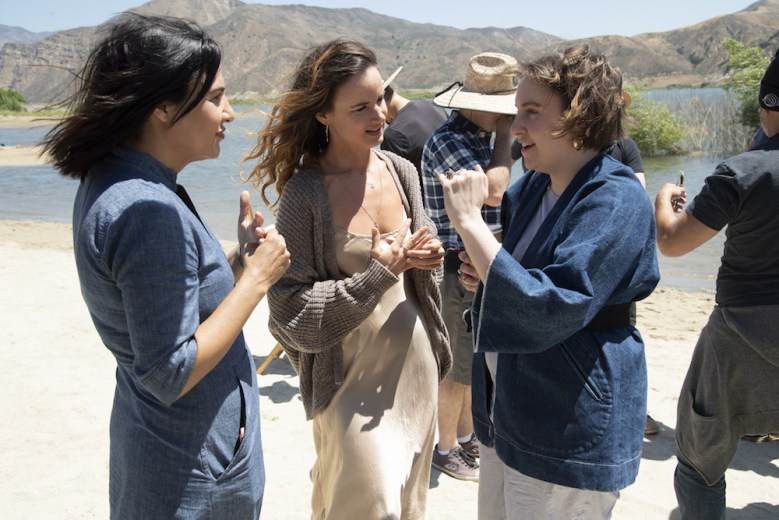 Jenni Konner, Juliette Lewis, and Lena Dunham on the set of “Camping.”

Lena Dunham knows that reviews for her new HBO series “Camping” haven’t been very positive — or, in her words, “I know that people haven’t necessarily been nice.” Not that that’s necessarily a bad thing. “I love when everybody, like Breitbart — like everybody hates it? That’s kind of fun.”

But as the creator told IndieWire, “I basically go into everything thinking that people won’t like it and then when they do, it’s a pleasant surprise. If I were to think about backlash all the time, I would just feel so much, so much pain. I’ve got enough pain on my own, generated by my body.”

“Camping,” which Dunham co-created with “Girls” partner Jenni Konner, focuses on Kathryn (Jennifer Garner), a wife and mother trying to put together the perfect birthday weekend for her husband Walt (David Tennant). Kathryn, like Dunham, openly suffers from chronic pain and has undergone a hysterectomy, and presents herself as a very unique character in the television landscape — one who proves actively unlikeable at times.

Of course, this is nothing new for Dunham. “When we created ‘Girls,’ when we brought Hannah into the world, people weren’t used to seeing a selfish, crabby, entitled 24-year-old,” she said. “Now, there’s like an older woman hitting middle age whose entire concern is about the insides of her body, exercising the only control that she has over her family. To me, that’s a real realistic depiction — so to see that people don’t connect to it is really interesting. Like maybe we pushed too far across the line. But I would rather push too far across the line, then not enough.” 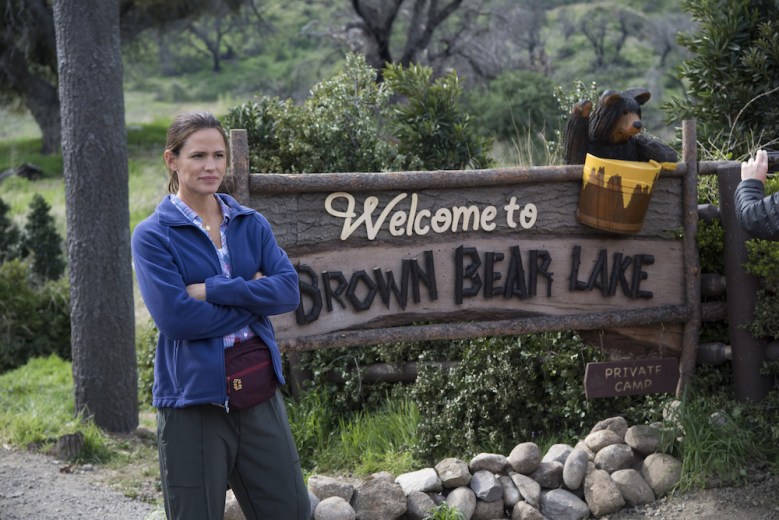 The interview has been slightly edited and condensed for clarity and flow.

With one-off acting roles ” like “American Horror Story” and “Once Upon a Time in Hollywood” — how do those fit into your strategy when it comes to planning out your career?

I do love acting and I love to be able to participate briefly but fully in other people’s visions. So those parts have been kind of perfect for me. I try to shut off my body through them as best I can and shove my heart into them. Recently on the movie I was doing, I said, “If you’re hiring someone to enthusiastically play a character, it’s me. If you’re hiring someone to run up and down the mountain in the hot sun, you’ve got the wrong girl.” I’m lucky that people will make allowances so my body and heart can participate.

What kind of characters are appealing to you when they make those offers?

I like to play fucking crazy women. That’s the most interesting thing to me. I like to play crazy women. I mean, it’s public that I’m playing a Manson girl in “Once Upon a Time in Hollywood.” I played a noted attempted murderer in “American Horror Story.” When I did “Scandal,” I was a woman trying to con a senator who got her throat slit. I just want to go full intensity. I don’t want to play anybody’s sassy best friend who loves the buffet.

“Camping” production began with a few weeks of rehearsal for all the actors. How much of that were you able to participate in?

I was not able to participate in anything in the very beginning because I was still recovering. I had a second surgery in February, I was in a lot of physical pain. And I was also recovering emotionally, because there’s a lot of trauma that comes with this kind of illness that we don’t necessarily talk about. We talk about feeling physically, but feeling emotionally has its own complexities. So, you know it was a really interesting and complicated and profound experience to miss that because I was so excited about it.

But I was also incredibly grateful because Jenni [Konner] is an amazing leader and an amazing director and I got to watch her do her thing. And I wrote a lot from off set, and then when I got to set there was already this beautiful culture that had been created. And I got to see these people that I loved speaking the words that I wrote. That was amazing. 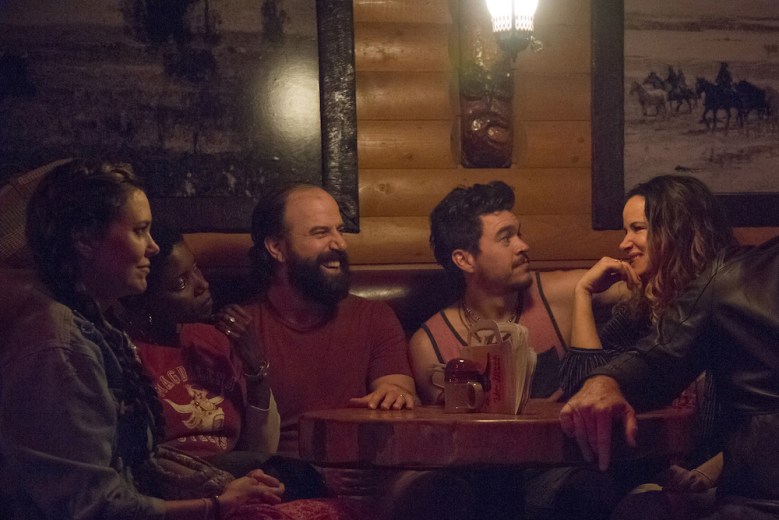 The way the show talks about people dealing with chronic pain, I feel like there are lines that aren’t necessarily making fun of it —

You’ve talked a lot about your issues with pain, and that’s a huge part of “Camping.” At what point did you introduce that into the adaptation process?

Really early on. When we started writing, I was looking down the barrel of getting my hysterectomy. And then when we shot the show a few months after, I did. So it was a huge part of the story that we were telling. I only know how to write from a place of experience, and that’s what my experiences look like.

At the very least, you had a lot of that research handy.

I did not have to ask the doctor a single question. I can speak extremely thoughtfully about my issues in this department.

How does chronic pain affect you when it comes to the projects you want to do and what you want to try?

I am really ambitious. I’m really ambitious for myself, I have big dreams for myself and my body. So I don’t really let it limit my approach. If it comes up, it comes up, but mostly I just do what I would do, anyway. Mostly, I just go to other countries and end up in the emergency room there. I live a very full life, with brief interruptions. I don’t want to change. I’m too stubborn to change my deal. 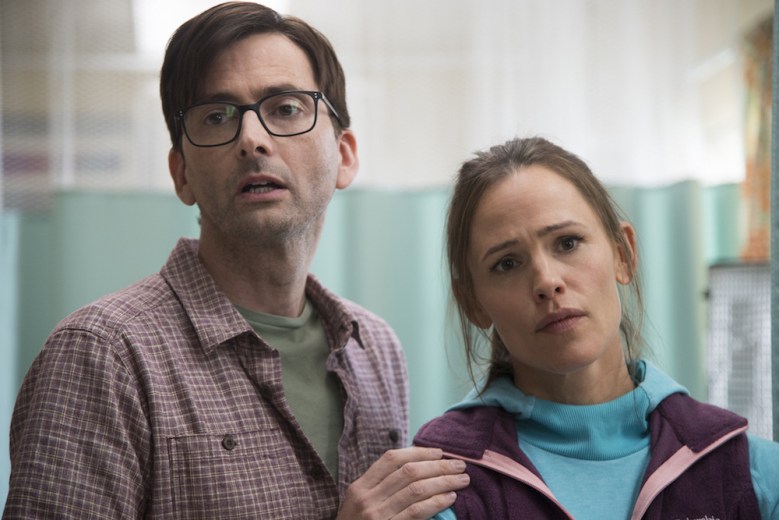 How do you feel about the fact that you’re going forward without a partner? [“Camping” marks the end of Dunham’s years of collaboration with co-creator Jenni Konner.]

I think, of any of the amazing people I know, I learned so much from her. I feel so lucky. At the end of the day, I’m an extremely solitary weirdo who doesn’t necessarily play well with others. So the fact that we did eight and a half years of playing well together is really meaningful to me. And now I have to sort of follow my whim, and she has to follow hers. And I’ll find different partners with different projects, but you know, I already feel a little lonely. That’s just part of it.

What are you looking for right now when it comes to a new project?

It’s what I do, which is write about complicated women who have complicated experiences. That’s what is interesting to me and so I’m working through those ideas in some new iterations.

We’re in an interesting phase where people move between film and TV. Do you feel like you’d want to pursue a film next?

One hundred percent. I would 100 percent do that. I mean, I love film. And I have stories to tell on film, too. I don’t really distinguish that much between the medium. I just want to tell stories.

What are you most excited about people taking away from “Camping”?

This Article is related to: Television and tagged Camping, HBO, Lena Dunham