Kingpin is back in Hell's Kitchen and ready to turn Daredevil into Public Enemy No. 1 in Season 3 of Marvel's acclaimed comic book series. 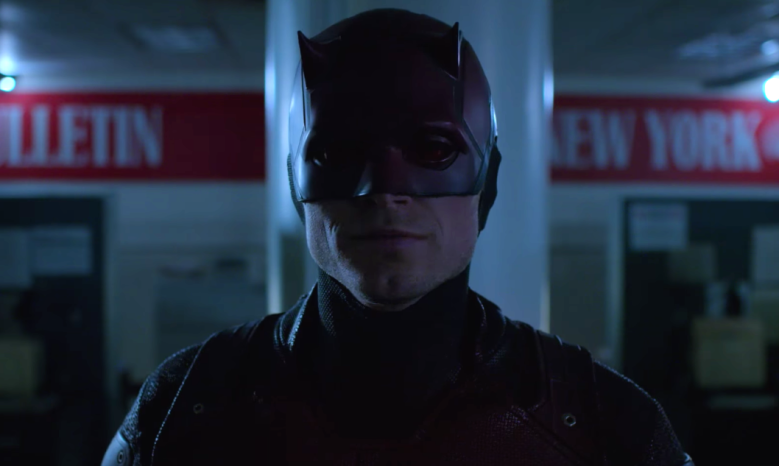 It’s been two and a half years since we last saw Matt Murdock in his own Marvel TV series, but it looks like it was worth the wait. Not only is the superhero back for Season 3 of “Daredevil,” but so is his arch-nemesis, and Kingpin has a serious axe to grind.

Daredevil finds himself questioning his own motives, originally believing that he was meant to help people, but now musing that sometimes you have to hurt people “for the greater good.” While the superhero could be turning into more an anti-hero, akin to Frank Miller’s iconic iteration of the character, the early release of Wilton Fisk (aka Kingpin) from prison could stop him from crossing the line completely.

For his part, Kingpin publicly claims to be a reformed man, and quickly rises back up the ranks in the New York political and social scene, duping everyone but Daredevil. Kingpin hasn’t forgotten who put him in prison, and he makes Daredevil a target, trying to force Murdock to reveal his true identity.

But Murdock has a potentially bigger problem on his hands — someone is committing crimes in Hell’s Kitchen dressed up as Daredevil, turning the vigilante into public enemy No. 1.

The end of “Marvel’s Defenders” teased the introduction of a nun named Maggie, which implied the “Born Again” comic book storyline, where Murdock’s long-lost mother nurses him back to health from a near-death experience. But it looks like Season 3 will also be taking a page out of Charles Soule’s 2017 comics run, where Wilton Fisk becomes mayor of New York City, and turns Daredevil and all masked vigilantes into criminals.

Either way, things are about to get very interesting in Hell’s Kitchen. Watch the official “Daredevil” Season 3 trailer below.