A year into its tenure in Hollywood circles, some stars wonder how much of an impact it's really making in the industry. 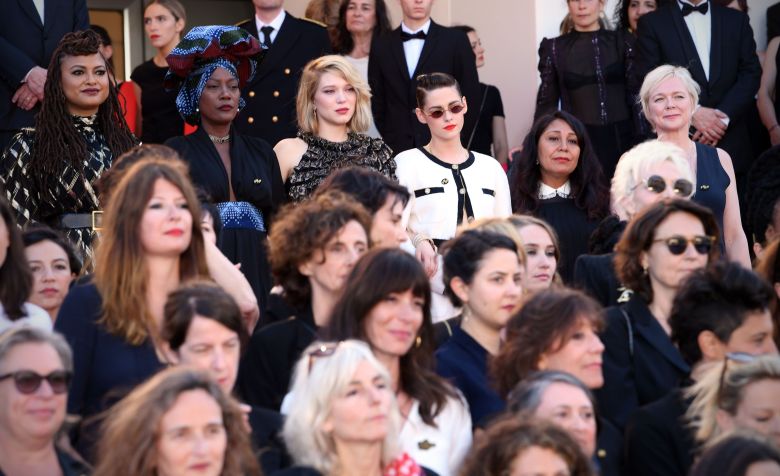 As the #MeToo movement celebrates its first year in Hollywood (after being initially founded by activist Tarana Burke over a decade ago), various actresses, female creatives, and industry luminaries are speaking out about its impact in the industry. In a revealing new article over at Vulture, some worry that the movement initially sparked by the sexual misconduct revelations waged against Harvey Weinstein and other major male names hasn’t yet noticeably altered the industry. And while a number of stars are enthused about the uptick of conversation surrounding the issues, concrete change has not taken hold.

Actress Elizabeth Reaser, currently starring on Netflix’s “The Haunting of Hill House,” was the most outspoken, telling Vulture, “Personally, I don’t think it’s changed at all.” She added, “I love that it’s changed in the only sense, for me, in that people are speaking up. That’s different. But I haven’t seen any difference in terms of how a set works. There’s usually not that many women at work with me. On [Netflix’s ‘The Haunting of Hill House’], there were several female actresses, which I had never even experienced before — being in scenes with three actresses. That was maybe the first time I’ve ever had that. Usually, there’s like one woman. I’m really grateful that I got to do it, but I’m not overly optimistic.”

Even actress Alyssa Milano, who helped shepherd the #MeToo movement into Hollywood circles, wasn’t overly optimistic about the current culture. “We’re just now starting to feel the shift. It’s only been a year,” she said. “We [women] were always pitted against each other, right? This is the first time that I’ve ever felt a true sisterhood within the industry. Like a real sisterhood. So we have a network of women in the industry through Time’s Up that are very, very vocal about being careful of certain situations.”

Writer and producer Meredith Averill, best known for her work on “Jane the Virgin” and “Hill House,” also pointed to new conversations as the best example new movement. “There’s a lot more listening happening,” she told Vulture. “There’s much more awareness of what people are saying in rooms. Men are paying more attention to what they say. I appreciate that, but the flip side of that is, I also don’t necessarily want to be treated with kid gloves. So I think it’s a balance.”

Actress Carey Mulligan is intent on looking to the wider world for evidence of change. “I think it feels different,” the “Wildlife” star said. “There’s so far to go, but there are people making concrete steps within our industry, and probably more importantly, the world. People in London say that our attitudes are different. If I walk past a [construction] site now and someone commented, I’d go and tell them to fuck themselves, whereas before I probably would have just gone red and walked along. A year later I feel like I’d be like, “Get fucked.” So I think that’s changed.”

Still, she added, “But then, I can say that from a position of privilege and being in a city like this. We’re a long way away from that being widespread change.”

Yet, other Hollywood luminaries are enthused by the changes they’ve seen. “Sharp Objects” star Patricia Clarkson told the outlet, “I absolutely think things are different. The timbre has changed, the tone. I would say the way certain male directors have spoken to me is different. They’re just quieter. I feel it, and I maybe I want to believe it, but I feel a difference. I feel a tectonic shift has taken place in Hollywood for the first time.”

You can read the full Vulture piece right here.

This Article is related to: Film and tagged MeToo, Time's Up