The director's new documentary, "They Shall Not Grow Old," brings to life World War I on the big screen like never before. 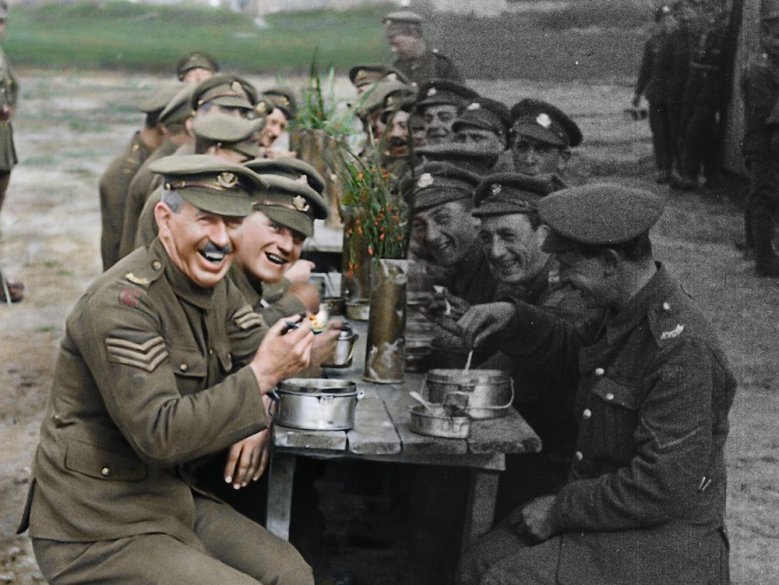 Peter Jackson is beloved by moviegoers for bringing J. R. R. Tolkien’s Middle Earth to life in “The Lord of the Rings” and “The Hobbit” trilogies, and the Oscar winner is up to his usual ambitious tricks in his latest project, the World War I documentary “They Shall Not Grow Old.” Jackson utilized modern production techniques to restore and colorize nearly 100 hours of original WWI footage from Britain’s Imperial War Museum.

“The First World War, for good or for worse, is defined in people’s imaginations by the film that is always used in all the documentaries and it looks bloody awful, for obvious reasons,” Jackson told ITV News. “There were technical limitations and also a hundred years of age – of shrinkage and duplication and starches. I think it’s the best gift I can give at the moment, as well as this movie, to restore footage.”

“They Shall Not Grow Old” uses 90 minutes of footage from the overall total Jackson restored. The footage has been colorized and even converted to 3D for the film’s upcoming theatrical release. The movie will have its world premiere October 16 at the BFI London Film Festival.

In order to recreate the color as accurately as possible, Jackson studied pictures of crowds on the internet and used collections of WWI uniforms as a reference point. The narration for the film is provided by real veterans. Jackson combed through recordings from 1964 of 120 men who fought in WWI.

“I wanted to reach through the fog of time and pull these men into the modern world, so they can regain their humanity once more – rather than be seen only as Charlie Chaplin-type figures in the vintage archive film,” Jackson told the BFI about the documentary. “By using our computing power to erase the technical limitations of 100 year cinema, we can see and hear the Great War as they experienced it.”

Check out the remarkable colorized footage from “They Shall Not Grow Old” in the videos below.

This Article is related to: Film and tagged Peter Jackson, They Shall Not Grow Old