The digital billboard will be running through November 25. 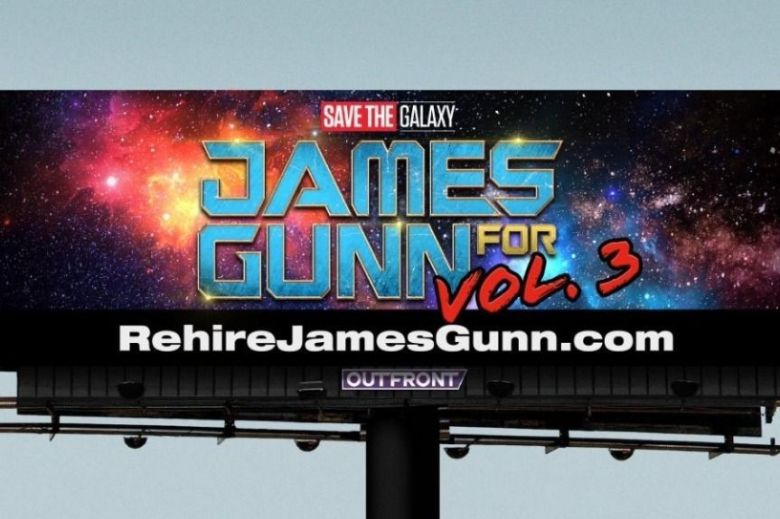 Headlines around James Gunn’s firing from Disney have slowed down, but his fans aren’t ready to let the studio off the hook just yet. A fan campaign launched on the crowdsourcing website GoFundMe has been raising money since September 20 to put up billboards advocating for Gunn to be reinstated as director of “Guardians of the Galaxy Vol. 3,” and the first billboard has officially gone live in Garden Grove, California, approximately four miles away from Disneyland in Anaheim.

The billboard directs viewers to RehireJamesGunn.com and will remain up through November 25. The fan group paid $4,000 for the billboard and is continuing to raise money on GoFundMe so that it can put up more billboards closer to Disneyland ahead of Christmas. Gunn was fired on July 20 after controversial jokes he made on Twitter several years ago resurfaced on social media. Disney CEO Bob Iger announced the studio was severing all ties with Gunn, who directed the first two “Guardians of the Galaxy” films, and was in the developmental stage on “Vol. 3.”

Gunn’s firing has been condemned by “Guardians” actor Dave Bautista, while the entire main cast published an open letter in August supporting Gunn and the many fans asking Disney to rehire the director on the next superhero movie. Gunn apologized for his controversial jokes the same day he was fired by Disney, but the studio has not budged in the months since, and Gunn remains no longer welcome at Disney.

While Gunn won’t be involved in a third “Guardians of the Galaxy” movie, he will be returning to the superhero genre by writing the script for Warner Bros.’s next “Suicide Squad” movie. News broke on October 9 that Gunn was handling the script for the DC Comics movie, and potentially eyeing the director’s chair. The film is being touted as a new interpretation on “Suicide Squad,” and not a direct sequel to David Ayer’s 2016 film.

This Article is related to: Film and tagged Guardians of the Galaxy, James Gunn