The actor can currently be seen on cable (Audience's "Loudermilk"), broadcast (ABC's "A Million Little Things"), and streaming (Amazon's "The Romanoffs") for a rare multi-platform hat trick. 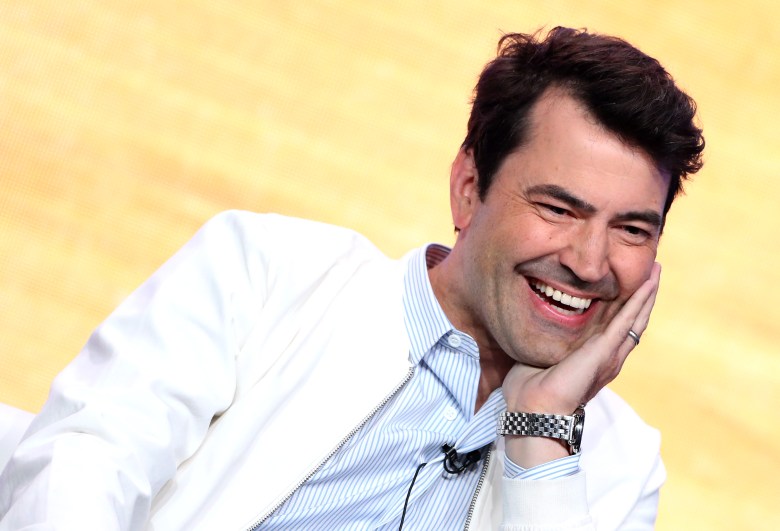 Ron Livingston didn’t plan it this way, but the actor pulled off a rare feat this fall: He can be seen in a cable, broadcast, and streaming series all at the same time. Livingston, perhaps still best known as the star of Mike Judge’s cult hit comedy “Office Space,” stars in the AT&T Audience Network comedy “Loudermilk,” plus plays a pivotal role on ABC’s new drama “A Million Little Things.” And he can also be seen on an upcoming episode (“Bright and High Circle”) of Amazon Prime Video’s new anthology series from Matthew Weiner, “The Romanoffs.”

“I’ve got to diversify,” he quipped. “You’ve got to make sure you’re on something somewhere. I’ve just tried to do stuff that’s good. Definitely there’s more opportunity than ever.”

The changing TV landscape has allowed stars like Livingston the chance to juggle multiple projects. Once upon a time, actors were locked in, exclusively, to one series — which usually ran for 22 to 24 episodes a season on a broadcast network. But his current shows have shorter runs: “Loudermilk,” now in its second season, runs for 10 episodes, while “A Million Little Things” has received a “back order” of four episodes, bringing its freshman year total to 17.

Both “Loudermilk” and “A Million Little Things” shoot in Vancouver, which allowed Livingston to hop back and forth during the summer, as the shows shot concurrently. “It was a busy couple of months,” he said. “There were a lot of lines to learn, but I like working. As actors, we tend to like working better than not working.”

In this edition of IndieWire’s TURN IT ON podcast, Livingston talks about his current series, his career choices including his early appearance in 1996’s “Swingers,” and dissects his favorite episode of TV ever: The iconic “Red Wedding” moment on “Game of Thrones.” Listen below. 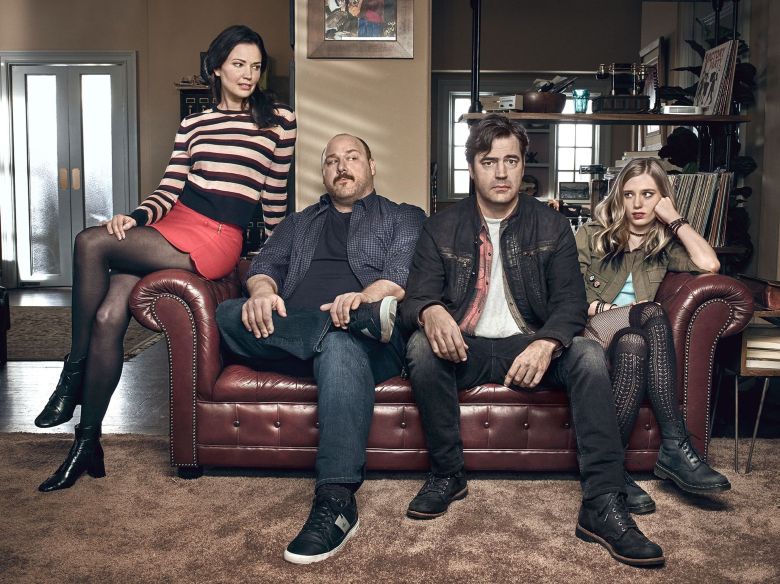 On “Loudermilk,” created by Peter Farrelly and Bobby Mort, Livingston plays Sam Loudermilk, a former music critic and recovering alcoholic who now leads a support group. Loudermilk is cranky and angry, and has a tough time with relationships — including with his best friend, Ben (Will Sasso), who ran off with Loudermilk’s ex-wife at the end of Season 1.

“He’s still the same guy, the biggest A-hole in the world,” Livingston said. “He wakes up miserable every day and takes it out on everybody and just wants to get through the day sober. It’s a lot of fun to do, and allows us to go a lot of different places. We’re going to see him squirm a lot this season.”

“Loudermilk” is a comedy filled with a bit of drama, while “Million Little Things,” in which he plays a character who commits suicide (and is seen through flashbacks), is a drama filled with a bit of comedy. Livingston has made a career out of bouncing between genres: He’s been in romantic comedy, satire, drama, action, animation, thrillers — just about every kind of film, TV, or stagework possible. 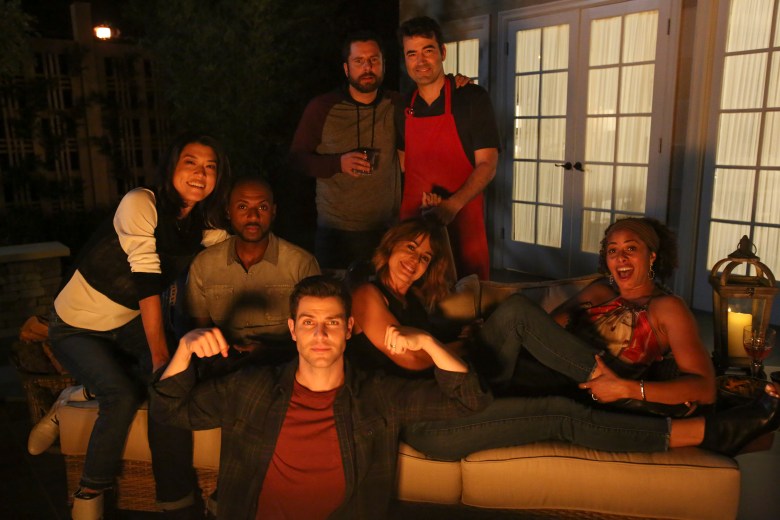 “I think my agents would scratch their heads,” he added. “The way you rise to stardom is you do something really good and then you do it again on a bigger platform for more money, and then you do it on the biggest platform for the most money. I had just cracked this comedy thing, and now I want to do ‘Band of Brothers.’ Or I just cracked this drama thing, and now I’m going to do something else. I’m sure there’s a lot of projects I could have got, but I didn’t get because I was doing that. But I wouldn’t have it any other way.”

Meanwhile, asked to choose his favorite episode of TV of all time, Livingston picked “The Rains of Castamere,” the penultimate Season 3 episode of “Game of Thrones.” The episode is probably better known as the game-changer that featured the infamous “red wedding.” 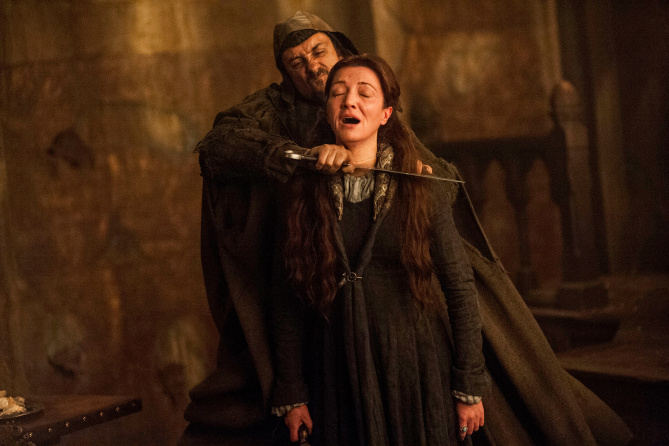 “In the last 15, 20 years, that episode sticks with me as what writing can be at its finest,” he said. “And acting and directing. But the story, it’s such a perfect little gem of an episode. The other thing it did, here we are toward the end of S3. It floored me when Ned Stark died [at the end of Season 1]. All bets are off, what are we watching? You get lulled a bit, ‘they can’t do that again.’ And sure enough in Season 3 they just sucker punched us. We lost two thirds of the good guys. You knew nobody was safe on that show.”

Livingston came to “Game of Thrones” as a fan of J.R.R. Tolkien. “I was kind of a crazy nerd about it, way into it,” he said. ” I didn’t read any other fantasy because I didn’t think it measured up. When ‘Game of Thrones’ came up I was primed to like it. The world is really compelling. The idea, the structure of we’re going to have all these protagonists, we’re not going to find out who the heroes are that we’re rooting for until the end.” 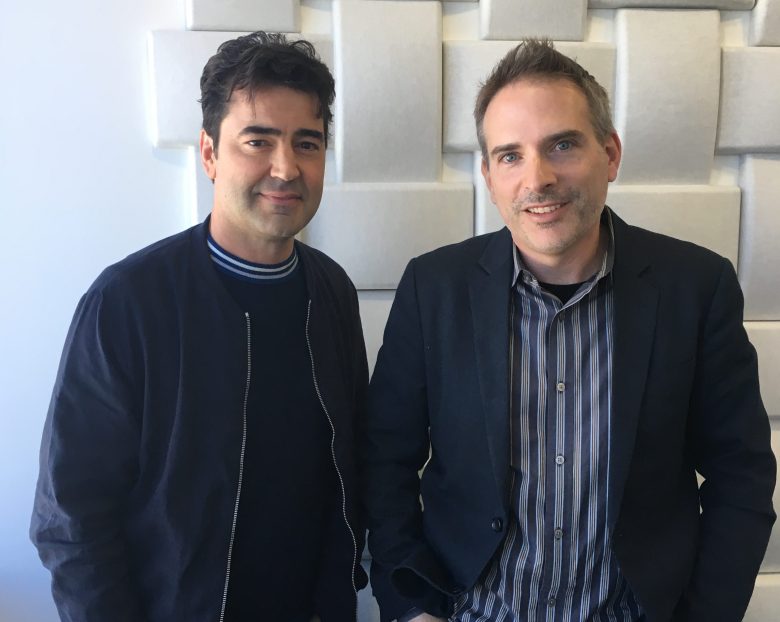 This Article is related to: Television and tagged A Million Little Things, Loudermilk, My Favorite Episode, Podcasts, Ron Livingston, Turn It On