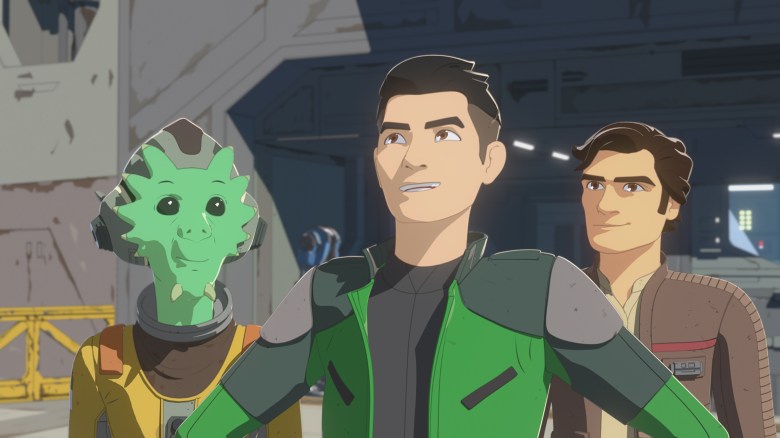 As hotshot pilot Kazuda “Kaz” Xiono in Disney’s new animated series “Star Wars Resistance,” Christopher Sean is the first Asian-American actor to be the lead in the “Star Wars” universe. It’s an impressive achievement, unless you’re his parents.

Said Sean, “In my family, it’s like, ‘Dad, Mom, I’m on “Days of Our Lives” and I’m on “Hawaii Five-O.”’ ‘But do you have an Oscar?’ ‘What? I’m on two shows. It’s not enough?’ With Kaz, it’s the same thing. His own father is an Asian father. He’s tough. He expects the best. He expects more. It’s never enough. ‘You’ve got to be doing more. You’re always getting into trouble.’ He’s got that relationship with his father and he’s trying to overcome adversity even at home.”

In “Resistance,” Kaz is a quick-thinking and gutsy pilot flying for the New Republic when Poe Dameron (guest star Oscar Isaac) recruits him as a spy for the Resistance. Posing as a mechanic on Colossus, a massive refueling platform on an outer rim ocean planet, Kaz gets sucked into the competitive world of pilots who live to race and gamble. Amidst this rough-and-tumble world, Kaz must sniff out who’s actually working for the First Order.

“He’s young and smart, but naïve,” said Sean about Kaz. “He’s one of the characters that is very similar to Luke Skywalker or Ezra (from ‘Star Wars Rebels’) … who is afraid of the responsibility that’s come.”

Kaz has something to prove: His father Hamato Xiono (Tzi Ma) is a senator in the Galactic Congress and expresses nothing but disappointment in his flyboy son. Sean, who is Japanese on his mother’s side, sees the similarities between the Xionos and the high expectations that Asian parents may have for their children. (Earthbound races do not technically exist in the “Star Wars” universe, but they are similar enough to make comparisons.)

“Coming off the coattails of ‘Crazy Rich Asians’ and ‘Searching’ with John Cho… it’s great because for me, inclusion is everything,” Sean said. “I didn’t really have too many role models growing up that were Asian American. You can probably count the Asian-American actors on one hand. Now we all feel like we’re a part of the universe. Now we all feel like, ‘I can be that.’”

Before him came Kelly Marie Tran, who is one of the main cast members of “The Last Jedi,” and Riz Ahmed, Donnie Yen, and Wen Jiang, who also have significant onscreen roles in “Rogue One.” On the animated side, Tiya Sircar voices Sabine Wren, and Keone Young portrays Commander Sato. In a way, the character of Kaz was the next logical step for the franchise. 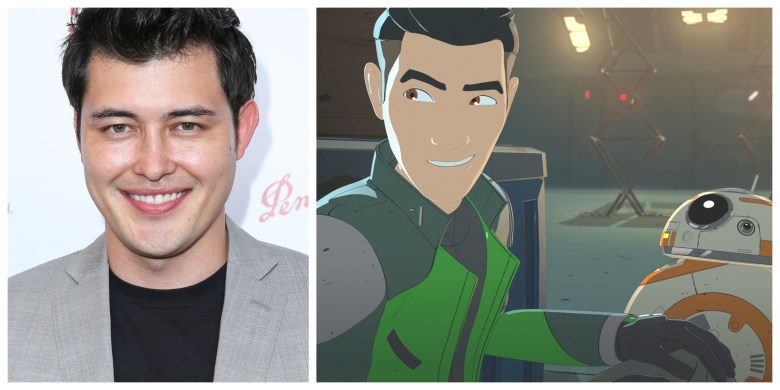 Even if Sean’s own parents aren’t impressed, the actor is well aware of the significance of playing a lead that was written and cast as Asian. Since all “Star Wars” projects are kept under wraps early on, he wasn’t even aware the  opportunity existed. In fact, his galactic journey started with disappointment in losing out to a fellow Asian-American actor for another animated series set in space.

“I had one voiceover audition prior to booking this, for ‘Voltron.’ I read for the Red Lion,” Sean said. “I got to producers and I thought, ‘I’m going to book this.’ Then I go find out Steven Yeun from ‘The Walking Dead’ booked it. To be beat out by an A-list Asian American actor, that’s huge. I was so proud of him and happy.”

That mixed-blessing letdown is typical for Asian-American actors who often compete against their own friends and colleagues for limited roles. Sean expected that his voiceover dreams would end there, but then Lucasfilm reached out directly to his agent requesting an audition.

“I got in the room, I did the whole process, and I go to find out [I] booked the lead role on ‘Star Wars Resistance,’” he said. “Mind blown, right? And let’s keep it a secret for a year and a half now. It was one of those moments where it was surreal.”

Once booked, Sean had his own journey to learn how to translate his onscreen skills to just his voice.

“The fact is, it was difficult to transition to voiceover because you can’t hear an eyebrow raise, you can’t hear a smirk, so how do you translate that?” he said. “Luckily, Lucasfilm was patient with me and they worked with me. … I do a different tone in my voice and a lot of ego. I’m like, ‘Yeah, you know, it’s hard to be the best but someone’s got to do it.’ That’s Kaz. I joke that way with my kids, so it’s kind of like how I am at home, my secret identity as a stepdad. I bring that onto camera, and it’s really fun to play.” 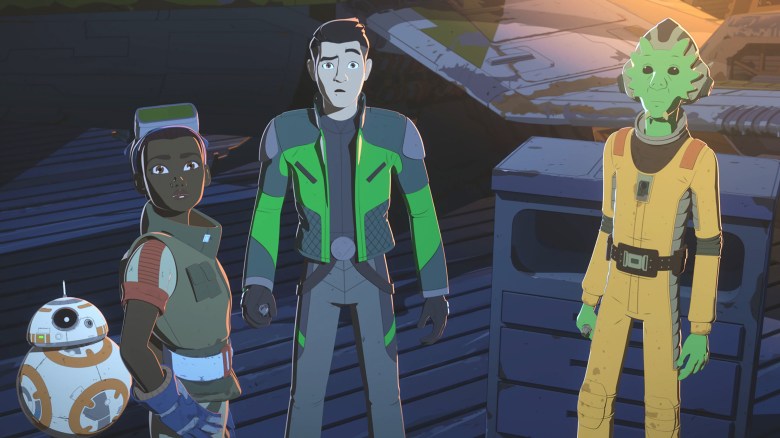 Playing Kaz has been the culmination of a childhood full of playacting and having a father in the Navy. “When I was a kid in the Philippines, Pacific Bay, … one Christmas, I don’t know why, but we got all kinds of Christmas presents. Just tons of presents. We were pretty poor, so it was really cool,” he said. “The best present was a light-up lightsaber that changed colors. That was like the only thing I played with out of all my toys. It was my favorite, favorite gift.”