Yeun enters a new phase of his acting career (and should be a supporting actor contender) in Lee Chang-dong's nuanced character study. 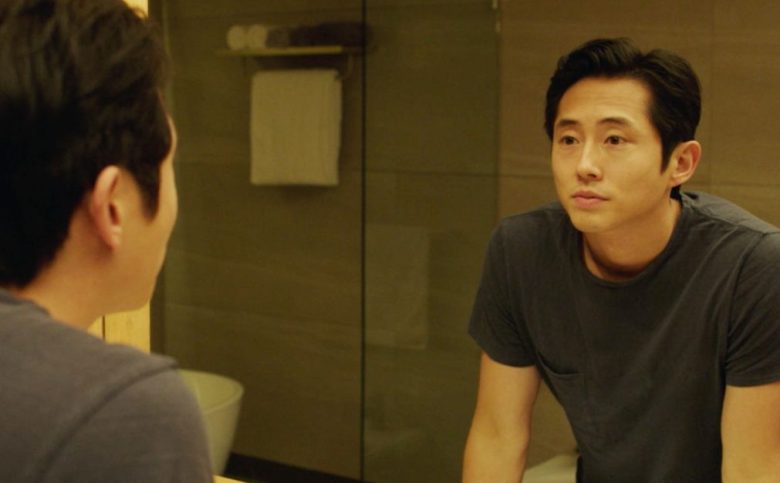 A year had passed since Steven Yeun left “The Walking Dead,” the AMC show that put him on the map, and he had yet to figure out his next moves. He landed a supporting role in “Okja,” Bong Joon-ho’s wacky sci-fi adventure, and followed the English-language ensemble to Cannes. Someone asked him if he wanted to work with other Korean directors. Yeun, who was born in Seoul but raised in Michigan, hesitated.

“You just say things to answer questions, never thinking of any of it will come true,” said Yeun, over a year later. So he mentioned Lee Chang-dong, the monumental Korean filmmaker whose work Yeun discovered early in his career.

The interview got passed around, first to screenwriter Oh Jungmi, and then to Lee. The pair were co-writing “Burning,” a vivid, lyrical adaptation of a Haruki Murakami short story. The movie, which premiered at Cannes, revolves around introverted Lee Jong-su (Ah-In Yoo), who obsesses over Hae-mi (Jong-seo Jeon), a woman from his youth, and the domineering Korean-American man named Ben who attracts her, much to Lee’s chagrin.

Yeun was a natural fit for Ben — a charming, affable character with a Westernized swagger — and the role presented a fresh challenge for the actor, who had never performed in Korean before. “My Korean-ness in the movie was appropriate to who I actually am,” Yeun said. “It was about being in the middle, having bad Korean. I made my Korean even worse for the performance.”

“The Walking Dead” fans attracted to “Burning” may be surprised to find a whole new performer emerge: Yeun’s transfixing screen presence injects the movie with an aura of mystery about power and confidence that elevates this pensive character study at every turn. Released by Well Go USA into a crowded fall season, “Burning” has already been selected as South Korea’s submission to the foreign-language Oscar race, but Yeun deserves singling out as well. The supporting actor race has thickened — with the likes of Sam Elliott (“A Star is Born”), Mahershala Ali (“Green Book”) and Michael B. Jordan (“Black Panther”) all vying for attention — but Yeun’s achievement is singular: He’s a new gateway to one of the greatest Asian filmmakers working today.

Yeun first discovered Lee’s work through “Poetry,” his Cannes-winning 2010 drama about an elderly woman seeking respite from her harsh existence through prose. He saw the movie in his early twenties, before “The Walking Dead” changed his life.

“I remember realizing that the connections I’d made to film previously were not as deep as I could go,” he said. “When I watched ‘Poetry,’ it got to this place of deep empathy. It was like my grandmother on the screen.” He went back through Lee’s filmography, relishing the nuanced dramatic arcs of “Secret Sunshine,” “Peppermint Candy,” and “Oasis,” as his appreciation for Lee’s work widened along the way. “That flipped a switch for me,” he said.

“Poetry” also happens to be the last movie the unhurried Lee made before “Burning,” which meant the pressure was high. “I remember thinking to myself, ‘Don’t be the stain on his performance,’” Yeun said. “There was a version of this where I’d met with him, and I’d say no to him, because I couldn’t meet what was intended.”

Instead, Yeun went for it, and delivered a fascinating, enigmatic embodiment of the central metaphor in Murakami’s story: As the character Lee pines for Hae-mi’s affections, she falls for Ben’s relaxed, pensive attitude; after she goes to sleep following an evening hangout, he admits to Lee that he burns barns as a hobby. It remains unclear if this is a literal confession or some broader representation of the carefree attitude that Lee admires throughout this slow-burn psychological thriller, but Yeun brings that ambiguity to life with a rich, layered performance.

“I approached the role as being as present as possible,” Yeun said. “Ben is maybe the most present person in that whole film. He’s living in the reality of each moment, watching them, but maybe he’s observing that nobody else is living in the present with him.” The character resonated for Yeun because they both grapple with being at once out of place in an Asian context and visibly Asian in an American context. “You think you’re American, and then sometimes you’ll walk down the street and they’ll remind you that they don’t think you are,” he said. “Then you go to Korea and they don’t think you’re one of them, either. It reminds you that you’re just a man with no country. That’s the truth. while you may feel lonely, so does everyone else.” Over the years, Yeun has come to terms with those contradictory feelings. “I accepted it, and I was like, ‘Cool, if that’s what it is, then I’m comfortable with that,’” he said. “It’s like nihilistic optimism.”

The 34-year-old previously spoke to IndieWire about the “existential crisis” he experienced after completing his work on “The Walking Dead,” but “Burning” provided him a fresh platform to talk through the thornier issues of Asian-American representation. He acknowledged the success of “Crazy Rich Asians” as a positive sign. “I’m glad that we’re evolving to a place of self acceptance,” Yeun said. “It does make you realize that there’s a lot of talent out there that just needs reps. I’m the unfortunate anomaly. I got onto a hit show for seven years where I got to make mistakes, learn, get better. A lot of Asian actors out there only get one shot, so they’re trying to play it as safe as possible.”

By comparison, Yeun has embraced the possibility of risk. In addition to “Burning,” he also appeared this year in Boots Riley’s rambunctious anti-capitalist satire “Sorry to Bother,” and he’s been tackling a smattering of voiceover work. But he ticked off a list of major Asian-American performers who had fewer opportunities.

“You look back and go, ‘How the fuck did we not use Joan Chen more?’ She’s amazing,” he said. “You look at Ken Leun or Steve Park. They all got shafted in one era.” He considered the underlying forces at work. “It’s this weird place we find ourselves where we want to accept and love ourselves and be proud of the moniker of having ‘Asian American’ on us,” he said, “but at the same time, we’re also trying to shed it so it doesn’t consume us.”

Yeun has not taken it upon himself to seek out more names. “It’s not my job to look for talent,” he said. “It’s my job to exist and do whatever I’m doing to the best of my ability. I can’t change my face. It’s not on me to change the system, but it’s on me to help change the perception.”

This Article is related to: Awards and tagged Burning, Lee Chang-dong, Steven Yeun