They shifted back, thankfully. 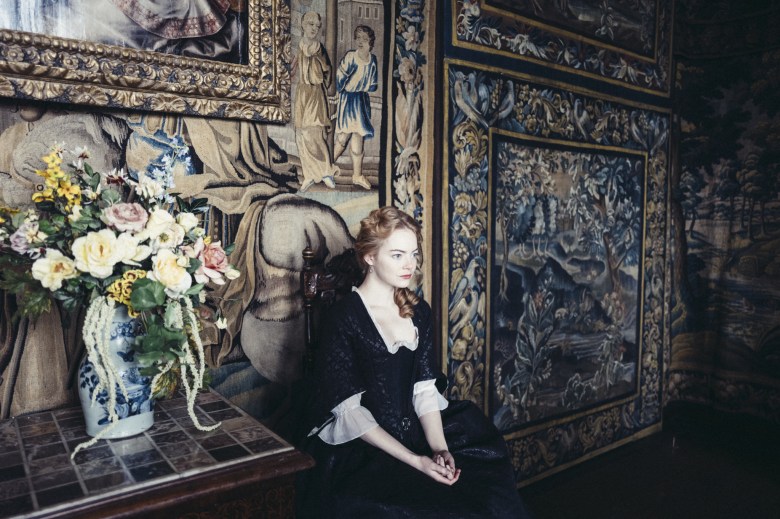 Emma Stone enjoyed making “The Favourite,” but she didn’t enjoy her costume. The actress appeared on “The Graham Norton Show” to discuss Yorgos Lanthimos’ upcoming period piece, which stars the Oscar winner as a servant who curries favor with a monarch in 17th-century England; after confirming to Norton that this was indeed her first “corset role,” Stone revealed a troubling detail: “After about a month, my organs shifted because they have to.” Watch below.

“The bottom half of my stomach — I’m not a doctor — whatever’s in there went down that way, and I guess just my ribs stayed up. Anyway, don’t do it. If you don’t have to, don’t do it.” She clarified (though laughter, thankfully) that “it was only temporary, but it was gross.”

This naturally led her to reflect on what it was like to wear the constricting apparel for more than just a movie shoot. “Honestly, women existed in that for such a long time, which does give you a lot of sympathy for that time period, what you were going through. For the first month, I couldn’t breathe,” Stone said. The actress said she resorted to smelling menthol, which made her feel like she was in “a wide open space.”

Olivia Colman and Rachel Weisz co-star in the film, which is Lanthimos’ follow-up to “The Killing of a Sacred Deer.” The Favourite” premiered to widespread acclaim at the Venice Film Festival, where Colman won the Volpi Cup for Best Actress. Now considered an Academy Award contender in several key races, the film arrives in theaters on November 23 and is distributed by Fox Searchlight.

This Article is related to: Film and tagged Emma Stone, The Favourite