The star of Korean director Lee Chang-dong's "Burning" opens up about how he moved on from the popular show for good. 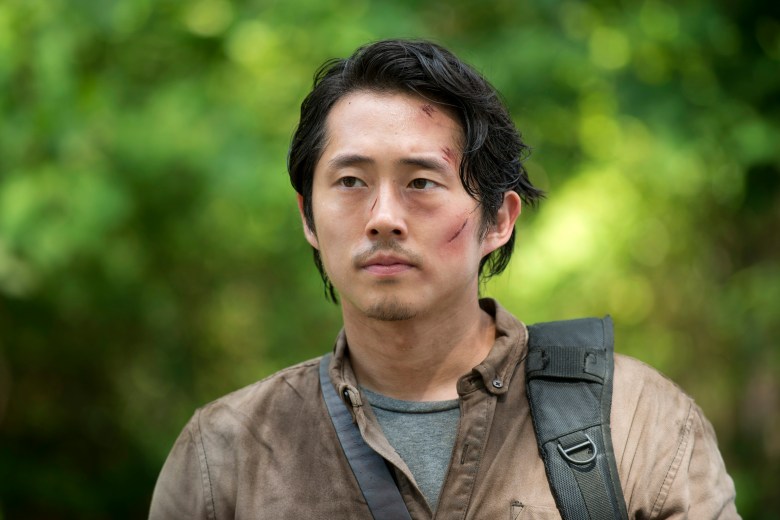 Two years after his character Glenn Rhee died on “The Walking Dead,” Steven Yeun still talks to his former co-stars. But he’s not always up to speed on the show. “I don’t watch it as much,” he said in an interview in New York, where he was promoting his role in Korean director Lee Chang-dong’s “Burning” at the New York Film Festival. “I’m still really close with all the co-stars, so I get the down-low on what’s going on.”

Nevertheless, he’s put the whirlwind experience of the AMC hit behind him, and said that fewer people stop him on the street to discuss it these days. Having appeared in two acclaimed festival films this year — the Cannes-winning “Burning” and Boots Riley’s Sundance sensation “Sorry to Bother You” — he said he had gone from acceptance to appreciation for the opportunity to leave “Walking Dead” for good. “In hindsight, it was just a natural end,” he said, recalling Glenn’s grisly death scene at the start of Season 7. “Everyone felt it. I wasn’t pining to be off the show. It was just the story, and you service the story. Also, there’s something very beautiful about the end, turning the page and closing the book.”

He recalled the scene at the Hollywood Forever cemetery, where the Season 7 finale screened followed by a “Talking Dead” discussion with the cast. “It never rains in L.A., but it was raining that day, and they only had black umbrellas,” he said. “We were in a fucking mausoleum. Everyone’s in dark clothing. I was like, ‘This is so bizarre, it’s like a funeral.’ It was perfect, because it was like, this dude is dead. It reached out of the screen and became an experience for me.”

Yeun has wrestled publicly with the aftermath of “The Walking Dead,” telling Vulture in 2017 that “people didn’t know what to do with Glenn. …they didn’t acknowledge the connection people had with the character until he was gone.” He added that being on the show “was tough because I never felt like he got his fair due. I never felt like he got it from an outward perception.”

With more time to consider that period, Yeun is looking at the bigger picture. “I left ‘Walking Dead’ and I kind of had an existential crisis — not because I longed to be back there, but because I was made to feel the loneliness of life, which is that decisions aren’t made for you,” he said. “You get swallowed up by whatever the thing that you’re a part of.” After the show, he became a father. “You get out of that show, and you’re about to have a kid, and you’re an adult now,” he said. “And you go, ‘Holy shit, I am in charge of my life. I am making choices. There’s no next step.”

He has no interest in returning to play Glenn, even if the opportunity came up. “Sometimes people pitch to me, ‘Dude, wouldn’t it be so cool if you did a Glenn origin movie?’” he said. “And I’m like, ‘No, that’d be horrible.’ That was so long ago. I was another person. I don’t think I could go back there. That person was inherently trapped in whatever people thought he was. I fed into it and I believed in it, too — until I got out.”

With that thinking in mind, he passed on a lot of projects. He’s been doing a flurry of voiceover work — for “Voltron” and “Stretch Armstrong & the Flex Fighters,” among others — but has been more selective about movie roles. “I had the luxury of being on a TV show,” he said. “You get the cushion of having some income that you can save for a rainy day. That is still scary, but it makes you a little bit braver to pass on things. I realize how hellish it can be when I’m doing something that I don’t believe in, that is retreading territory.”

As for doing voiceovers, Yeun said that it provided him with the opportunity to escape the expectations that come with being cast as Asian American characters. “Voiceover work, for me, has been a strange thing,” he said. “I’m almost more free when I’m there than when I’m in front of the camera, because I’m just an actor there. When you’re on camera, sometimes the parameters are that you have to justify yourself more, you have to explain why your character would look like this.”

When he meets with filmmakers about potential roles, he said, he always asks why the choice was made to cast an Asian American actor. “It’s become its own nuanced trap, sometimes, when it’s an ethnically ambiguous role,” he said. “But they’re also thinking about people who fit that role. even if you’re not putting it on the page that it’s an Asian person, there’s a reason why someone might conclude that this person should an Asian person.  Maybe it’s because they fit the parameters of what this person is, based on what preconceived notions that they have of Asian people.”

While he’s attached to provide voiceover work for a feature-length adaptation of the comic book series “Chew,” he’s keeping his options open for the future. “It’s just part of growing up and accepting that you don’t have to fit into the parameters or molds that life has dictated for you,” he said. “It’s really on you to create that for yourself. That’s been my motivation — to keep expanding.”

“Burning” is screening this week at the New York Film Festival. Well Go USA will release the film theatrically on October 26.

This Article is related to: Television and tagged Burning, Interviews, Steven Yeun, The Walking Dead