The director and star of "Lady Bird" look happy to be reunited. 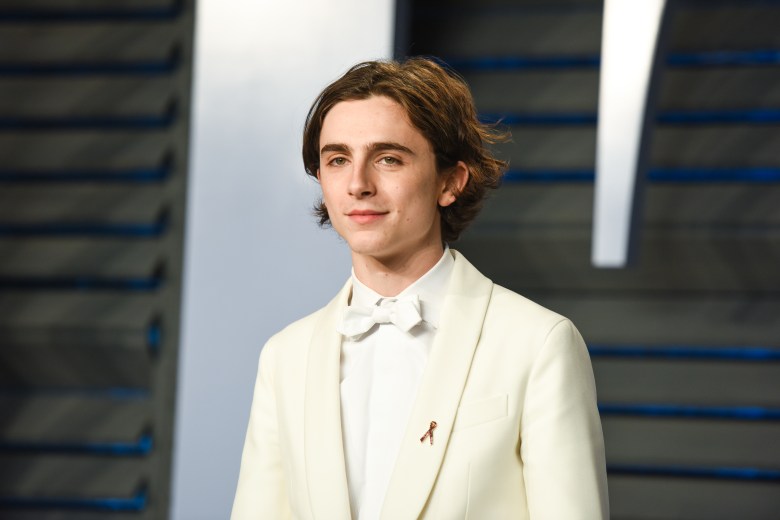 “Little Women” reunites both Saoirse Ronan and Timothée Chalamet with their “Lady Bird” director Greta Gerwig, and the entire trio seems happy about it. Their upcoming project together — the latest adaptation of Louisa May Alcott’s 1868 novel, which has already been made into six different films — already ranks among the most anticipated movies of 2019, with all three are coming off Academy Award nominations (Gerwig and Ronan for “Lady Bird,” Chalamet for “Call Me by Your Name” and perhaps this year’s “Beautiful Boy” as well).

It’ll be some time before we see anything official from “Little Women,” but Chalamet has taken it upon himself to share a blurry Instagram photo of his co-star and director rehearsing a few weeks ago; accompanied by the caption “littlewomen,” it shows Ronan hugging Gerwig from behind. Not pictured: the rest of the stacked ensemble cast, which is led by Meryl Streep, Florence Pugh, Eliza Scanlen, James Norton, Laura Dern, Emma Watson (who replaced Emma Stone), Louis Garrel, Bob Odenkirk, Chris Cooper, and Abby Quinn.

Sarah Polley (“Away From Her,” “Stories We Tell”) was initially attached to write and potentially direct the project, which is being shepherded by producer Amy Pascal; Gerwig was hired to handle both duties earlier this year. Columbia Pictures will release “Little Women” in theaters on December 25, 2019. Until then, avail yourself of Chalamet’s behind-the-scenes picture: