Rick and company start to rebuild society, along with the show's reputation. 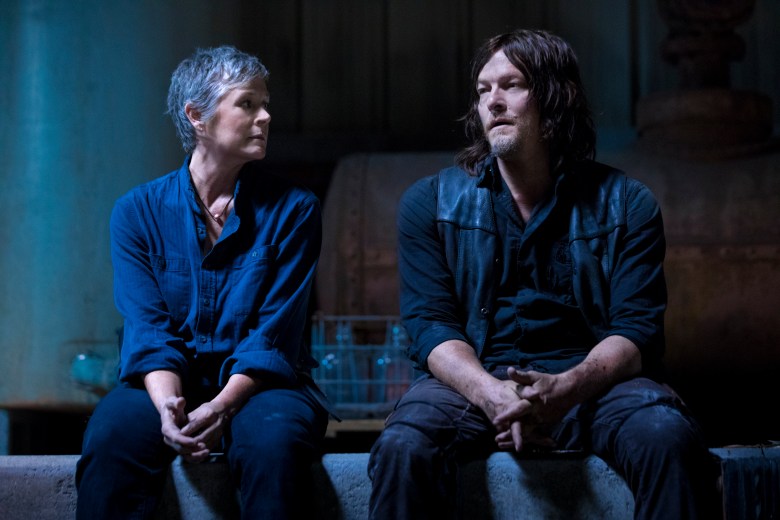 Norman Reedus and Melissa McBride in “The Walking Dead.”

Folks, it finally happened: “The Walking Dead” is watchable again. With the Negan storyline in the rearview mirror, and a promising new status quo in place, the first three episodes of Season 9 are as strong as anything the show’s done since the heyday of Season 4.

The last few years have not been kind to “The Walking Dead,” as the war between Rick Grimes’s rebels and Negan’s Saviors dragged out over two entire seasons, hemorrhaging viewers as it went. The two armies clashed over and over again, but save for the bloody Season 7 premiere, the conflict had no sense of forward momentum until it finally petered out earlier this year.

The new season is a fresh start for several reasons. Angela Kang has taken over as showrunner, after Scott Gimple’s promotion to head of the wildly ambitious “Walking Dead” extended universe. Longtime cast member Lauren Cohan’s contract ended after Season 8, leaving her free to sign on as the star of ABC’s “Whiskey Cavalier,” and only appear in a handful of Season 9 episodes. Most important of all, Andrew Lincoln revealed he would leave the show this season, meaning that the saga of Rick Grimes will be coming to a close.

The loss of both Rick and Maggie is quite a seismic shift for the show, especially considering that Season 8 ended with the tease of Maggie starting her own conflict with Rick, who had spared Negan at the dying request of his son, Carl. If you were concerned that the actors’ departures would abort that storyline, don’t be, because the three episodes of Season 9 provided for review act as if none of the principals were imminently departing. 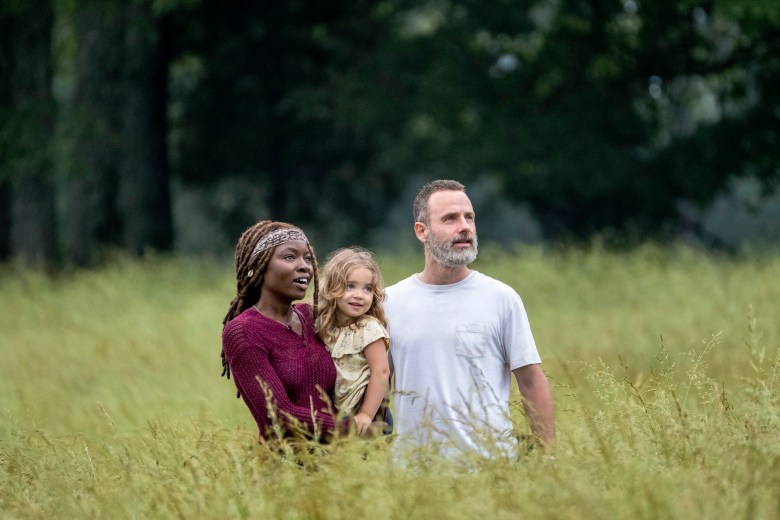 The season picks up several months after the conclusion of “Wrath,” with all the various communities working together to build a new society. Rick and Michonne remain in charge of a rebuilt Alexandria, while Maggie has been duly elected as the leader of Hilltop. Daryl has been keeping an eye on things at Sanctuary, but he’s starting to long for the freedom of being a lone wolf again.

I’ve always argued that “The Walking Dead” could mine plenty of drama from trying to rebuild something resembling society, and the opening of Season 9 proves that’s true. The communities are all ostensibly working together, but there’s plenty of tension. Many people don’t trust the surviving Saviors, and the Saviors are resentful of being treated like an occupied nation (they’re not allowed guns).

On top of the shiny new direction, several little details of the show have improved, as well. The premiere (fittingly titled “A New Beginning”) features a lengthy set piece in a new, unique location, and there are even some attempts at genuine, old-school zombie scares.

Even better, these new episodes make an effort to give most of the sprawling cast something to do. There are new professions, new responsibilities, and new romances. And while the cast is too big for each character to get a moment, even over three episodes, we at least get a chance to check in with everyone. This keeps the episodes moving at a good pace, with little evidence of the go-nowhere wheel-spinning past seasons have repeatedly indulged in.

Now this is still “The Walking Dead,” so things can certainly go south at any time. I doubt the show can resist the siren song of “yet another evil human faction” for long, and who knows what the show will look like once Rick and Maggie are gone. But for the first time in a long time, there’s hope.