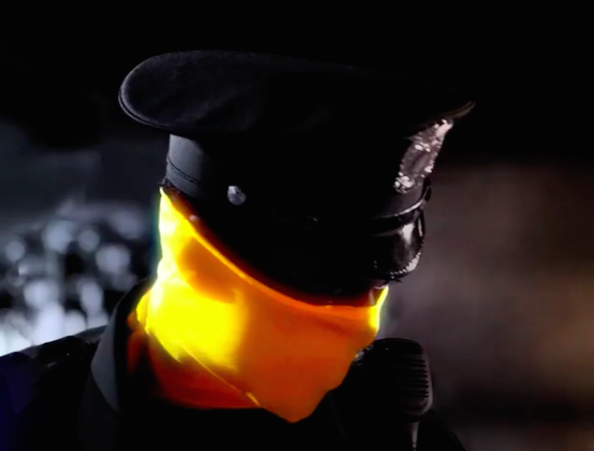 It wouldn’t be “Watchmen” without some of that iconic bright yellow.

As part of its first look at the upcoming Damon Lindelof-led series, HBO launched an official Instagram account to provide some gradual new information. Offering no other clarification beyond the caption “Who Watches the Watchmen” (invoking the phrase that peppers Alan Moore and Dave Gibbons’ original graphic novel), it’s a tantalizingly small glimpse at one of this series’ new characters.

We’ll leave it to facial feature analysts to parse which of the main cast this could be showing. As of now, the show has revealed an impressive ensemble, including Regina King, Jeremy Irons, Tim Blake Nelson, Louis Gossett Jr., and Don Johnson.

Still, there’s that unmistakable yellow color, which seems to support something that Lindelof has said publicly ever since the project was announced. The original dozen issues of “Watchmen,” he said in an Instagram post of his own near the end of May, “are sacred ground and they will not be retread nor recreated nor reproduced nor rebooted. They will, however be remixed.”

So here’s the first image, complete with law enforcement overtones. Whether it’s an actual police officer or someone pretending to be one will be an answer for another time.

See the preview GIF in question (alas, with no accompanying sound) below: