Stone's co-star Nicholas Hoult was asked to imagine invisible force fields were surrounding him in the audition room. 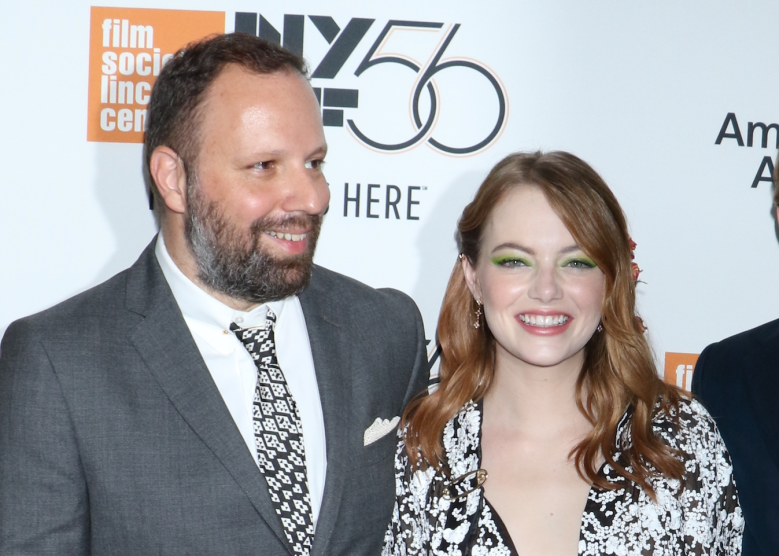 Yorgos Lanthimos’ films are weird, but it turns out Yorgos Lanthimos’ auditions are even weirder. The lauded Greek director recently brought his latest feature, “The Favourite,” to the opening night of the 56th New York Film Festival, and cast members Emma Stone and Nicholas Hoult teased some of their unusual auditions during their NYFF press conference (via USA Today).

“I auditioned for Yorgos, he had me pant like I was giving birth throughout the lines,” Stone said. “I think he just does this to everyone.”

“The Favourite” stars Stone as Abigail Masham, a new arrival to the court of Queen Anne (Olivia Colman) in the 18th century. Abigail ascends the ranks to become one of the Queen’s most trusted advisors, which creates a rivalry between herself and the Queen’s other beloved advisor, Sarah Churchill (Rachel Weisz). The fact that Stone was asked to pant like she was giving birth during her audition is bizarre, as Abigail never becomes pregnant or even pants excessively during “The Favourite.”

Stone’s co-star Nicholas Hoult had a similarly weird experience during his audition. “Yorgos asked me to hum while the person I was with said their lines, and then I had to imagine force fields around the room and sculpt them into things,” Hoult said. “There were lots of games like that throughout rehearsal as well. I’m not sure how it affects the performance.”

“I have no idea either,” Lanthimos added.

As one might expect from an 18th century period piece, there are no invisible force fields whatsoever at any point in “The Favourite.” While Lanthimos didn’t have an answer for why he makes his actors do weird things during auditions, it’s clear he wastes no time in introducing his performers to his unique worlds.

Fox Searchlight opens “The Favourite” in theaters on November 23.

This Article is related to: Film and tagged Emma Stone, Nicholas Hoult, The Favourite, Yorgos Lanthimos