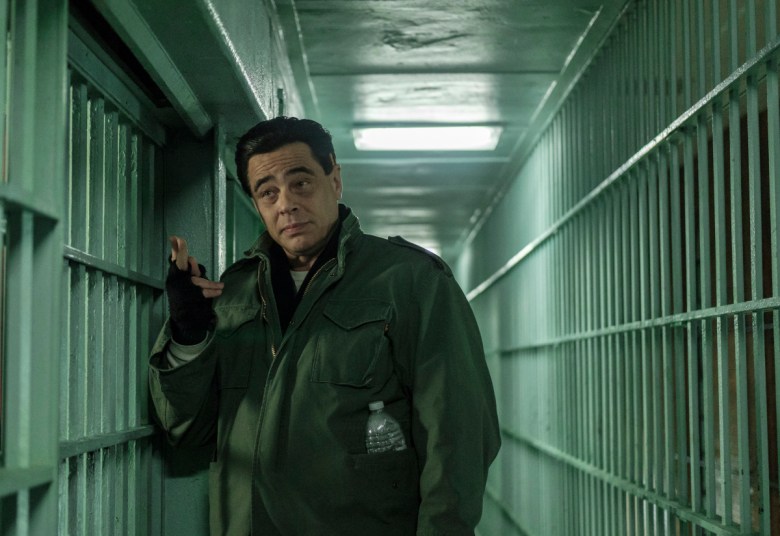 Ben Stiller and Patricia Arquette were co-stars in David O. Russell’s 1996 “Flirting With Disaster.” At the time, Stiller’s directing career limited to “The Ben Stiller Show” and “Reality Bites;” his now-cult favorite “The Cable Guy” was about to flop. Arquette was a burgeoning star and indie film darling thanks to her work in “True Romance” and “Ed Wood,” but she had yet to snag her Oscar, let alone the preceding Golden Globe and Emmy nominations. (In between, there were a few rough years plugging “Stigmata” and “Little Nicky.”)

Now the two are reinventing themselves, again. Each transform for the viewer in real time — figuratively for Stiller, quite literally with Arquette — in “Escape at Dannemora,” Showtime’s seven-part limited series about two inmates breaking out of the Clinton Correctional facility in 2015 and the woman who helped them do it. It’s Stiller’s first real drama as a director, and he’s created a thriller with the cold, blue look and feel of classic prison stories like “The Shawshank Redemption” and “Escape From Alcatraz.” Arquette, meanwhile, plays the drama’s pivotal assistant, Joyce “Tilly” Mitchell, ditching the soft voice and composed style of recent roles for a brazen upstate accent and 40 pounds gained for the part.

The efforts pay off. Along with stars Paul Dano and Benicio del Toro and writers Brett Johnson and Michael Tolkin, Stiller and Arquette make “Escape at Dannemora” an intense, exciting, and character-elevated miniseries. A focus on human error over institutional failings makes for a distinct and gripping experience.

Introduced first to Tilly, who’s already decked out in a black-and-white jumpsuit, “Escape at Dannemora” is told in flashback, but without cutaways to the present (a la “True Detective”) and with the insight of multiple perspectives. (The writers used a thorough report issued by the state to nail down the details.) Richard Matt (del Toro) and David Sweat (Dano) are two lifers living in the “Honor Block” of the Clinton Correctional facility, a very old, very cold prison housed in the northern New York village of Dannemora. Matt is well positioned on the inside. He can get whatever he wants through his close connection with a guard, Gene Palmer (David Morse), and he often trades original paintings (of everything from cute pugs to Tony Soprano) for favors with the art-loving officer. 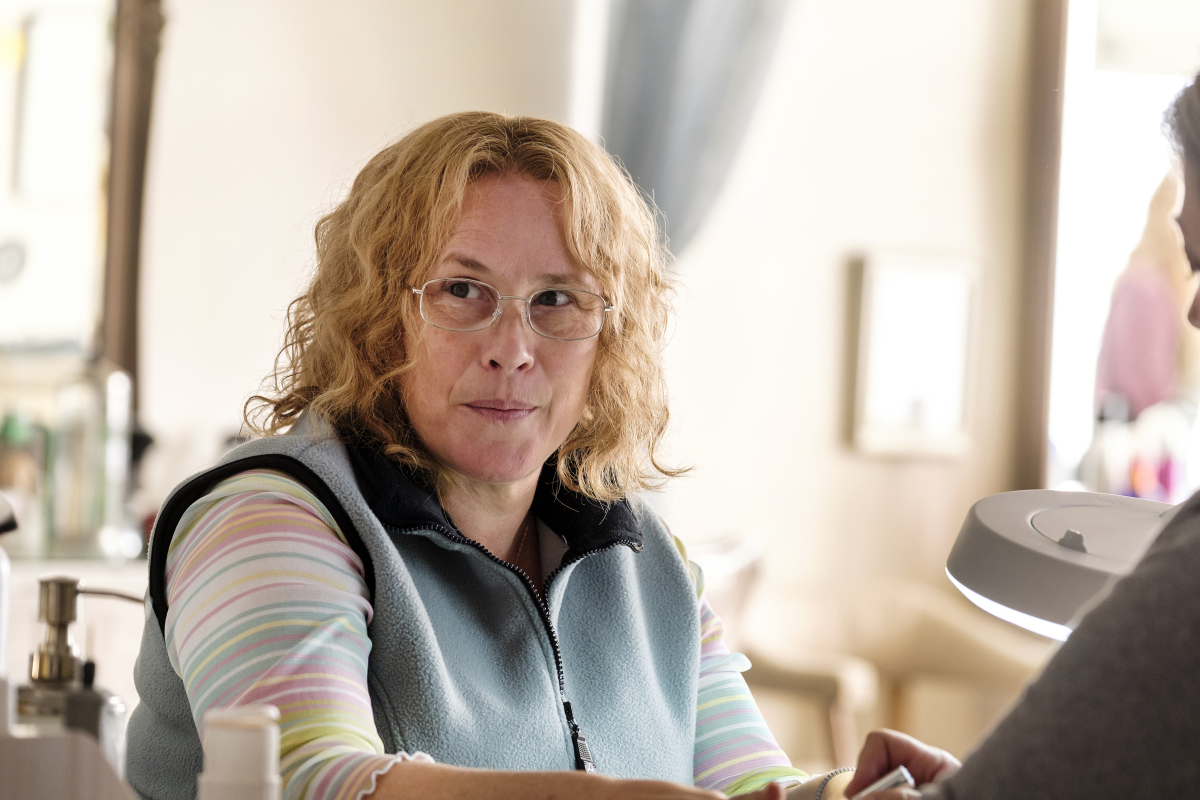 Patricia Arquette in “Escape at Dannemora”

Sweat is Matt’s friend, pupil, and a diligent worker. He studies under Matt to create his own original artwork, but he’s the supervisor in the inmates’ tailoring shop. It’s there he strikes up an affair with Tilly, the foreman, who’s married to one of the facility’s maintenance men, Lyle (played by Eric Lange, in a role far removed from his work on “Narcos”). What drives her to risk her job and her marriage by having sex in the back room of a sweatshop isn’t clear at first. The sex is utilitarian and quick, without any obvious romantic ties, but “Escape at Dannemora” slowly and assuredly peels back the layers to expose everyone involved.

While many escape narratives focus on finding and exploiting weaknesses in the prison, this series focuses on exploiting the weaknesses within people. Tilly is the key to getting the whole thing started, and how far she goes, where she draws the line, and what pushes her toward the decisions she made are all keenly explored. The seven episodes, especially the later entries, are also studiously observant of identity; specifically, how a person can assume (or craft) a persona based on the setting. As the old saying goes, prison changes people, but “Dannemora” is smart enough to realize it doesn’t change everyone into the same thing.

In turn, Stiller brings a lot of himself to the project. Pulsing with a diegetic soundtrack of classic rock and modern pop (Nick Jonas’ “Chains” plays a pivotal role, believe it or not), there’s a rebellious, if not outright comedic, tone that runs under the dramatic tension. The director has a bit of fun with Matt’s drawings (dropping them in the background of frames for unexpected levity) and Tilly’s wardrobe (a shopping montage is particularly boisterous), but there’s also a minutes- and miles-long tracking shot to kick off “Chapter 5” that churns with attitude. Not only does it show off the real-life locations that help ground the show, but it’s also a compelling presentation of how far the escapees have come — and how close they are to screwing it all up. 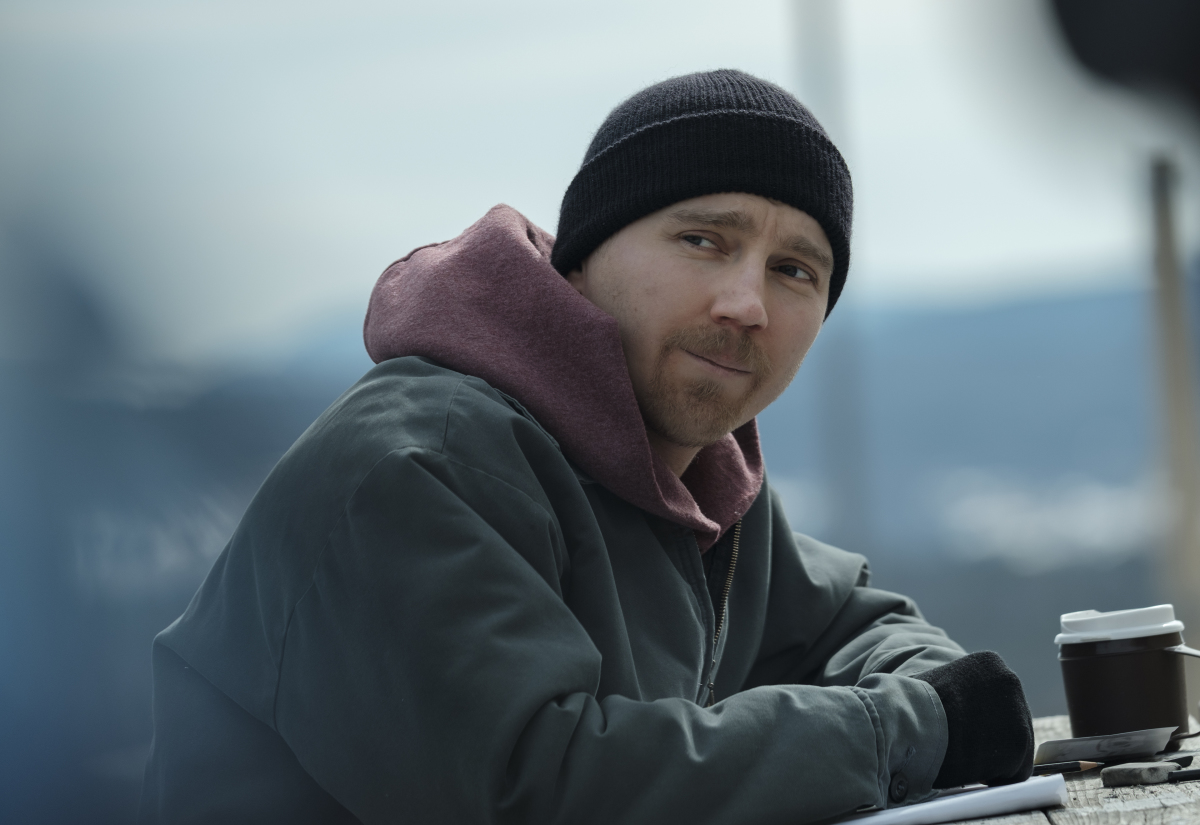 Paul Dano in “Escape at Dannemora”

But if Tilly is the key to the plot, it’s Arquette’s performance that revs the story’s engine. Tilly could be written off as a bored housewife whose itch for excitement got out of hand, if not for the obvious glee she shows in taunting authority figures. Count the times the guard on duty rolls his eyes at Tilly when she invites one of the inmates to the back room; they know what she’s doing, and she knows they know it, too. Tilly enjoys lying to their faces, knowing they can’t do anything about it, and Arquette mines that devilish glint for all its worth.

Imbuing her quietly disliked authority figure with enough bossiness to warrant her co-workers’ frustrations, the actor balances well-earned animosity with a persistent victimhood. Her voice reaches a sharp pitch when she’s angry, one that’s only matched by the same high tone when she’s about to start crying. It’s as though she can insult someone and invite pity at the same time. She’ll yell at Lyle for an ill-timed advance or following too many rules — since he’s not bright enough to call out her contradictions — but even when he’s trying to protect her from herself, Tilly has a way of making him feel like he’s taking her for granted.

Though the contributions of the full cast and crew can’t go undervalued, it’s Stiller and Arquette who push “Escape at Dannemora” above solid genre and into immersive TV for just about anyone. More than 20 years after their first film together, both artists are still finding new ways to tell stories. They’re escaping, too. After all, nobody likes being put in a box.

“Escape at Dannemora” premieres Sunday, November 18 at 10 p.m. on Showtime.

This Article is related to: Television and tagged Ben Stiller, Escape at Dannemora, Reviews, Showtime