This needs to stop before someone makes one for "The National Anthem." 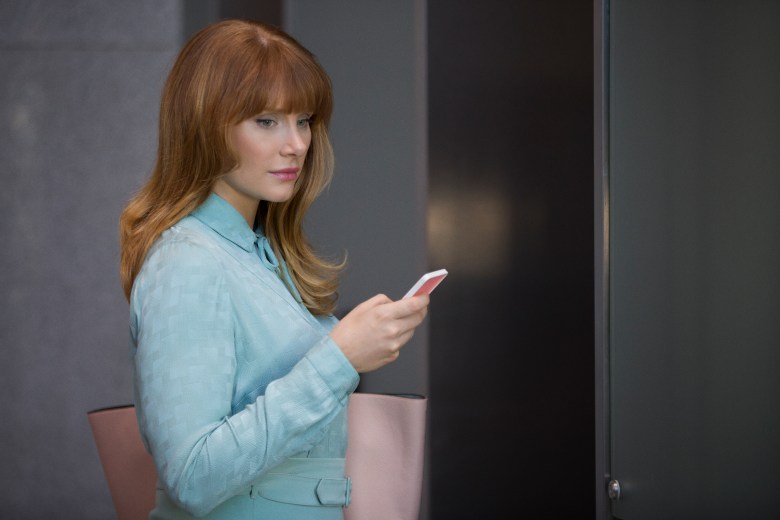 It’s hard to imagine anyone watching an episode of “Black Mirror” and thinking, “I would like to play a card game based on the dystopian aspects of modern society expressed in this chilling piece of entertainment!”

Yet, for those who saw the Season 3 installment “Nosedive” and thought that a system based on rating individuals and maintaining a perfect social score was a playful idea, a new card game is coming to retail outlets, just in time to permanently scar all the fans of deeply unsettling futurist sci-fi in your life.

For the low price of $19.99, you can own “Nosedive: A Social Game,” which draws from the plot of the Bryce Dallas Howard-led episode, set in a society where individuals are encouraged to rate each other on a five-star scale after interactions as wide-ranging as a transaction at a store or bumping into someone on the street.

The game’s official description says that players can “create a ‘perfect’ life by collecting Lifestyle cards, while avoiding any dings to your Social Score that could cause everything you’ve worked for to come crashing down.”

The game is apparently designed to work with an integrated app. Conceivably, that means that anyone can rate the app based on how well it approximates a hellish view of the future in which everything can be rated. Ah, the circle of life.

This does bring up the prospect of adapting other “Black Mirror” episodes into something playable. It’s only a matter of time before “Playtest” becomes its own VR experience. Perhaps a “USS Callister” would come next. And by then, maybe scientists will have perfected the memory-replay technology from “A Brief History of You” into a reality. Then everyone can celebrate with their “Be Right Back” dolls.

This Article is related to: Television and tagged Black Mirror, Netflix, Target