Cranston also looked back at the series finale, telling IndieWire: "Vince ended the series the way it was best. Walter White had to die." 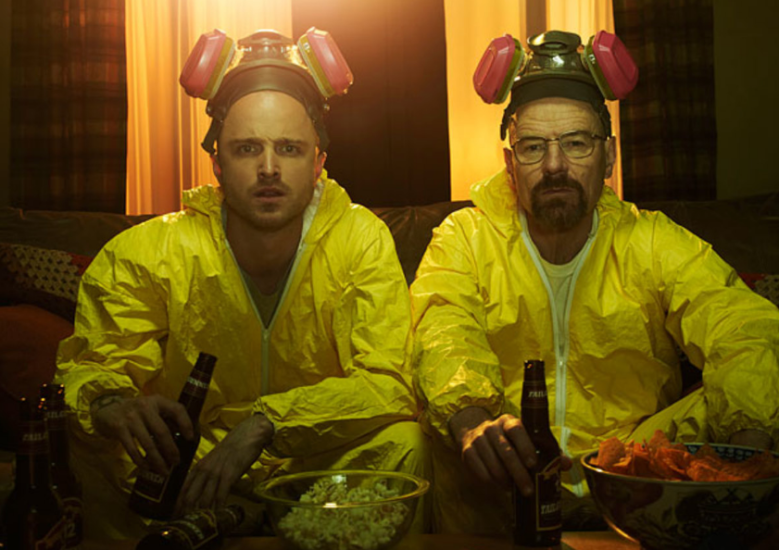 [Editor’s note: This article contains spoilers for the finale of “Breaking Bad.”]

Ever since news broke that a “Breaking Bad” movie was in the works, fans have been speculating where creator Vince Gilligan might take the now-iconic story. While there is still no official confirmation that a film is even happening, the Albuquerque Journal recently reported that the movie had begun shooting in New Mexico under the title “Greenbrier.” It is still unknown whether Bryan Cranston, who starred as the antihero Walter White, or Aaron Paul, who played his sidekick Jesse Pinkman would return for a movie. In a recent interview with IndieWire, Cranston did not confirm or deny the movie’s existence, but wondered how Walter would even appear.

“Well, I keep hearing about it. I honestly haven’t seen a script, I haven’t read a script,” said Cranston. “So I’m not positive that it’s actually happening or if I’m even – I don’t even know what I would be doing in it! I honestly don’t know any of that stuff. But Walter White is dead. How would we? I don’t know. Unless it’s all flashbacks.”

There are rumors that the film would focus on Jesse, which squares with interviews in which Gilligan has said that Jesse survives past the finale. (The Albuquerque Journal piece states that the film “tracks the escape of a kidnapped man and his quest for freedom.”) When asked what he would hope to see from a Jesse-focused film, Cranston jumped at the opportunity to first praise Paul’s acting.

“You know, the way Aaron just enveloped that character, or maybe the way Jesse Pinkman enveloped Aaron Paul, he filled him with such humanistic attraction. He just felt like a boy who was lost, and on the cusp of being a man, and missing some guide posts in his life. But — man — you fell for him,” Cranston said. “And I think Vince ended the series the way it was best. Walter White had to die. He was the person that brought upon all this disaster and decay. And Jesse Pinkman was almost kind of an innocent bystander to it, and paid the price for that.”

Gilligan has had major success with “Better Call Saul,” the first project to spring from the “Breaking Bad” universe. The series was met with skepticism when it was first announced, but — much like its predecessor — became an instant critical hit, having received 23 Emmy nominations to date. The prequel series takes a narrative turn from the original, so Cranston thinks a Jesse movie could digress similarly.

“I would like to see — and again I have no idea if this is what [Vince is] thinking about — I would like to see [Jesse] struggle to break that mold and eventually break out and find his own real true calling,” he said. “Something that empowered him as a human being, that is on the straight and narrow, that allows him to be able to open up, to let another human being into his life. And be happy. ‘Cause I don’t sense that he was really ever happy.”